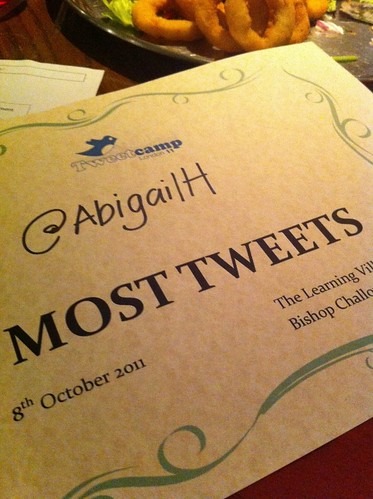 While I am intrigued by the technology and promise of open badges, and respect people who are part of the movement, it’s one of those things that Might Be Important But I Don’t Get All That Excited About. Or it’s like forms of art I know I should appreciate but just do not get. And it’s just too easy to take a cheap shot and invoke Gold Hat.

Before you think I am going to bark and growl about badges, I am not. I am intrigued to see how they develop.

What’s been swirling around in the back corners of my cortex is the idea of relying on external entities validation of who we are, what we can do, etc. And this goes further back than the digital era. That’s the story below. As Ira Glass says, “Stay with us…”

So as key as earning credit. recognition for skills achieved, demonstrated in or outside of formal education might be, to be it is of equal or even more importance that we continually maintain our own digital space that demonstrates who we are, what we do, rather then relying on Google or other entities to define out reputation.

That is a prime reason I keep at this blog space, rounding up to its tenth anniversary next year, as part of the Jon Udellian concept I value of narrating the work I do. It’s why the efforts of UMWDomains is so vital to some of us.

You can have third parties and analytics assign you a number (or worse), and you can narrate yourself. I am committed that the latter is crucial, though of course it does not alone act as a certified “thing”. But it provides a lot of key context.

Frankly I see open badges and managing your own digital self as complementary, yet I worry people might opt for a more automated approach, because it might be less effort.

And in life, there are always shades of complexity with being certified (reaching for but leaving behind the scare quotes).

While driving back to my Arizona home last week, I opted to take the more scenic, less Interstate-y, route across New Mexico by detouring through Socorro to US 60. It was a chance to get some authentic local food.

I actually broadcast this story out loud on ds106 radio, so maybe 3 people heard it. I will try and re-tell from memory.

My higher education experience started in 1981 at the University of Delaware, supported by my parents financial backing. I began as a Computer Science major, and hated it, after a year grew to dislike the abstract programming exercises. In my sophomore year, I convinced my folks that I would be happier switching from a field of certain employment to one that interested me more, Geology, one of much lower job prospects.

And that’s what kind of people my parents were, they questioned me, but supported my wishes. I like to think they saw this experience as more than a track into a job. Maybe they would have paid for me to go to thimble making school.

I did well academically in those two years, in some measure because I had learned how to succeed in school, how to take tests, how to write papers, etc. I had a good record on paper. My analytics would be bright green lights.

Looking back, however, I was so immature, with not a great deal of world awareness, and a boat load of insecurity hidden below a veneer of youthful bravado. I was rather unformed.

I felt like my life needed an adventure boost. I had not even traveled farther west than the Appalachian Mountains, certainly not out of the country; heck I had not even been to New York City. And it was not the first time that I got the idea that a geographic move would put a spark into life.

Since I was not very interested in my new academic field, I got the idea to transfer to a school out west. When you study geology in the East Coast (this is a great exaggeration), but you have to drive somewhere to maybe scrape a bush away to see a rock. Out west, as I imagined, and later found to be true, all that textbook stuff is laid out naked to see.

I did some research (pre-internet, I could not google anything) and found a school with one of the best repuations in the field, New Mexico Institute of Mining and Technology located in Socorro, New Mexico. I applied, and with my solid certifications, was accepted, and flew out there in September 1983. 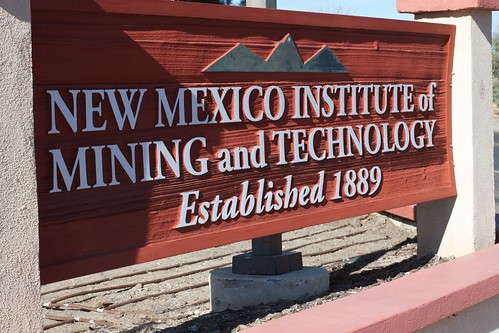 Again, my parents were there, I assume they paid for the flight. In fact I have no memory of this part, I knew I would have flow from Baltimore to Albuquerque, yet I have no idea how I got 70 miles south. I did not ride a bus, take a cab- I am guessing there might have been a van from the university.

It was exactly what I had asked for, a climate, scenery, and environment completely and radically different from where I had spent my life.

And I panicked. The differences overwhelmed me.

I was so not ready for this. I was so unformed as a young adult, though I did not do it at the time. it makes me wonder now, even as I look back 30 years with a much more experienced eye, even how my future self will look back at me now. But that’s a tangent.

The entire 2 or 3 days there is a blur I cannot remember. If I had stuck it out, I am sure I would have acclimated, befriended, and gone in a life direction that I can only make up where it would have gone. Maybe I own a mine now.

But I felt like I needed to escape, and before classes started so my parents did not accrue tuition bills (I actually never even talked about this period with them later in life, missed opportunity). I probably told them and NMT officials that I was off kilter with my diabetes.

Again, its all blurred, except I know that I was flying home (again on ticket probably bought at new cheap cost to my parents).

Life played itself out, a semester off, then one at the University of Maryland, a transfer back to Delaware, and a wonderful series of steps that included a trip west to Wyoming for summer field camp, going to grad school in Arizona, falling into a tech job at the Maricopa Community Colleges.. to here. Like everyone’s life paths, there are many branches we can only speculate about. We can wonder at the “what ifs” but its only useful if we extract something learned from them.

But last week I felt the need to just stand there and wonder, and reflect. And I have almost nothing to document that experience, no photos, no journals. no ideas written down. But more than that, I had all the paper certification to show I was ready for that educational experience, and I was so un-ready on a personal, developmental level. It actually shudders me to think how unformed I was. A work in progress, as is now.

These things are important, the things that aim to ascertain what we as individuals can do. It’s just not the whole picture, not that there is really anything that can capture that. Our digital selves ought to be as nuanced and complex as a real selves.

There is no grand conclusion here, just that take badges and certifications for what they are. They have value, but to me, its only in the context of quite a bit more do they make sense.

Do I get my Long Boring Blog Post Badge now?