What to GIF tonight? I was recalling a few photos I took of something in West Texas I spotted on my trip home in December. Then the lightning bolts flew, so thanks to Rowan Peter for the idea on my Who GIFs to include some Pete Townsend Windmill Powered GIFness

I had a series of 10 sequential shots of these windmills in motion: 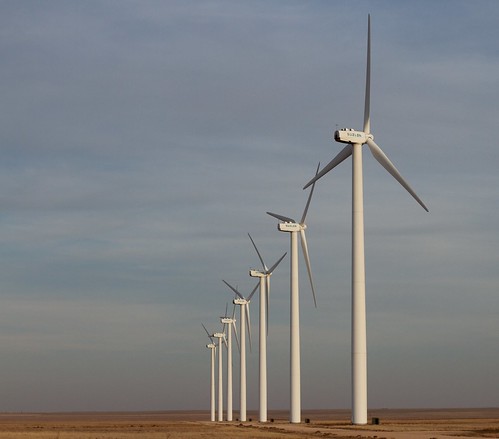 At the same spot I had done a Cinegram one, playing with freezing the rightmost tower and making the others move in a fun but not so useful for generating electricity fashion

From my series of photos, I imported them all into Photoshop as a Stack. In the animation palette, I converted the layers to frames. By examining the rotation, I was able to find 6 frames that did a smooth repetition, and deleted the rest,

I believe this was the footage of the Who’s last live concert performance at Shepperton Studios that was used in the film The Kids are Alright, the windmilling happening at the end of Won’t Get Fooled Again. (I am hoping a proper Who scholar will set me right).

By linking all of the pete frames, I aligned his chest with the hub of the front most windmills, resized him to fill the frame more, and then dropped the layer opacity to 55%. It was still a bit square and I felt like the background windmills were a bit hidden, so I applied a feather edge layer mask to Pete’s action.