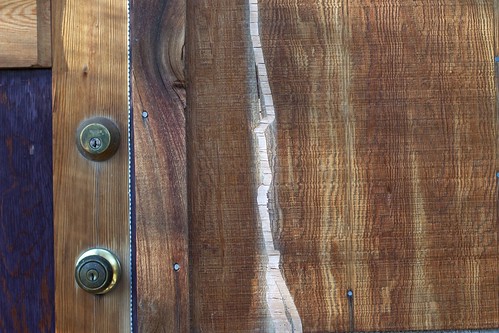 “Alan hope this finds you well. Jack passed away quietly on Friday, Feb 1, at 7 am.”

In one short email message, a doorway sadly closed. Jack was my neighbor here in Strawberry. With the last few years of my traveling and his health challenges, I’ve not seen Jack for quite some time. Like I am not even sure when the last time was. The email came from Jim, his son-in-law, who in that “it’s a small world irony”, we had a connection in that he works at one of the Maricopa Community Colleges.

In that photo above, I had written in November 2010:

@dailyshoot: 2010/11/11: Facades give buildings their public face. Make a photo of a building’s facade today that tells its story. #ds361

My next door neighbor’s house has an appropriate natural, weathered, and rustic exterior — which is almost how I’d describe it’s owner, Jack (but adding the part of being very warm inside).

Jack is an original resident of this neighboorhood in Strawberry, and built his own home in the early 1970 from a kit that was delivered to the property. Actually my house was the same kit, and he knew the people that built my place as well.

What kind of era was that when people built their own homes? That’s surely gone.

I enjoy the few times a year I get to see Jack and hear his stories.

And hopefully no one will ever get a crazy idea to paint this natural facade.

From the time my ex and I bought out place as a second home, Jack was always to shout out a friendly “howdy neighbor” when he saw us. It mattered not that he was someone who was an original land owner bought and built his house from that kit, and we were but another in a string of city dwellers who sought a refuge in the mountains.

I only have fragments of memories, and can only recall bits of stories he would tell, of years working as (?) a machine repairman for the electric company. Like often, I find scattered bits in my flickr stream, never complete full stories, but enough to rekindle them. 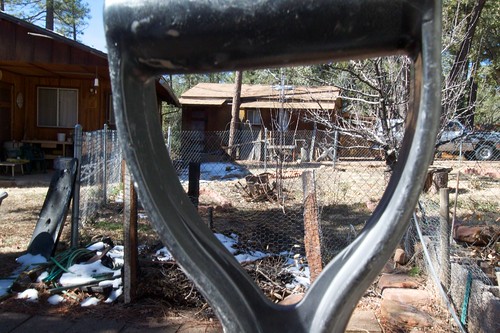 The lots here are small, mine a third of an acre, no different in scale from ones in the typical suburbs of Phoenix. But we have mountains, deep blue skies, towering pines, quiet spaces, strange animals that pass through.

I think of Jack as that lost breed of western types, people who worked hard doing real work (with their hands), fixing things – not paying people to fix them, spending long time out in the elements, skin leathered dry, weathered like those watchful juniper trees: 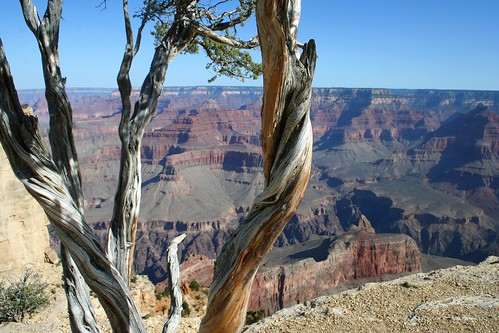 but who readily break into a smile and would never blink in hesitation to offer a hand moving a heavy rock or lend a tool or spare a cup of flour. Mostly, he liked to just chat, I remember most of the conversations in the space between our homes, or sitting on his porch. I am not sure I even saw the inside of his house beyond the front room.

He built his home in the mid 1970s, he described how it was delivered in parts, trusses, wall frames, beams, etc. The people who built my house got the same kit (I cannot remember the brand name, I know it was not Sears, I recall something like ‘homecraft”). I see quite a few of them here, usually identifiable by their basic shape. People which built them had options for the direction they built it- I am pretty sure my back door is intended as a front one, and the layout in Jack’s is a bit different, as he described they were able to customize the room spacings, plus he has an addition in the back.

He asked me once if I noticed the double main beam below my house, which I had. He described how the people who built it started work and realized the beam was starting to rotate, so they had to install a second more secure one. He talked about when they were working on the back deck, and left a cooler outside, and were awoken to the sounds of a bear who had picked up the color and smashed it open. He talked about his dog chasing off mountain lions from the property. He talked about his work driving down the rickety road to the bottom of Fossil Creek Canyon to do maintenance on the old Childs power plant.

In his back yard was a giant dish, from the earliest days of trying to get “connected” up here: 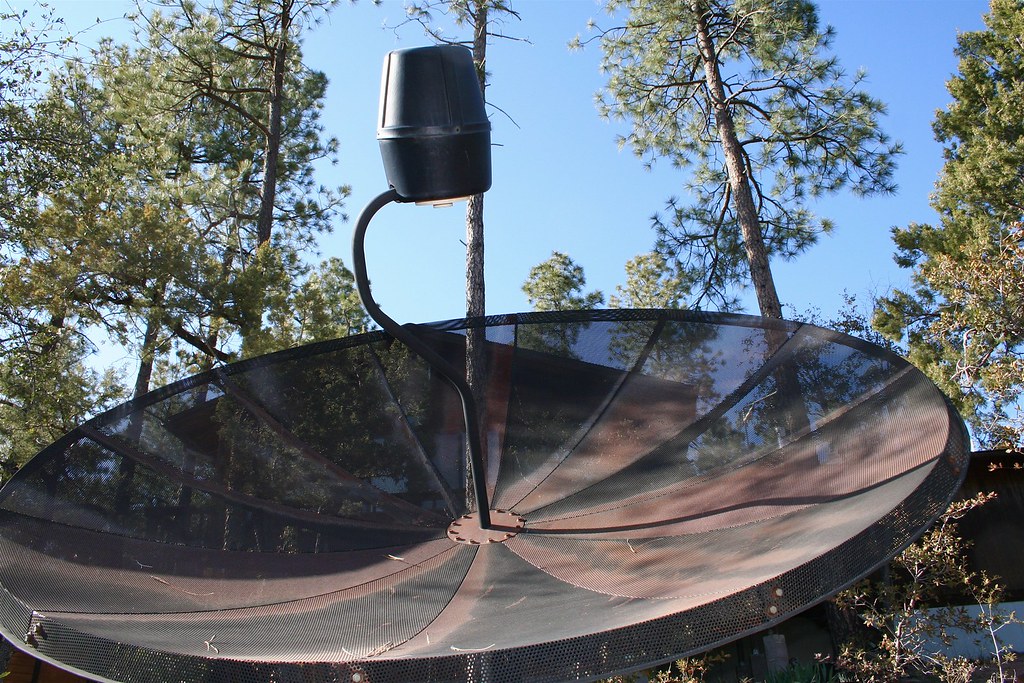 Something of pride was his old school Dodge pickup, which has been parked in the driveway as long as I have been here, but he kept in tuneup shape himself. 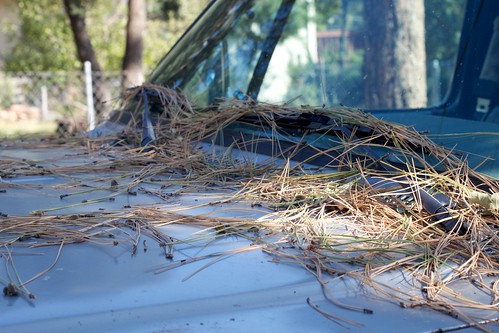 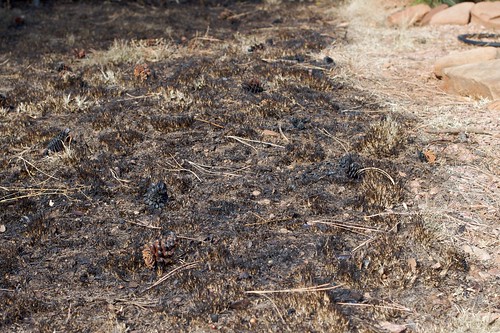 he just laughed and said, “well, at least the grass won’t need cutting”.

I know over the last 5 or so years, he dealt a lot more with health issues, and had many trips to the hospital in Phoenix. He talked as though he would rather be up here much more than in the city. He’d lost his first wife many years ago, and a friendship with her best friend (Marie had also lost her husband) became a new relationship for them both.

I am now rather dis-satisfied with how little I can remember of the details from his stories, and the typical remorse of not relishing time or capturing those stories settles in. I few story fragments to cobble together. That’s sad, but I am grateful for the bits of Jack I did get to experience.

They do not seem to make people like Jack any more.

Since returning here in December, I was looking forward to catching up, more likely in the Spring when I’d usually see him. There goes that possibility.

Howdy Jack, I will miss you. I think of you out in thees grand open Arizona spaces, relishing the big sun and whatever challenge was at hand.