I dread those meetings with my editor. She is rather harsh. Just the way she looks down on me. 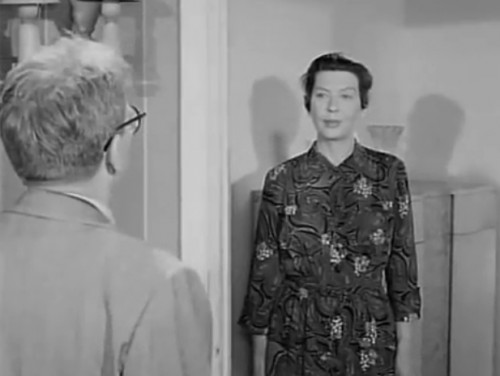 I have a new manuscript for her to review. 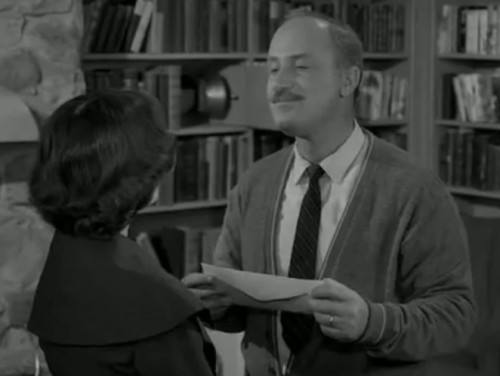 I just cannot predict how she will react. 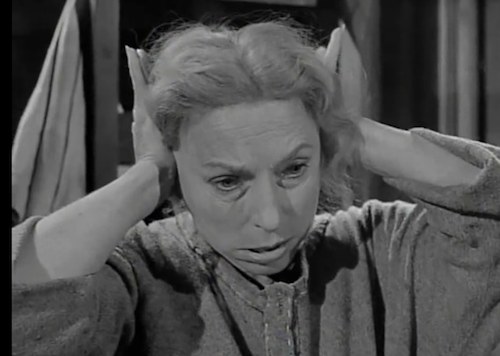 This was our last meeting.

This is my go at a new ds106 Sound Effects Story:

Tell a story using nothing but sound effects. There can be no verbal communication, only sound effects. Use at least five different sounds that you find online. The story can be no longer than 90 seconds.

As a change up, I opted to use sounds from a few Twilight Zone episodes I had downloaded for some other assignment work:

All of which were available (or a portion thereof) on the YouTube. I started by skimming each episode in video, and taking notes of what segments there were between the dialogue that I could extract as sound (if I were smarter, I might have noted the time in the clip the segment started), so my notes were:

And I just mixed and matched til I found a theme, a fair bit of sounds of paper being ruffled or snatched, and then the loud noises. I somehow got the idea of a very angry editor, and what old Hank Bemis Budding Author might have felt tip toeing in with a new draft, and knowing the ripping he would get.

So I then had an outline for my story:

I imported each clip into Audacity (free tip, you can import .mp4s and you get just the sound track) into one file, and then used that as a source to find the clips, and copy/paste to my working file. I snipped out some spoken segments, did a bit of level boosting, and snatched out some bits (door closing) to move elsewhere. Here is a snap of my work space: 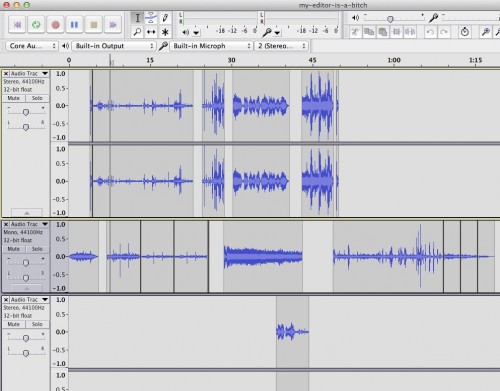 I use trims a lot, and the time shift tool to move clips laterally in time. It’s also recommended to pay attention to the starts and ends of short clips, using the fade-in / fade-out to smooth out any abrupt cuts, and as well to use layering of sounds to mix them together.

But it’s a long walk home from those meetings. you might feel like yelling “Where is Everybody?”