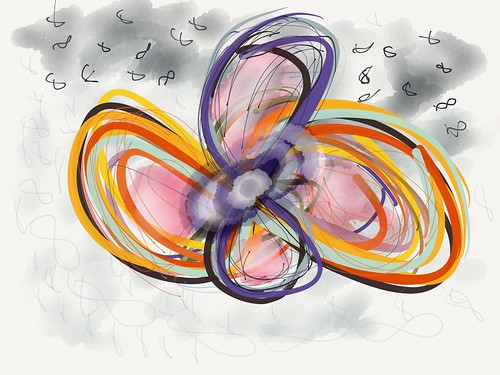 Today’s ds106 Daily Create was a drawing one

Today is the Eighth of July. Make an artistic drawing using only figure eights

I’m to blame for this one- wanted to avoid an American bias for July 4 so why not make the eighth the focus?

This was a free form doodle on the iPad with the Paper 53 app one I have enjoyed tinkering with to get over my mantra of .

There’s some mixture of the mild rain and grey clouds that I did as a background with the brush plus it has mixed with the brightness of my flowers represented in the colors of the 8 shapes. I was hoping to play with the idea of the 8 being rotated to become a symbol of infinity. 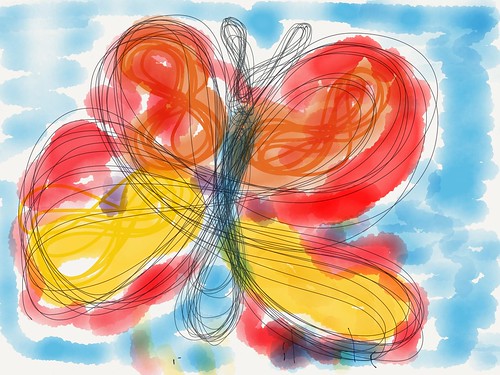