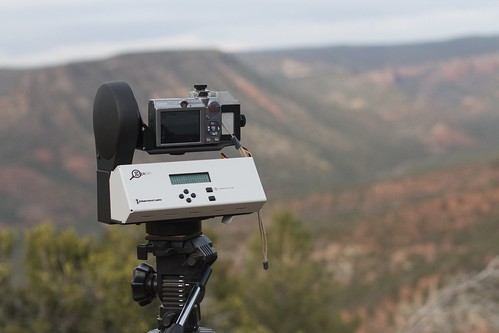 It’s been quite a while since I created a Gigapan panorama, the last one maybe in June of 2011 in Golden Colorado. A few weeks later I was at Grand Teton National Park, and after tossing my truck, I realized I must have left my trusty Canon Ixy 3000is camera in my hotel room back in Golden.

I think I got one of the last beta versions of this camera rig from Charmed Lab sin Austin. My colleague at the time, Keene Haywood, knew the developer and was “keen” (ugh) about the large navigable scenes that one could make with it. It is a motorized, computer controlled camera mount you put on a tripod. You set the top left and lower right corners, and the Gigapan device takes an overlapping series of images with your camera, its robot arm clicking the shutter as it moves the camera in specific increments.

The software stitches it together in a scene on the web site where you can pan and zoom into what becomes a large vistual image.

I was reminded it via a comment on an old post by Thomas in Norway who was trying to embed them in a blog.

So yesterday, it seemed like a good day to get out of the house. I drove out of town on Fossil Creek Road, which leads to the Fossil Creek trailhead, which leads to into Fossil Creek Canyon. I had hiked there a few weeks back and had remembered a nice spot with a sweeping view. Here is one of three I made; I was actually trying to place myself in it multiple times, but misjudged where the camera was pointed.

The light was not optimal, but I was more interested in seeing if I could remember how to create one.

Actually it took a bit of legwork before hand. First of all I had to find 6 fresh AA batteries. Then I found that my new compact camera 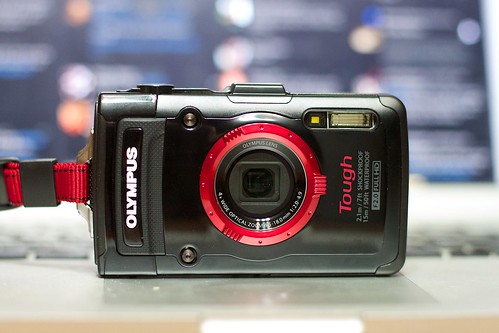 was not quite compact enough; it was to big for the camera rig.

This was my workhorse camera that I had used before, a special memory since I had bought the Canon IXY 3000is in Japan before the North American version (O think it is the 990SD) was available 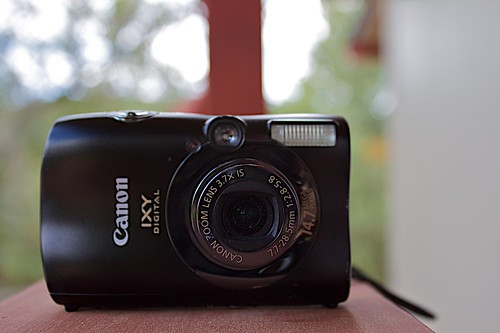 The reason for this was it made images at 14 MP, plus it had full manual modes

Then I remembered I had an older compact Canon, an 800IS 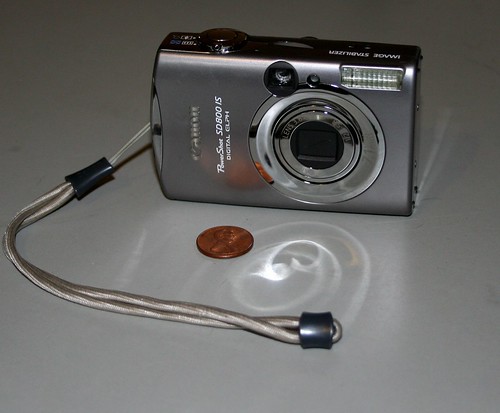 which certainly was small enough to fit on the Gigapan rig, made images only 7 MP (“only”).

More resolution makes for bigger and more detailed Gigapan scenes. So If I do much more of this, I’ll have to look for a used camera like I had before, The other thing the little IXY had going for it was that you could lock in the focus and exposure, so the images come out more even.

I’m not sure I will do much with it, but it’s fun to experiment. It never failed to draw a crowd of curious observers when I set it up in Shanghai in 2008: 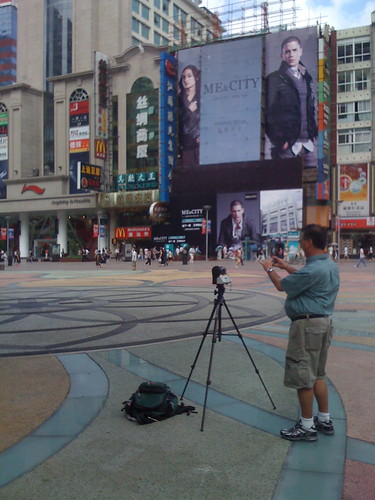 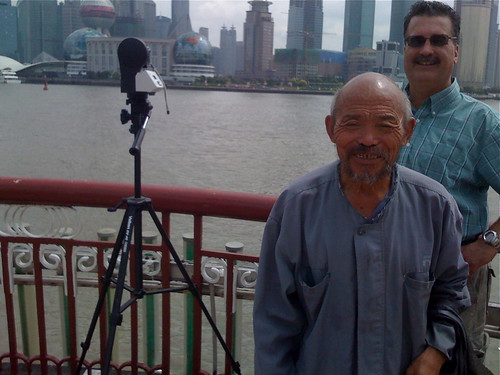 Now that they have higher end Gigapan rigs that hold DSLRS, you can see some insanely detailed scenes on the Gigapan site (some made of tens of thousands of images and 100s of Gb in size).

Heck, it’s just fun to play with cameras. That’s its own reward.

Of course, sometimes a panorama gets picked to be published in a 6 foot atlas (that scene has almost 5000 views!) (time for me to tell my own story)