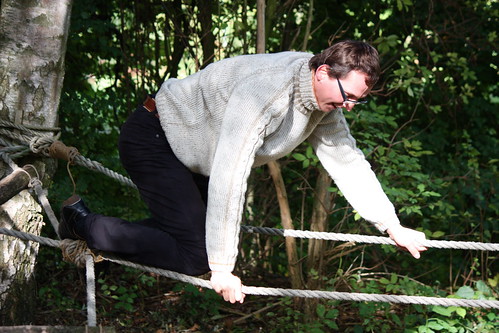 Few people can playful banter online as well as Dean Shareski, and I enjoy regular doses of Dean tweaking. Good gravy, he lives in a town named “Moose Jaw” that alone is material enough (and I have visited him there). He is terrified of Eastern Standard Time. He golfs. He tweets about his lack of pants and glorified naps and weird things his dog does and…

Dean continually advocates and exemplifies the idea of leveraging the strength of his online network, to what I like to think is an exaggerated extreme that the role of many of his peers are to built things to benefit him.

Here’s how it plays out. IN his way, Dean put out there his gaps of knowledge

Been using iphoto and photostreams for years. I stil don't understand how to properly organize photos.

I was actually out on a bike ride, but taking a break. Time enough for a helpful suggestion?

which Dean bats back

@cogdog I don't understand that. I need you to pull a @mhawksey and write a script that is just copy & paste.What have you done 4 me lately?

More banter. I tweet about being busy bike riding, and try to offer a last explanation. The twang back

@cogdog @mhawksey no rush. just have it to me by the end of the month. Better yet, plan a trip to Moose Jaw, I provide room and board.

@shareski you can figure it out

The words “I can’t” get to me. On it’s own it is two, err, three words, and do constitute a complete sentence. Sometimes it might mean “I just need help figuring it out, I’ve tries this bit that happened.” Other times it is our frequent self-limiting behavior when we concluded our capabilities.

I’ve come across this often in my teaching of ds106. Often it is “I’m not creative.” “I can’t draw” (I am quoting myself there). Nearly all of my my UMW students when we start our unit on audio, blog about how much they are dreading it. There is just so much self limiting language in the words “I can’t”.

Dean is an experienced teacher. I would have guessed he never tolerated that attitude from students.

@cogdog I told them to find smart people to help them. I'm a role model for that.

I am going to guess again that Dean is playing here. And this thing I am trying to word out is not about Dean at all. It’s about the way we approach the unknown, the new, the intimidating. 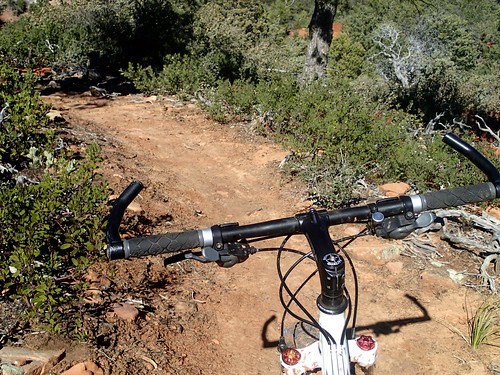 So this all occurred while I am out mountain biking. I have had one of these machines for many years, and more of my use has been casual riding. But in the last few months, I have been trying to push my abilities to trail riding, and I am very much just learning the balance, the technique. It is an experience that completely throws in your face what I think I can’t do./

I can;t climb that steep hump. I can’t negotiate over those rocks. I can’t cut that hard turn. I look at a section ahead, and my inner voice is already in “Can’t land”. And that is largely true, as I fumble around, end up stopping or worse, sometimes over the bars.

But every now and then, as I do more riding, I find myself being able to navigate some bits that I had not done the previous time or something I did not thing I could climb. Every time I surpass my threshold of what I thought I could not do, I get a little rush.

Of course I cannot outsource my mountain biking to someone else or use a magic script. Maybe the metaphor fails (like most do).

If you use “I can’t” language without any “try” in it, you get a self-fulfilling prophecy. Perfectly correct. But every time you try in the face of your own “I Can’t”, you progress, maybe in so small increments that they barely register.

I am far from being an adept or confident mountain bike rider. But pushing agains my own limits is the reward, often small. But totally worth it. I am sure Dean can find parallels in his pursuit of golf. He never says “I can’t golf.”

Maybe this is patently obvious or pointless, because Dean and I always enjoy a little back and forth with a dash of trash talking. I only do this with people I respect and know can dish it back.

Maybe on one of his big tour circuits, Dean can get me in on some gig, and we can do a shtick where he declares something technical he says he can’t do, and I try to prove him wrong. 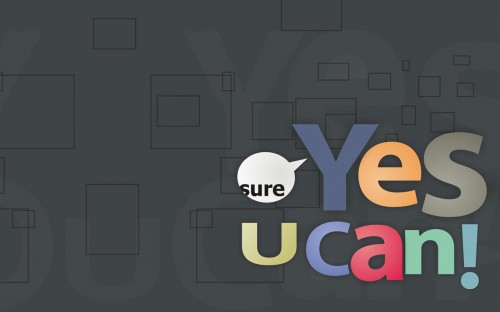