Yes, it’s was always and is still the double dipping of February family events- February 5 would have been my parents’ 64th Anniversary… and today would have been my Mom’s 85th Birthday. I am pretty sure she would be baking cookies this weekend, as she did here in 2010 during our regular Thanksgiving time here in Arizona 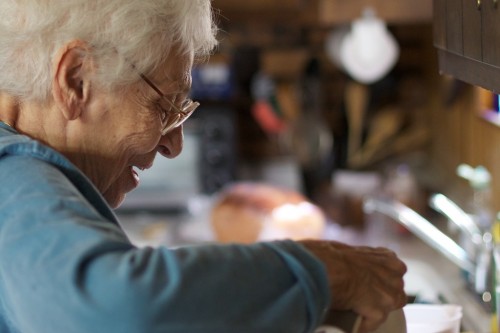 It’s hard not too remember the tremendous outpouring of Cookielove when she passed away unexpectedly in 2011, her last batch of cookies on the table at her house, hidden under a puzzle box.

Her system was simple, so simple, and made such a difference to people she interacted with

My nieces and my sister do a great job of carrying on Mom’s tradition; her a photo my sister just texted me 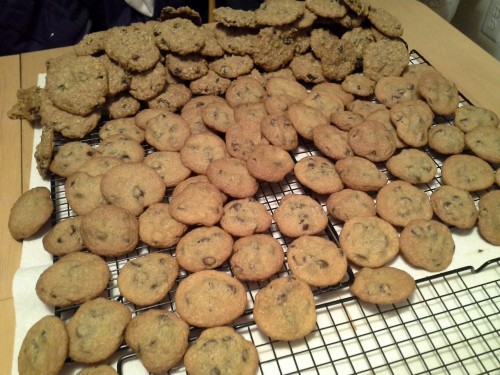 I miss the fun we had, such as when she did this shut of Thumbs Down for the Wired Boob issue 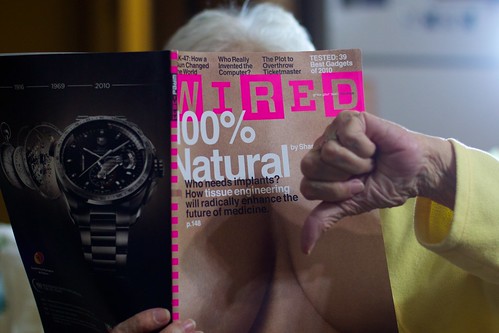 She was born in 1929 in Baltimore, and lived (for some reason this stays with me) at 710 Aisquith Street; the houses there now gone, but close to where Johns Hopkins Hospital is now. 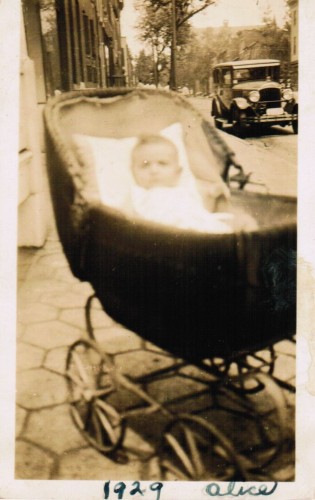 That’s looking back quite a ways through the lens of history. Look at the ornate baby carriage, and the old car up the street (someone did not lock the focus button on the camera… and they did not put it on Facebook). 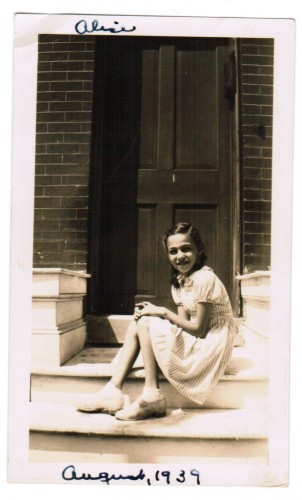 At ten years old, 1939… she lived through the Great Depression, though she talks about it in a way that shows it was around her, but maybe was not depressing, for how her Dad (a shoemaker) and Mom must have made do. 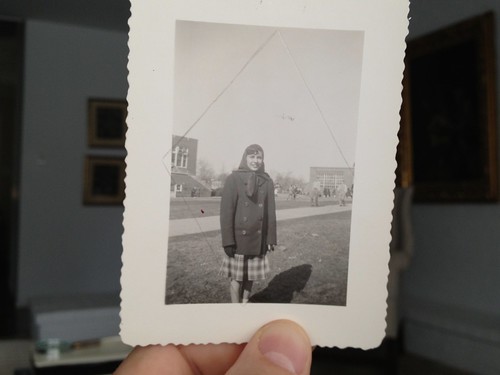 A teen-ager! Can your Mom really have been an actual teen? Here she is at 16, Forest Park High School. 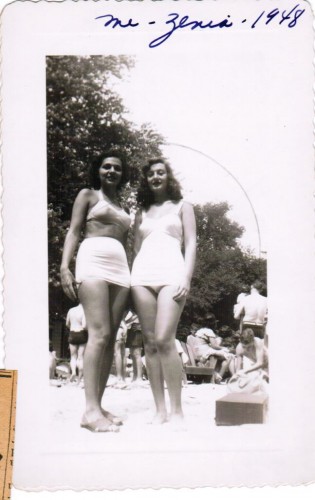 Look at the 19 year old bathing beauty, with her best friend “Zenia” likely at Garrison Park? The swim club was the place to be, this being the place she met my Dad. 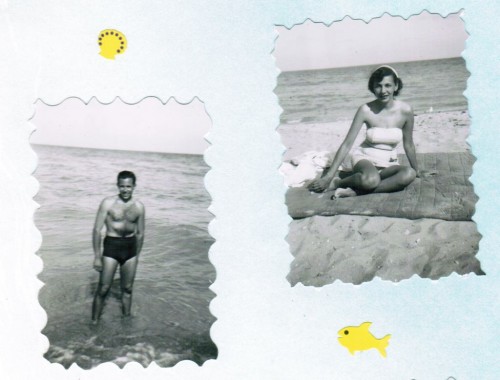 Just a year into marriage, my Dad could not find work in Baltimore as a bricklayer. They did a road trip, driving their Nash to my Dad’s Aunt Florence in Fort Lauderdale. Mom is 21 there, Dad 23. He could not find work there either — a whole different life would have been for me or not had they stayed. They returned to Baltimore.

I’m not too sure where or even when this was, but it had to be late 1980s given how punk young I look. 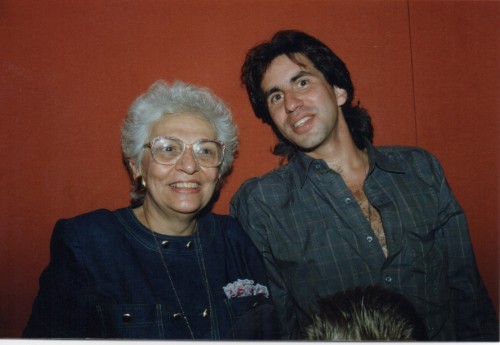 Mom was visiting the year we bought the house I am in now; this one was on a visit a few years later (2004) 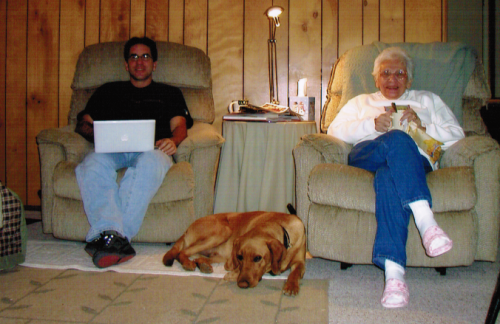 Me, Mickey, and Mom

We did a lot more of these visits after Dad passed away in 2001.

On one of those visits, she befriended (with cookies) a woman on the plan who turned out to be a manager for country singer Trisha Yearwood 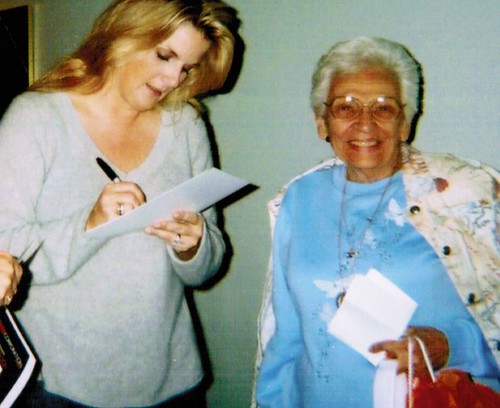 No surprise that when Trisha Yearwood came to Fort Myers for a conference, Mom’s friend made sure she got tickets, and a chance to meet Trisha (and hand her a bag of cookies).

Or there was the time on a visit here when Mom blurted out “What is this ‘twitter’ thing?” — I gave her a live lesson and people ended up tweeting back to Mom 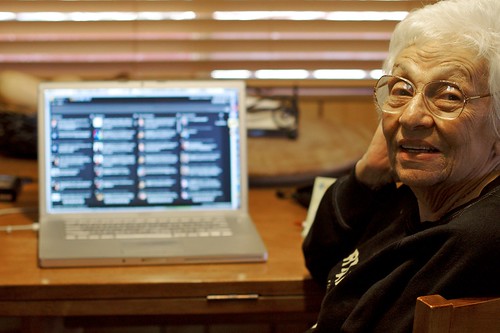 She was thrilled. How often to you get to explain Twitter in Mom English?

Mom carried in her purse a pack of her hand written recipes, always glad to share her famous Kugel 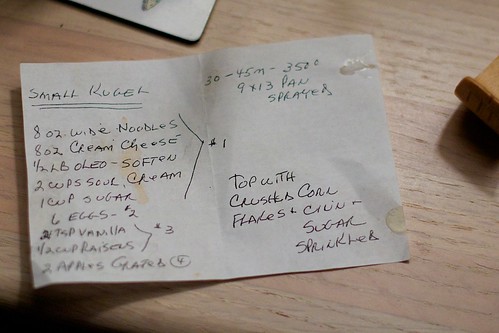 More. There was a memorable time in 2010 when I was in New York City for a conference, and Gardner Camobell was teasing me because I was never consistent pronouncing my names as “la-VEEN” or “le-VINE” — I always said it dod not matter. That was not good enough for Gardner, so while we waited in line for some Brooklyn Pizza, I had him call my Mom in Florida. 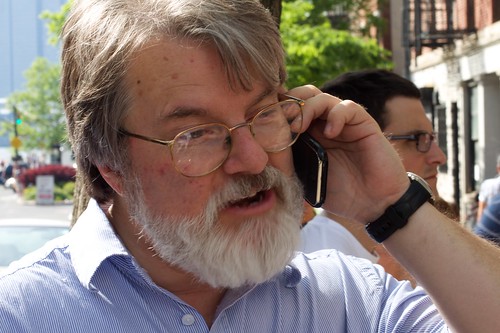 And Mom gave him the same answer I did!

I have so many of these memories. Sufficient.

I last saw her when I visited in February 2011, belated celebration of her 82nd Birthday, last time I spent time with her. 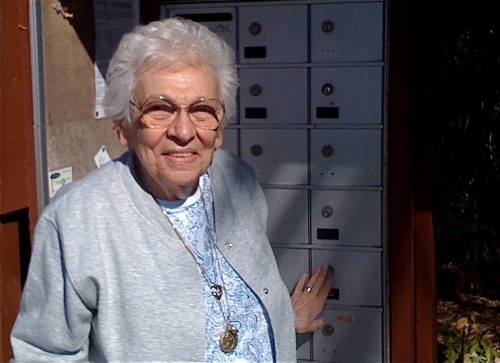 Left with pictures, trying to hold her in this world 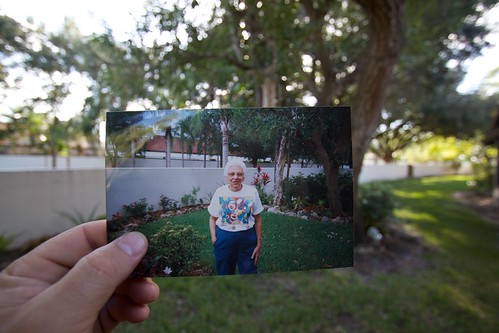 But she is in another 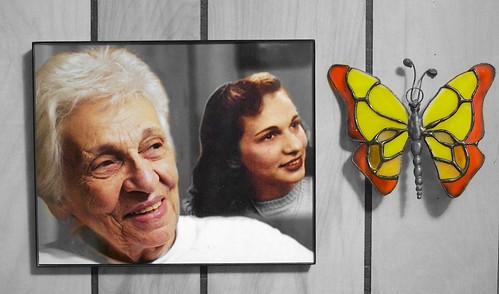 Happy Birthday Mom, this blog post is for you (she was a regular reader, never commented, but always reading).

I love you always.