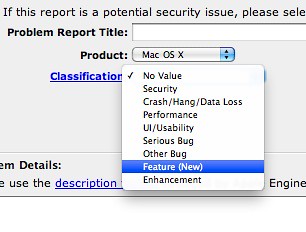 My experience went very smooth signing up for healthcare via the Affordable Care Act (which is the legal name of the law; any thimblebrains who keep haranguing about ObamaCare are flame throwing herrings).

I enrolled online early February, selected a Blue Cross Blue Shield of Arizona plan, and sent off my payment by mid February, so my new plan would start March 1. I got a lot of paperwork in the mail, and my new card.

Well, until Saturday when I opened my mail. There was a refund check from Blue Cross Blue Shield and all it said on the attached receipt was NOT EFFECTIVE.

Getting a check in the mail is nice, but not what I wanted. When I logged onto my account at Blue Cross Blue Shield of Arizona it said my policy was canceled.

I could not call them because it was on the weekend, so I tried the number for Healthcare.gov. I had almost no wait time; the first representative I spoke to apologized because her computer crashed; she forwarded me to a supervisor. This person was very helpful, and keep apologizing for waiting for her system to load. She confirmed that everything was correct according tot heir records, and advised me to call Blue Cross Blue Shield to ask why they cancelled my plan.

Today I called Blue Cross Blue Shield. Well I did wait a bit.

That thing while stuck on hold where they repeatedly tell you how you can find information online? #PhoneTreeWaterTorture

Cynthia answered my call, and when she checked the records for Blue Cross Blue Shield, she told me that Healthcare.gov had cancelled my plan, and I would need to talk to them.

But here was service. Rather then Cynthia just telling me to call someone else, she opened up the line and conferenced in Healthcare.gov (BTW, I learned if you say “representative” you can shortcut the phone tree). We went from James to ?? someone else before they figured out what happened.

And here is where the software comes into it.

When I originally signed up in early February, I selected a medical plan, but also chose an additional Dental plan, Best Dental. A week later, I found out my dentists does not accept that plan, so went back to healthcare.gov, and canceled the plan for Best Dental, and selected a new dental plan from Gigna. I made th epayment, and assumed everything was in place.

Except for this wtf.

Apparently, when I canceled the Best Dental plan, the healthcare.gov site automatically canceled my medical plan. There was likely a message, but I missed it.

There was no other notification, electronic, postal, that the medical plan I signed up for was canceled.

We had to escalate up two more levels of Healtcare.gov support, each time me conforming my name, phone number, etc for ID. Every representative was attentive and patient. Dominique ultimately re-entered all my info to re-establish my medical plan, Cynthia from Blue Cross Blue Shield stayed through the call (over an hour) to fill in info where necessary.

My plan is set to start April 1. They could not rescind the cancellation, and filing an appeal would have taken a lot more work and time. Since I have sufficient medicine for the rest of March, and no claims to file, I will roll the dice and go without insurance til APril (pocketing a month’s fees helps).

It may not be the safest approach, but that’s how I am rolling.

The design of this system can frankly use help in this small area which affected me. I was rather upset at first, but have to commend all the people who worked to straighten this situation out.

If I can avoid boulders falling on me til April, I should be ok.