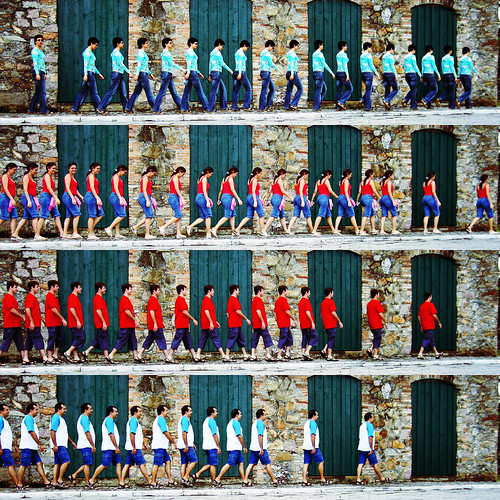 I am sure you have across this statement in blog posts, presentations promoting visual communication styles; it often cited as a “fact” (yep, I am using those kind of quotes):

In May 2012 I started digging back the layers to try and find the source of this research. By July all I had found was circular references, dead ends, and just whiffs of a trail. There is still a significant cash prize ($60, what do you think I am made of? that seems generous) on the table for the person who connects me to the actual research.

The 60 clams are sill in my wallet.

This week, Dean Shareski gave it a valiant effort by calling out (scare quotes coming) a Social Media “Scientist” who used it again, as “Fact”

@dkuropatwa @cogdog More 60,000 x faster "citeings" I'm trying to convince her not to use it but she's not getting it http://t.co/rwL1O72n5m

Here is where the fact is asserted

No I won’t tweet that. You should not either.

A scientist, IMHO, backs conclusions with facts, observations, data, valid references to support it. That is how science works. So let’s follow the trail; the link provided leads us to “We process visuals 60,000 times faster than text ““ Here’s WHY” (SAP Visual Enterprise, Dec 2011)

Visuals help to increase efficiency and effectiveness of communication. That is nothing new, especially for regular readers of this blog. But did you know that in fact we process visuals 60,000 times faster than text?

Even I was a bit surprised when I saw that number in an article written by Mike Parkinson, founder of Billion Dollar Graphics (BDG), a company that offers organizations and individuals tools to be more successful using effective visual communication. This article titled “The Power of Visual Communication”, can be found on the BDG website together with some other interesting information about visual communication.

The WHY gets less interesting to me, as the claim is left hanging in the wind. Oh let’s keep following it, where we get to Mike Parkinson’s Billion Dollar Graphics The Power of Visual Communication. Someone with that much money surely has an answer. The article is chock full of stuff, and at least does have real bonafide references at the bottom.

But there is no citation at all for the claim; it appears once again as an assertion, an assumed, a fact

You end up seeing stuff like from the Visual teaching Alliance “Professional Development for Primary, Secondary & University Educators/Administrators” surely they provide solid citations, it is cited as a FACT (all caps theirs, not mine):

You find stuff like in Teaching New Literacies in Grades 4-6: Resources for 21st-century Classrooms

But when you read Burmark’s book (the segment found in Google Books), you do not find the reference, just the repeated refrain

It goes on and on. Even when cited properly in MLA format, when you go to the “source” the 2001 3M document you get is not a research summary, not product of their R&D, but a sales brochure:

That’s it. It is not a source, but yet another in 60,000 chains of repetitions of the claim.

@shareski @dkuropatwa @cogdog … not your platform. Conversation over. The notation is all you're getting.

This is the SCAREQUOTES “improvements” the author added:

It should be noted that some people have discrepancies with the above stat. If you’d like more information on this, please see the comment below by Dean and follow his link for more research.)

F**** yeah, people have discrepancies with it, cause there is zero evidence to support it. Is that a “Low Down”? This is the justification for repeating it

Thanks for sharing your opinion, Dean. I too have heard this fact both in speeches from Facebook, LinkedIn and Instagram at SMWNYC this past February as well as in text (as linked). In any case, it makes sense that we process pictures faster than text ““ and whether that’s 60,000 times faster or 6,000 times faster it’s hugely important for brands to understand that in our noisy, fast-paced online world it’s important to utilize images, as well as “listen” to them for visual literacy.

In lieu of a direct link to a reference that supports the claim, we have a better “scientific” verification “peeches from Facebook, LinkedIn and Instagram”

The search goes on. I have yet to find proof that it exists yet that is not enough to be certain it doesn’t. Darren Kuropatwa got the closest at least finding the name of Jenn Manalo, Sr. Product Specialist, 3M Corp, who in a 1998 presentation mentioned the 60,000 number as a fact.

What seems likely was there was some internal 3M research. The one most closely associated with it was a 1986 paper by Vogel eta al Persuasion and the Role of Visual Presentation Support: The UM/3M Study which concluded:

Presentations using visual aids were found to be 43% more persuasive than unaided presentations.

This is not even in the neighborhood of the first of the 3M (2001) statements “Did you know that visual aids have been found to improve learning by up to 400 percent?” although “more persuasive” should not be equated to improving learning, and the numbers are wrong. 43% more persuasive is a bit less than 1.5 times more persuasive.

You will find this one repeated too, though it is not as powerful as the 60,000 one, but at least this one was a research study. But if you take this as a fact, and extrapolate a 1980s university study that compared a group of students who watched presentations, some with images, some without, to 2014 as a direct “Fact”… well., lemme show you some Arizona beach front property. It was one study, with media and participants 30 years ago.

I did get in touch by email with the study’s author, and as someone in the middle of 3M sponsored era of similar work, Doug Vogel was pretty darn close to what was going on:

The research that I did as a PhD student at the U. of Minnesota was involved with persuasion and the working paper that you found is actually the most complete description of the work (even beyond that which was ultimately reported in my thesis). I have not seen the 2001 3M publication but my research had nothing to do with visual processing speed.

I do have an inside contact, my ds106 colleague Rochelle Lockridge who is a strategic analyst for 3M. She has been asking the department head at 3M who manages this area of research, and has not yet been able to locate the source of the original 60,000 time research (Rochelle is still inquiring, all it means is that no one at 3M she has asked seems to have any recollection of the study).

The ironic thing is that it is actually a rather ludicrous claim in the first place. What do we mean by “information being processed” be it visual or text? Does it mean recognizing visual patterns, facial recognition which studies do show the brain can do very fast. Is that information? What does it mean to be “processed”? Recognized or understood” Is it conceptual? Do we see knowledge visually?

It’s almost like claiming that rock music can be processed more quickly than than primary colors. The comparison is just… pointless.

I am not invested in the proof or non proof of the claim, it is this willingness of people to repeat something as fact without going any farther then the previous blog post, status update, or Buzzfeed listicle to repeat it.

I have no illusions that this will ever stop. I applaud efforts to point this out to others, but it is tireless, thankless work. In the rush of being a social media maven, there’s little time to bother with pesky things like backing up your claims.

If course I believe visual information is important.

It’s why I teach digital storytelling, why I take so many photos, why I present on it.

But I do not lean on a baseless claim masquerading as a fact to make the assertion. Do you?

How does it feel to be set free? 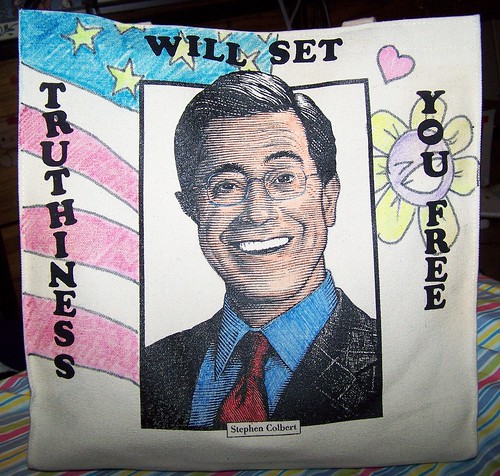