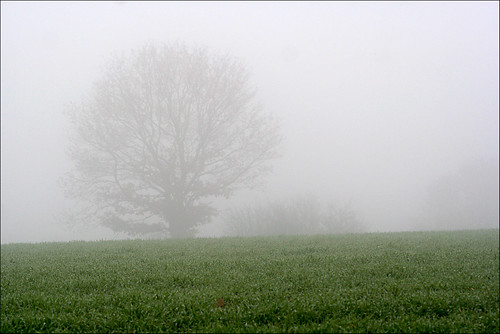 I am searching for images almost every day for blog posts, media projects; always seeking the ones licensed for re-use. I spent some time recently building a Mozilla Teaching Kit for this practice.

My go to tool is usually Compfight to search the creative commons licensed images from flickr, but I am also reaching into the ones Google Images claims are licensed for reuse. I even made a little browser quick search so I can do it in one motion.

But I am suspicious all is not kosher in the results.

Today I was looking for an image used in my last post to represent “feeding the machine” – in my mind I imagined an image of someone shoveling coal into a furnace, so I used Google Images, with the options preset for “Labeled for Non-commercial reuse”. The second image looked a tad promising, a closeup of a shovel full of black coal: 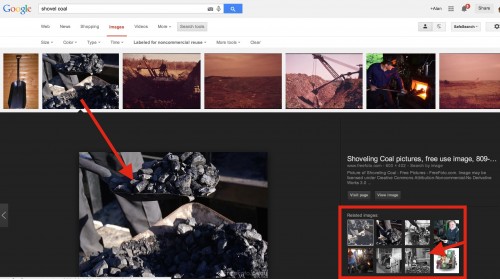 but also noticed the 8 other “related images”, and the third one in the second row caught my eye, it had what looked like an old time photo a man shoveling coal into a wall opening while a little girl watched. Classy. 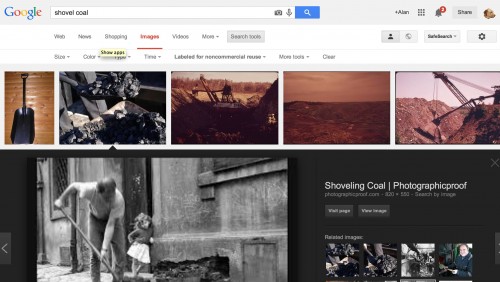 When I looked at the page for the photo, I saw I was on the site for Michael Angelo Truncale, what must by his photo portfolio. The strange thing I noticed was there was no mention of licenses, creative commons on his photo page, nor anything like metadata in the page of the photo (or for his main site).

So how the bleep did Google say this was licensed for non commercial reuse when there is no indication? I even check the image metadata on the downloaded image, and found no license info.

I decided to put a note in Michael’s contact form, just curious if he knew why Google would think his photo was licensed for reuse.

He called me in less than an hour. I was a bit stumped as to how he got my phone number until I remembered (doh) it was on his contact form. He seemed concerned about Google’s wording of “license for reuse” until I noted that it was listed as licensed for non-commercial reuse” He guessed that maybe Google matched it to the same image he has on flickr with a creative commons license (he did that for just a few photos).

Here is the photo on flickr, where it is pretty clear that the image can be reused 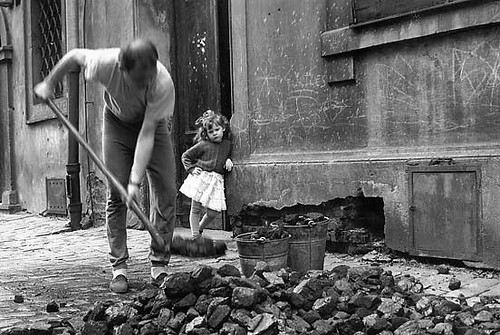 I was doubtful google would make that kind of connection, but just for fun, did a reverse image search on the one in the Google results, and it never pointed to the flickr URL, just his own.

I thought I had the smoking gun on Google… until Michael asked me the steps to produce the same results. I retraced my steps, starting with a Google Image search (filter by ones licensed for reuse) for the words “shovel coal”.

I don’t know about you, but this is pretty poor design. I search day and night, and I missed this important distinction- if I start a search with a condition, and click related images” that condition some be in place, unless I change it.

It sure tripped me up.

But there is another foul thing about Google Image’s Licensed for Image Reuse.

Let’s say I just happen to do a Google Image Search, filtered by images licensed for Nn Commercial Reuse for … baby pygmy hippo poster. The 4th one in the first row of results is adorable. 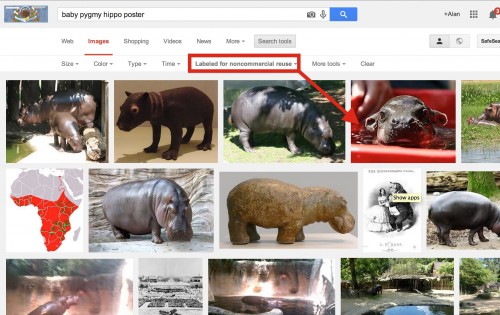 The image comes from an entry in a Blogger blog Lost in the Supermarket called “break glass in case of cute emergency”.

The image sure is cute, but it does not belong to the blogger. It looks like from the link to “slideshow” (DEAD LINK) that it came from the New York Daily News. If you scroll down to the bottom of the blog, the entire blog has a BY-NC-SA Creative commons license.

So Google is assuming that if a blog is licensed creative commons, that all images on the blog are too?

You what happens when you assume, Google? 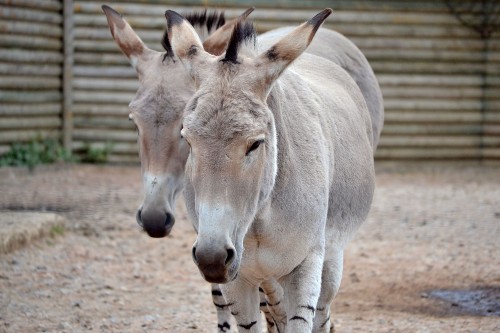