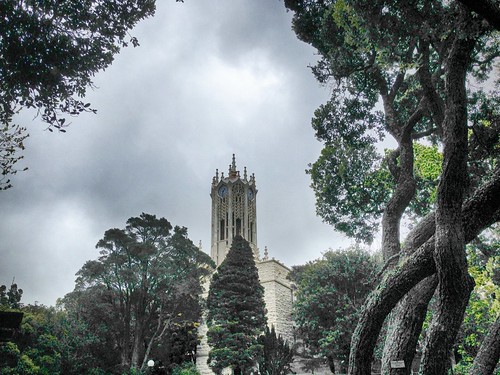 Monday. In Auckland. This means morning alarm clocks, dressing up, getting in the car, and going downtown. Hey, is this A JOB?

It’s a visit to The Auckland University, for the first of 4 speaking days in the area. This campus sits at a beautiful perch above the dowtown area, the middle part nestled amongst a park, and crowned by the classic citadel, a clock tower. It includes the Old Governor’s House, and a bunch of other buildings. On the other side of a thick rock wall, you find modern glass and steel campus facilities.

In the morning we met Claire Donald at the offices of CleAR, the Centre for Learning and Research in Higher Education. The last time I saw her, it was 2004 when she was at UNITEC.

For the morning session, Claire invited me to do a session for a Course in (Re)Design for Active Learning that included staff and graduate students; they had expressed in interest in the Storybox and we got a longer time slotted for this than my other sessions, so we not only got to do the activity of putting media into it, but a rich discussion of what its potential might be.

My memory will fuzz here, but some of the questions they had sent me earlier included:

What is the role of context, more specifically the lack of it, when interpreting a time capsule, and how the process of compiling one could be a powerful learning process in a variety of courses (e.g. determining what is salient and how to communicate this accurately to an unknown, uninitiated audience)?

What does a learning or teaching artefact communicate when stripped of its context? How do we choose artefacts, or recontextualise them, to communicate authorial (i.e. our) intent?

If we furnished students with these, could the recorded context support their interpretation of their deliberate measurements and observations? Could, for instance, an ecology student record all of birdsong, wind, vegetation and topography, and play through them again and again, unavoidably concurrent, to grasp a Gestalt not attained by summing the individual parts?

There were ideas about having perhaps the StoryBox not be a short term experiment, but maybe set up as an installation in a classroom (or museum space) so there was an planned, ongoing series of activities the called for sharing in and out of the box.

(note, my tired brain is totally missing a lot of the discussion here, so I am leaving it hoping for some neural rekindling later)

I was able to go a bit further and show them the build in Imageboard and the baby wiki I installed on the box. 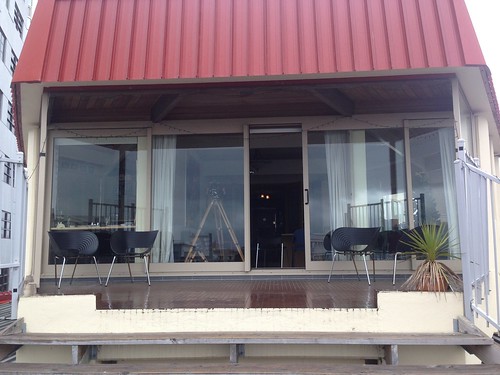 After lunch we got a special visit to a unique spot in the building- the top floor apartment which belonged to the original owner of the building. It’s been refurbished with a kind of private Victorian era parlor club, and its views are insanely beautiful.

After a walk across campus, I got set up for my afternoon talk (after a bit of confusion over a double booking of the room), a repeat of the Shar-E-Fest keynote, Being On/Of the Web

There is an audio recording of it.

This version included at the end the bit that happened to me this week with my photo and catfishing — mostly to show (I hoped) that they way to counter this kind of evil/malice on the web is to use the affordances of the web itself.

I think it was in this session that someone asked a question about what happens to our digital presence after we are no longer alive. I spoke about some of the web services meant to keep your digital presence present– later Claire sent me a sad story that just played out the day after my talk. Jared Noel was a yound doctor diagnosed with cancer.

In his Boredom Blog (tagline “When Chemotherapy gives you too much time on your hands…”) he’s been quite open about sharing his efforts to deal with the disease. His health care did not cover an experimental drug that was thought could extend his life, so an internet appeal raised the hundreds of thousands of dollars to pay for it; plus, in his last year he became a father.

Jared passed away the day someone asked about the question of who will maintain all our digital “stuff”– it looks like Jared wrote his last post and wanted his site to remain present after he was gone.

Jared passed away this morning, peacefully, at home, surrounded by love. This final blog post was written on 25 September when it was clear to Jared and all close to him that his time was nearing an end. To those who have followed this blog from the beginning or picked up along the way – thank you for journeying with Jared, for your camaraderie and encouragement. Sharing this journey gave Jared more purpose and fulfilment than can be expressed in words. We are so proud of him in every way and grateful for the immense love he brought to our lives. We will miss him always. Hannah and Elise.

The time leading up to my death was mixed with days of feeling well and days of feeling pretty terrible. I am thankful that we only have to go through this process once in our life. I would have liked to have written more leading up to my death but the reality was that the medication and my state of mind made it impossible to write coherent statements and turn them into phrases and paragraphs.

This reminded me of Derek Miller, a brilliant and openly sharing Vancouver photographer who I got to know through the Northern Voice conferences. Derek was diagnosed with cancer too, and blogged all through his chemo and efforts to stay alive. And like Jared, Derek and made plans for his last post and wanted his site kept open after he passed on.

His site is a legacy, and lives on at http://www.penmachine.com/:

Here it is. I’m dead, and this is my last post to my blog. In advance, I asked that once my body finally shut down from the punishments of my cancer, then my family and friends publish this prepared message I wrote—the first part of the process of turning this from an active website to an archive.

If you knew me at all in real life, you probably heard the news already from another source, but however you found out, consider this a confirmation: I was born on June 30, 1969 in Vancouver, Canada, and I died in Burnaby on May 3, 2011, age 41, of complications from stage 4 metastatic colorectal cancer. We all knew this was coming.

So there it is. This stuff matters. Facebook will not care about keeping your presence alive, other will other web services. They are ready to flush the data ASAP.

It’s on you to preserve your bits and memories. But don’t take my words as gospel, maybe consider what an eminent doctor wrote 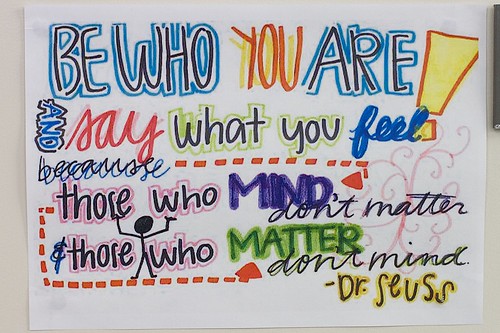