In less than 24 hours, via a google doc and some messaging, friends have helped me produce produce a song cover. Quite some time ago, Giulia Forsythe suggested I should do a cover of 50 Ways to Leave Your Lover for the 50 Web Ways to Tell a Story site.

At one time I looked up the guitar tabs, and was dismayed at the bizarre chords I found, like Cmin7dim9sus4/F (I exaggerate). A few nights ago, I caught on TV a very old episode of Saturday Night Live starrring Paul Simon, and as I watched him play the song, I was astonished. The chorus was a simple G- Bb – C progression! I found a simpler set of tabs (well except for that weird B7-9 chord), and started practicing. 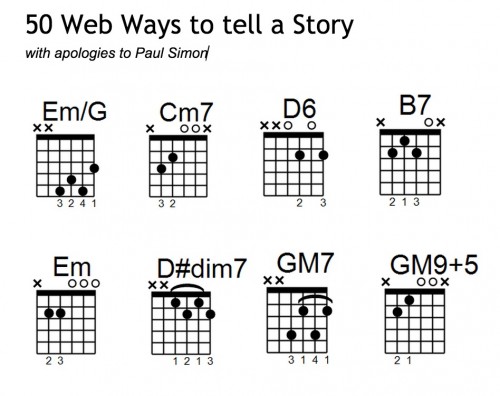 I decided last night, because the ripping asunder of our social fabric was so depressing, to try rewriting the lyrics to fit the 50 Web Ways mindset. I even found a site that generates chord diagrams so put them together in a google doc.

I shared it with Giulia, who helped fix the wording, as as with music and education gurus David Kernohan and Vivien Rolfe. Fresh off of a transatlantic site, I was delighted when David shared a link to backing music (bass, drums, rhodes, clavinet, strings and percussion).

Their track sound so good, and was rather intimidating to try and record me accompanying on guitar and vocals. I recorded this in Audacity, with the backing track playing in my headphones. 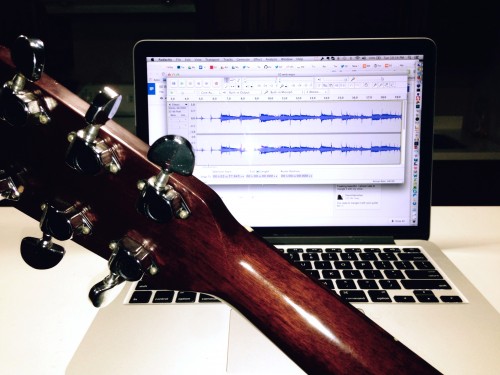 I’v never played to a backing track before, and have to say.. well I suck at at and that it’s hard. There was juggling starting the recording and flipping to the words in the google doc, and being able to scroll that mid-song. I did maybe 6 recordings before I got close. And when I played it back, OMG I was off beat so much! I did some tiny nip and tucking in Audacity to line my warbling up with the background track.

Anyhow, for what it’s not worth, here’s the song

Thanks David and Viv and Giulia for a collaboration experience.

I have a lot of practice to do. David make it look waaaaaaaay too easy. 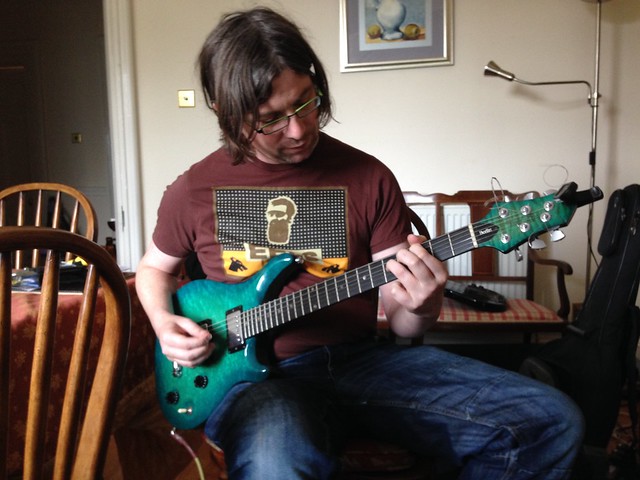 Gotta get the hands in the dough.