It’s a bit of a mind bend to calculate that it has been more than 9 years since I left my first “real” job — 14 years as an instructional technologist at the Maricopa Community Colleges. The real bend back to reality was the warm greetings I got today returning there for the 2015 Teaching with Technology Conference.

I cannot even give a number of how many hugs, and greetings I got from folks I used to work with, I made it a thing to grab some selfies though I am lost for a reason why they are all bros; I got probably more hellos from former female colleagues. If someone wants to visit a place where there is a lot of equity in educational technology leadership, look at Maricopa (not in my 6 photos) 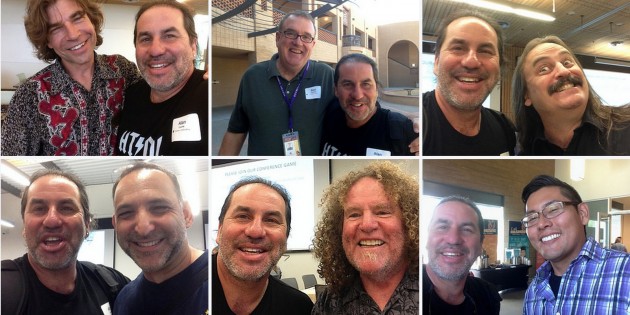 I’m most proud of Colen, bottom right, who was a student I hired at MCLI in 1999 and has grown into a technical wizard on his own, and has worked in the center since I left.

The timing worked well for me to spend time in Phoenix for this and visiting with the Cyber Salon folks at a pub called Ground Zero. Jeannette Shaffer, the event organizer, was kind enough to invite me to do a session. I decided to bring the idea of the DS106 Daily Create for a session I called (for reasons of making it vague) “Doing It Daily”

People who run races, musicians, and yes, even dentists know the benefit of practice and improvement via a regular daily routine. This same concept is used in The Daily Create (http://tdc.ds106.us), part of the open digital storytelling course DS106 (http://ds106.us), as a means to help people improve their creative skills with media. Each day since January 2011, the Daily Create publishes a challenge meant to be done in about 15 minutes, in the media of photography, drawing, audio, video, and writing. Try out the Daily Create for today, learn how the past challenges can be reused, and how you can create a Daily Challenge site for any topic via an open source WordPress Theme.

I deliberately decided to start without any explanation, and invited the group in the room to take on a challenge I set up on a site that uses the newer WordPress theme template I built based on the Daily Create. Their challenge was to tweet a photo to @youshow15 in response to Show opposites working together- make a yin yang image 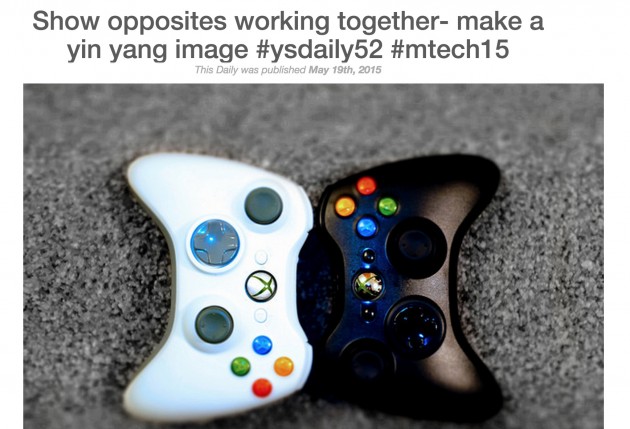 Then of course, I lost the room for a good ten minutes: 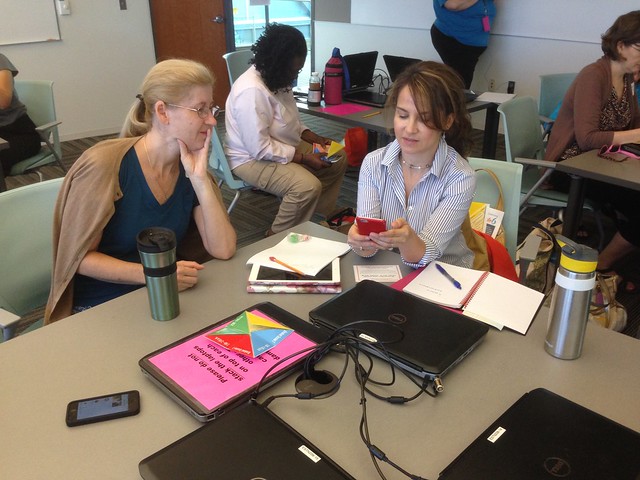 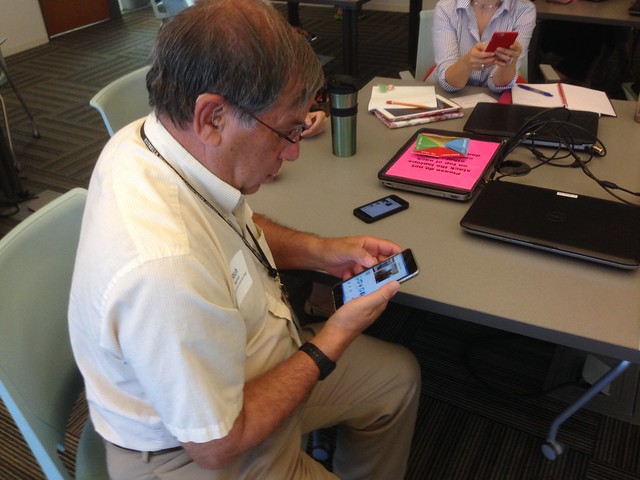 I did not show them until near the end how their tweeted photos showed up on the site. And I could not have gotten a much better set of examples showing that the results are seeing how many different ways people can create to respond to the challenge. I also teased them a bit about “why they even did it?” — there were not prizes, points, badges given, I am not grading them, but everybody in the room took on the assignment. 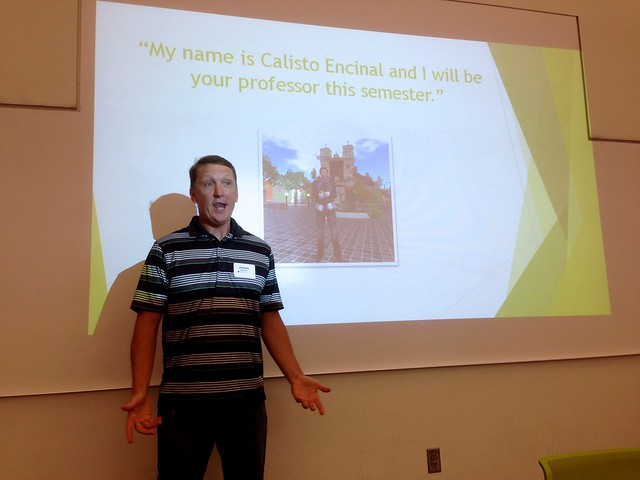 It was also great to listen to the work James Abraham has carried on valiantly in teaching Spanish in 3D Virtual Worlds; he gave me some overly generous credit for turning him on to Second Life when I was at NMC. I tried to impress him with my recently acquired Pigeon Spanish.

Yes, it was warmly overwhelming to be remembered by colleagues I have not worked with more more than 9 years. There are a lot of great educators in that system, and they almost seem to not know it. But mostly, they are good, warm people. I so lucked out in starting my career here. 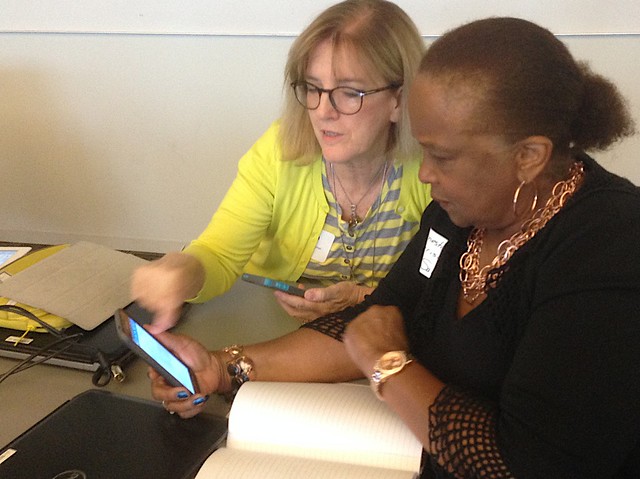