It’s hip now to lament the loss of some romanticized web. It’s lost. It’s dead. No the same folks say it’s not dead. Wait a minute, in 2015 it is finally dead. (actually we do). It’s boring. It’s lost that loving feeling. It needs to be made fun again.

My vantage point is much lower than people who pen for medium and the verge and whatever is the latest hip place to have eyeballs all over your words.

Every day I seem to find, weird, wonderful, jaw dropping, how the ***** did that do that things, ideas that bend my mind… on the same lost/boring/dead/non fun web.

Maybe I am using the wrong web.

That haunting, bizarre image of Baby Jane at the top of this post? The one that is shared on flickr in a form giving me free reign to use it? It found it in less than one minute by searching Google Images for open licensed images matching the search terms “weird wonderful”.

If that does not give you pause, maybe you’re spending too much time debating the merits of web apps versus mobile ones.

Maybe those pontificators have seen every last corner, nook, cranny that is out there on the web, and can make such sweeping generalizations about it being lost/dead/dumb/dull. But as a space nearly infinite in breadth and weird depths I do not see who the ***** can generalize it based on what they glean from their singular perspective.

To make such grandiose claims suggests to be levels of superpowers not possible.

It’s that big. Like Geological Time scale big. It dwarfs our human perspectives. 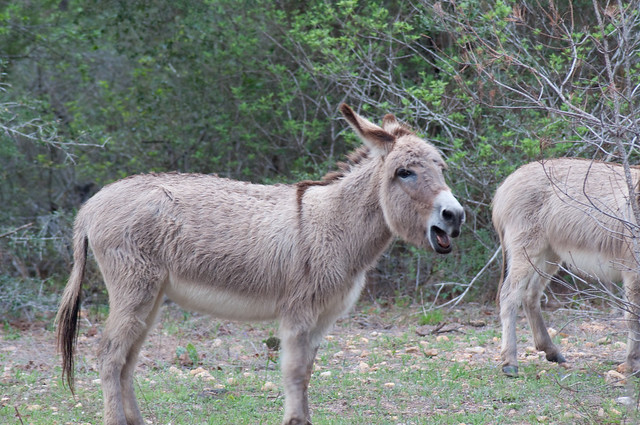 flickr photo shared by Jonathan.vail under a Creative Commons ( BY ) license

To paraphrase the great Neil Young from a different context, I think they are looking at the wrong end of the web donkey. Does anyone not remember the Long Tail? All of the lamenting, hand wringing, crying to the moon is focused completely on the head of the curve.

The bag of gold is in the tail.

Who am I to counter? Yes, there are significant threatening issues with the control of the web by the cable lords, and the dangers of running out of IP addresses. There are rampant abuses of our data. It’s a mess. I cannot explain it all.

But as long as I continually find stuff on the web that makes me as excited as that first click of Mosaic in 1993, I think the web is quite fine, way out on the weird tail.

There’s a lot out here besides counting your medium clicks.

The one that bugs me the most is “the web is boring.”

If I ever said that as a kid to my Mom, the door would be flung open and she would say “well go outside and play!” a.k.a. get off your whiney ass and do something.

Or as my good friend Barbara Sawhill noted today:

A nod to my now departed grandmother, who always told us this:
https://t.co/Afazvmw1UI

Boredom is your own fault. Always.

If you are bored of the web, please get the f**** off of it, you are taking up bandwidth and IP addresses.

There is a high chance I am totally wrong and the web will melt down tomorrow in a giant pool of plasma ooze. And for those who depend on the web to give the experience to them like some magic tv screen, well they will be SOL.

But for those who live for the weird stuff out on the long tail, who get their hands dirty tinkering, it just means putting that spirit into something else.

It’s not the web that’s lost/boring/dying/not fun… it is us.

Because I am having a blast on the web. Every freaking day.

UPDATE: Like 30 minutes later
I should not have included Hossein Derakhshan’s The Web We Have to Save in the opening list of complainers. First of all, his perspective having been in Iranian jail for 6 years is more poignant and clear than most, as he is truly seeing a web that has changed. I feel like I have insulted his experience and I have no place doing that. Plus, what he is advocating aligns to my allegiance to a claimed blog space as primary. So I am crossing his off the list.

Also, I in no way am being nostalgic for the web of the 1990s. It was magic, yes, electric, it gave birth to my career, but that is not the web I seek. It’s the spirit of the people in that era I seek.