This morning’s “do the math and taste your antiquity moment” was before a workshop here at Universidad del Sagrado Corazón.

In the euphoria of my first year on the web (which is honestly still euphoric) my first presentation about the web (and also on the web) was Providing Structured Multimedia Learning Environments- Mosaic for the Internet for the Association for Applied Interactive Multimedia Conference, July 21-23, 1994 in Charleston, South Carolina.

More than twenty two years ago. The web page still works http://mcli.cogdogblog.com/aaim/. Tell me what other technology you used in 1994 can make that claim.

Limited numbers of copies on floppy disk (both Macintosh and Windows formats) will be available to attendees of the 1994 AAIM conference.

Well, anyhow, what I did then, and pretty, much what I did today was to show examples of interesting web sites.

Lists of links. I made lists of Community College web sites. Lists of teaching and learning sites on the web. Eventually I built a Bag of URLs collection. 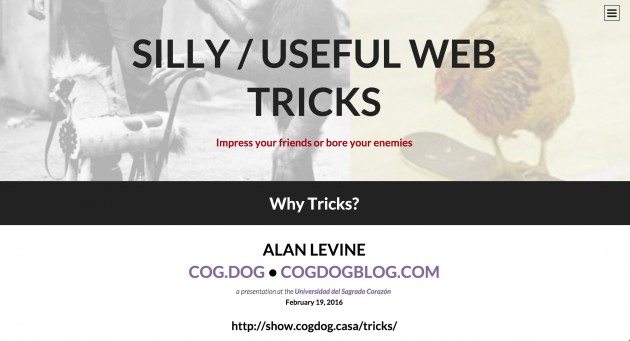 We did have an opening run through pechaflickr – the chosen tag was “vacation” and you know what, the photos were not so great. They did it in English, and I liked Doribel’s suggestion for them to try it in Spanish. It was about the same. Sometimes you just don’t get the whack pictures in the mix.

It was not meant by any means to be über comprehensive, just a variety pack of single purpose web-based tools, some that might be useful as is, and some that are just interesting for what they show is possible on the web (like the web version of Spirograph).

I demo-ed through the first three categories before our coffee and snack break. After break, i gave them the option to demo the rest, but they took the option I hoped for, where they explored on their own.

Quite a few of them spent time searching through animated GIFs at giphy.com — I spotted you, Doribel, making one. 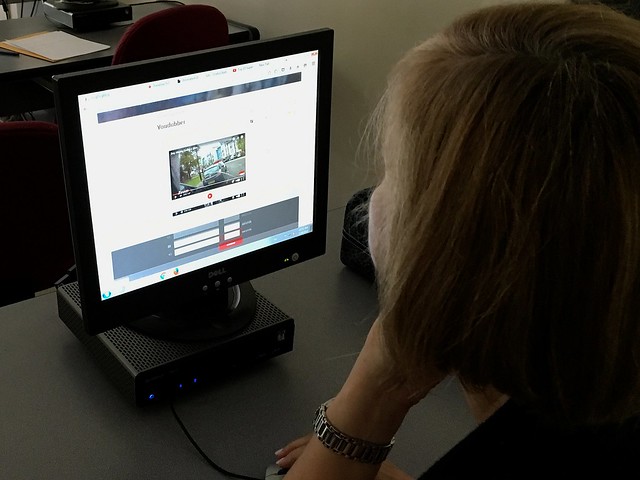 I saw Antonio building a page with Odyssey. With mostly science teachers in the room, I saw at least three of them exploring the real time earthquake map and noted that they went off from there to some of the other incident maps. And many liked seeing geolocated tweets happen in real time at Tweetping. Carmen, who teaches Biology, had an even stronger interest in the visual tools (I ended up showing her Big Huge Labs which was not even in my list).

My idea as to ask them to share what they found, or tools they knew of via the comments box at the bottom of each section.

(Comments, are of maybe, a theoretical construct when Points Are Not Attached?)

Maybe the most interest and fascination came when I played Listen to Wikipedia, the site that associates musical tones with the real time edit activity of Wikipedia. As it turns, out it made for nice background music for the rest of the workshop. 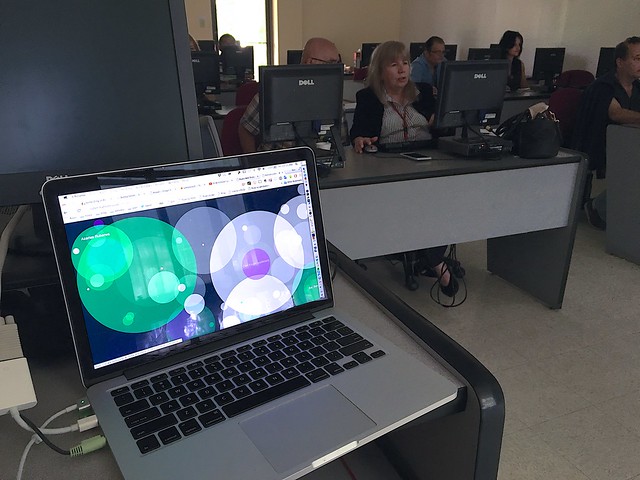 After tweeting that, the internet does what it does– I got a response from someone I did not know, who shared a site that did something like that with bitcoin activity, check out BitListen

@cogdog I always like the sound of bitcoins. Soothing and slightly sinister…..https://t.co/Z7xeYSe6cU 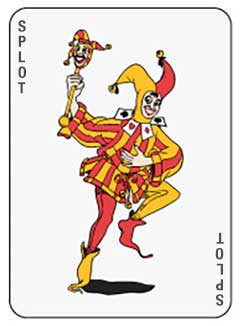 I had plans to transition to talk about and demo SPLOTs, but they were so engrossed in exploring, I could not find an important reason to pull them away.

Too bad, as I had designed that special SPLOT card. At least I restrained from putting Brian’s face on the card…

Now did I get to use the slight remix I made for SPLOT… who now has an official comic character. 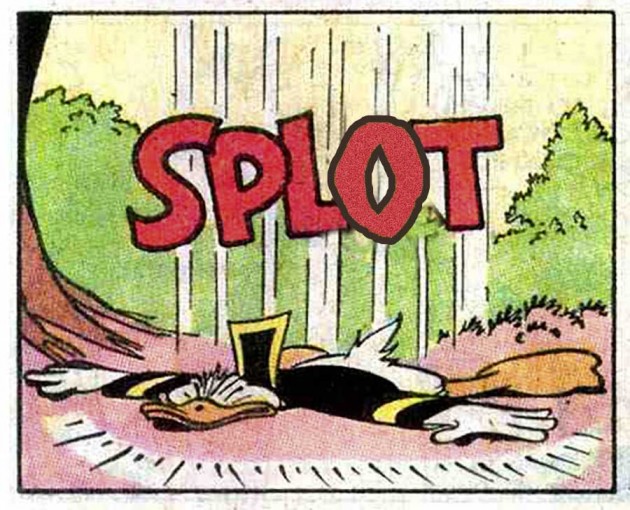 It’s not for a loss, I am going to likely use this for a larger presentation next Friday, my last gig here.

And a nice touch, along with the coffee, fresh bread, brazos gitano, Myra’s fresjh fruit with coconut, is how they seem to like gathering at the end of a workshop for a group photo 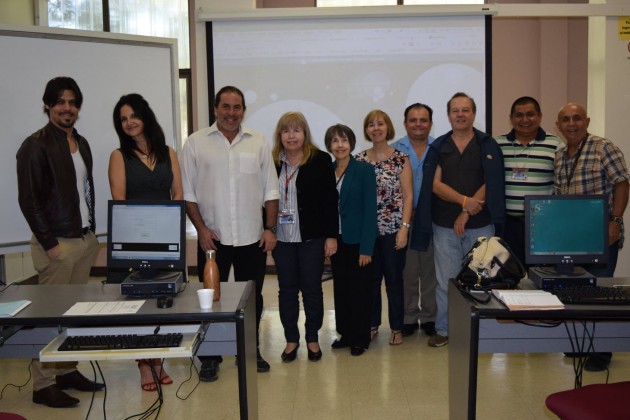 And how darn fast Bernabé is with doing the photos and a nice blog post (as well as designing a poster for ever talk I have done here).

I of course do not find any problem in setting up a collection of links to explore. One might flog me for doing no more than parading a listicle as a workshop. Yet, I have not claims of the Top X sites for Y, and in fact, my hope is to show how incomplete my list is. Because the web is that big, much bigger than 1994 for sure.

But I noticed something else. Sending out links via email, web sites, social media is common, but we explore than on our own. There was a nice energy in the room as people gasped and called out, and shared with each other what they were exploring. There is something to the co-exploring in the same space and time? Am I going all old school smarmy turkle?

Links are one thing, but exploring them together is another. That’s my stand… and I stand like a Chicken on a Skateboard. 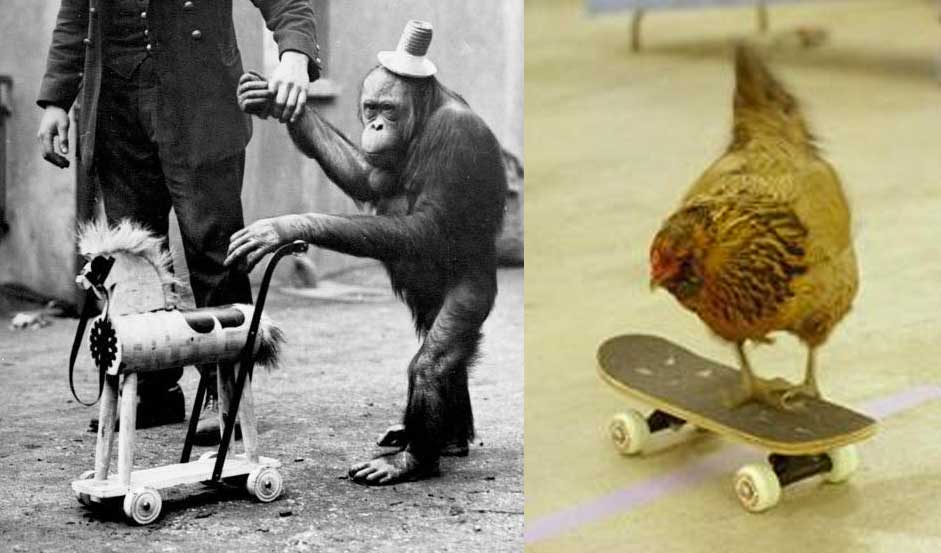 Top / Featured Image: My mind waffled over metaphors for this post, as did my searches. I ended up sticking with a search on “lists” in Google Images (Search Option Licensed for Reuse, the one that is hidden away in a submenu). Somehow I ended up in a Wikipedia article on the Abydos Kings List chasing another image, but I liked this strip one better.