Yes, it is fun to see who pays attention (nods to @DrScherf and @twoodwar) but actually I just wanted to have some time stamps for the things I was counting.

So here it is.

My use of instagram waxes and wanes, (I keep forgetting which is which, I think I was waxing for a long time, my that sounds like a terrible phrase to say publicly), but while traveling I took to the occasional scanning of people I follow.

That’s when I noticed how slyly they slipped advertisements into the stream, from a distance they look like the rest of the content, save for the small blue “sponsored”:

Isn't it cool how Instagram ads are almost indistinguishable from content? Or is it all ads? 30,000 likes. Woah. pic.twitter.com/NWveHfAb8D

But hey, free cannot be free, right? And after decades of existence the means for the web to cover it’s costs / make a profit are two: (1) embedded ads (2) subscription fees. Do not forget who Instagram serves.

I got curious, because it seemed whenever I opened Instagram, there was always an advertisement in the 4th slot. What’s the pattern for where ads are inserted? Does it change with time? Do they drop off as you go deeper into the stream (fewer eyeballs)?

So I just started counting where the ads where, first just putting them in a note in my iPhone. 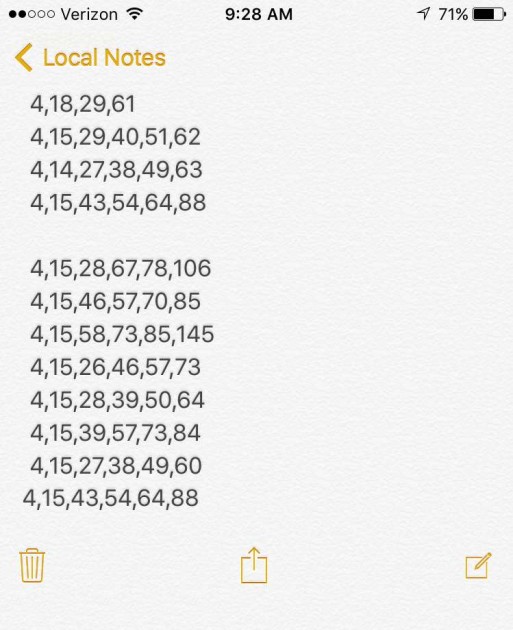 I was not consistent, the first (some which I erased) were 4, or 7. I settled on 6 as a reasonable number to count. The second set was where I started tweeting them with the #count6 tag so I could at least have a date/timestamp.

If I was more clever, I might write some code in the API to run something that would do this more systematically. But in a way, it’s more interesting to have to touch the data and count by hand. I am not aiming to be super data doctor here. But I have a whopping 7 data points:

The first and second ads are always at the 4th and 15th positions, but down the flow, the separate out. I tried to do a graph, because graphs…

I bet there are some differences due to the time of day. And I have no idea if the same ad insertion spacing goes for everyone. It’s just ad magic. I wish too I had tracked the kinds of ads. I recall the first ones were for travel, like ones for Oregon and the Emirates (42,000 likes!): 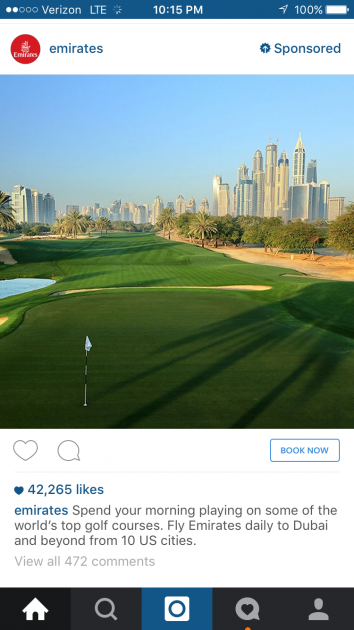 But there were also energy drinks, flashlights, coffee, SAP.

This could be an interesting data study for someone with the chops to extract data more efficiently than my count and paste.

More interesting is I see little of any kind of noticing, commenting, ranting, cheering for ads. Are we that accustomed to advertisements? It’s just part of the landscape? Will someone invent adblock for instagram, and so instagram can counter with a demand to whitelist them or pay?

Ads or fees, that is how the internet will be run until the sun burns out of the sky.

"Sponsored" content in Instagram (aka annoying ads) allows magic pill pushers to spout 60s vids (you only get 15s) pic.twitter.com/fBI6UG1sVV

“It’s like Viagra for the Brain” sez this ad.

Top / Featured Image: My search in Google Images With Results Limited to License for Reuse (can I just abbreviate that as GIWRLLR — hmm maybe not a good one) was simple, the word “six”. Sadly I see ones where perhaps people misspelled “sex”? Besides depictions of the number, dice, I liked the drawing style of MLP FIM Eye Chart Mane six a creative commons deviant art image by by RainbowPie16.

I rotated it sideways, but portrait mode images don’t work well for featured images, so in Photoshop I put it on a black background to make it landscape dimensions.