In my own interest of sanity and focus, I’m letting loose for now my recent rage spate on Catfishing and fake accounts in Fakebook.

I hit a similar spike a few months ago with the Timothy Boostrom phase.

It’s not a giving up or giving in, but more just putting it in pause until the next time I hear from a victim.

Maybe I pushed out some more awareness. But I have not done anything to the invincible blue shield of non responsiveness from Facebook. I do get this ideas they might actually contact me.

Dreamed Zuckerberg emailed re @facebook fake account issues. I asked for photo of him holding government issued ID; he flipped me the bird.

It took more than took weeks for Facebook to remove the fake account of “Malle Gottfried” (I prefer calling him “Mealy Gotfake”). But you can search in Facebook, and see where he has moved on to another fake account with someone else’s photos. Not my problem? No, it’s Facebook’s.

For the record, the method of reporting that seemed to work was when someone reports the fake account as impersonating someone, and is even better if we are friends on Facebook. That alone suggests some of their motivation, they want me to spend time liking and friending.

You can find four more fake accounts there, with nothing in them, waiting in the wings. That’s part of the madness. Why would Facebook allow multiple empty accounts with the same name to sit there in the back of the pond? How hard would it be to craft an algorithm to snag them? My intent was just to flip my own bird at Fakebook and delete my account. Again. I really do not want to be any part of their system. They were worse than beets.

But you know what? That did nothing either. I cannot even look at Fake Facebook accounts without one myself. I cannot have a reservoir of my own images, that Facebook’s algorithms really should recognize when Mealy GotFake decides to pawn himself off again with my photos. Or Roddick. or Timothy? Or Gary. Without an account I cannot leave their hanging all the evidence of the fakery and source of my images.

I did a little test a few days ago; I uploaded an old photo my sister shared of us with our cousins taken way back when (like 1968). That photo got about 5 times the interaction any of my rants did. That’s what Facebook wants- piles and piles of tiny little interactions so they can graph they hell out of us and sell data.

So instead, I will leave my little account as is, without much profile info, with little reactions or likes from me, and try to make it as useless as possible to Fakebook.

Frankly, whether I have a Facebook account or not, whether I rant at them or not, will not likely make any difference in this situation. They are the House, and they make the House Rules, and they are raking in that House profit.

And when the cycle revs up again, I will pounce. 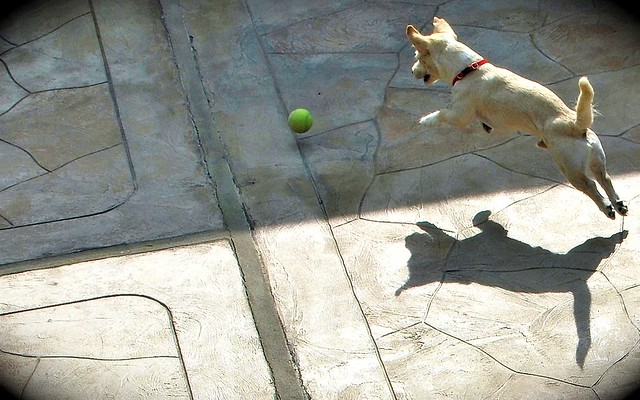 And “Malle”? You might just want to watch your back.

Top / Featured Image: I’m going back more to compfight for my photos; I tried Google Images (filtered for licensed for re-use) on “dog roll over” and got about one screen of dogs on their backs, and then it was just random dog photos and flipped cars.

Over on compfight I got a lot more, I did change the search to “dog roll”. This image grabbed my eye, being a symbolic dog, and also being more in the play bow / or ready to spring mode. It is a flickr photo by @optikalblitz https://flickr.com/photos/optikalblitz/6027695477 shared under a Creative Commons (BY-NC-ND) license