That project you are posting online, or maybe it’s a paper, maybe its a conference presentation, maybe it’s an OER– does it matter if it will be accessible in 5, 10, 20 years? How durable is your digital content? Is it hosted on someone else’s server? Is it constructed in a technology that will not be usable in the future?

At the time of putting something online, it seems rather durable. You can see it, others can. Do you think it will end up in that special room on the 4th floor of the internet? 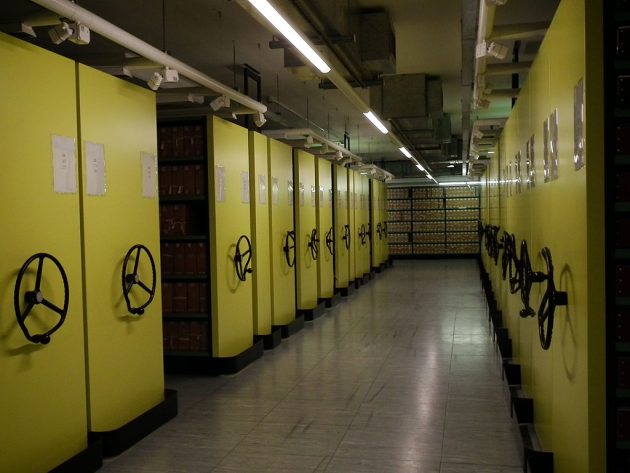 Central, fortified, it is the ideal for long term security, durability of its contents. Yes, yellow corridors of the archives.

Digitally? Rather suspect as Pat Lockley recently showed us in The Plight of OER:

Is my experience generalizable? Disregarding the answer, I proceed.

My formative web years, 14 of them, was spent created tens of thousands (or more, no idea how to count) of web sites at the Maricopa Community Colleges, putting our office’s projects online, putting its publications online, putting the outcomes of its events online, putting into place online grant application/review/reporting systems, heck, even a repository.

Every single bit I worked on… is gone. Well, not completely, thanks to the Internet Archive Wayback Machine you can find not only the Maricopa Center for Learning & Instruction’s web site on the day I left (April 6, 2006), but it’s evolution back to 1996 when the Wayback Machine started

I have my own archive, all of the source files from the web server, stored on a 40 Gb hard drive 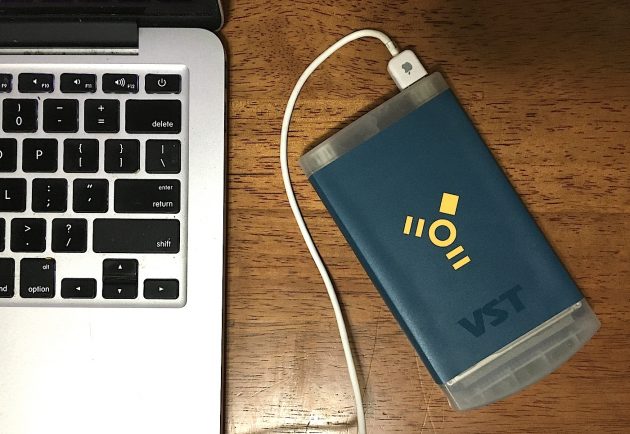 My 14 years of web work from the Maricopa Community Colleges

And when I need to refer, link to my past work, I’ve put some of it back onlone, hosted in my own domain at http://mcli.cogdogblog.com.

Now I do not expect my old office would keep the web site built from the late 1990s as their current site. Web sites evolve, but the way nearly all organizations evolve is to pave the new over the old. But when personnel change, when leadership changes, usually the last thing anyone considers is the institutions history. Like the stream mode of social media, they only think of the present.

There was good reason to get rid of some of my old sites. Some just did not work anymore like the Hero’s Journey Project (wayback link). A number of the sites from the early and mid 1990s worked by having perl scripts write to openly editable text files. There were likely issues with the old wikis.

But institutions pretty much just clearcut their web history.

Do I really have to make a case for the importance of maintaining a history? The quote to reach for is usually Santayana’s one about forgetting history dooming one to repeating. While a powerful statement, it only focused on history as a means of not duplicating negative events– there is so much more when we lose track of the positive as well. It’s Audrey Watters’ constant reminding that Ed-Tech, Silicon Valley bring us shiny visions that run their driverless cars over the past.

Look at the case made by Vivien Rolfe and David Kernohan in their OER16 presentation that “Most of the *really good stuff* is in the blogs – blog citations are a significant part of the OER literature” — and laid out in FOTA glory (aka in a blog post) by David:

Faced with this I’ve heard it said on a number of occasions that “the good stuff is in the blogs”, and I decided that the time had come to test this.

If open education blogs do have academic merit, I would expect them to be cited in the more traditional literature, both around the subject each covers and further afield. This might seem circular – but as there are clearly gaps in the literature one might reasonably expect blog posts to be filling these.

Of course, the reason is a lack of time for blogging. Yet, I bet most people fill a good chunk of their day doing this:

We call this “email”. People seem to have a lot of time for writing things for an audience of 1 or 2.

Listen to this guy – The future of blogging is blogging:

I have more reservations about this online space, and encouraging others to engage in it, than I used to. One can no longer claim it is necessarily a friendly, supportive space. But I still find the edublogosphere the place to explore thoughts, and to engage in conversations that are more meaningful, intelligent and challenging than any other place, including physical venues such as conferences. One significant impact of the maturity of the edublogosphere is that those initial online friendships have grown into working collaborations, friendships, community.

So, no the edublogosphere isn’t what it was. And that’s just great. Becoming a blogger is still the best academic decision I ever made.

I’m ready for you to fireback examples which shoot down my theory — this is one reason I blog, so I can be wrong in public. But I maintain that the digital content that will remain durable on the web, outside of the heroic work done for us, at no cost to us, by the Internet Archive, is majorly the ones maintained, cared for by individuals, and largely in the digital spaces they pay for and manage themselves.

Why? Individuals have a deep stake in their work. Repositories, institutions? The stake varies with politics, staff turnover, leadership fetishes.

And heed the words of this wise man To Make Content Findable, Put It Everywhere:

I’ve mentioned before that the impulse many people have about OER — that we need a central high visibility location where we can put ALL THE OER and everyone will know to go there — is flawed. We know it’s flawed because it’s failed for 15 years or so (more if you count early learning object attempts).

If you want someone to find something, don’t put it in one place — put it everywhere.

And that everywhere should start with your own space. Because you care the most about your own stuff.

Seems simple to me. I will continue to put my money on the individual as the force that will maintain our field’s history.

UPDATE: Apr 26, 2016 I’m taking suggestions for exceptions to my assertion- show me an organization; an institution outside of the Internet Archive, that operates in a manner of preserving their digital history and/or produces durable digital content.

Top / Featured Image: I set out exploring the cast terrain of Google Images, with my visor set to view ones licensed for reuse. I had in mind a person standing outside a decrepit building. My first search on “person building ruins” got my plenty of ruins, and a few persons, but never together. Ironically, changing it just to “building ruins” landed me the image I used, about 1 scroll down in the reuslts.

The image is a public domain one from pixabay. It does not say explicitly, but judging from the tags its a photo from the aftermath of the 2004 Indian Ocean tsunami.