Data. Big. Analytics. I don’t dismiss a potential, the efforts to “harness” it. I just don’t find it all that interesting.

But my data? Different. I’ve been running my own metrics for maybe two months.

I may hate dieting more than I hate running. The only time I lost a good amount of weight was being very sick for a month with the flu. But not liking the shape of my middle body in photos, thinking about long term health, I’ve been on my own mission of data.

Having this guy in my life has changed my methods: 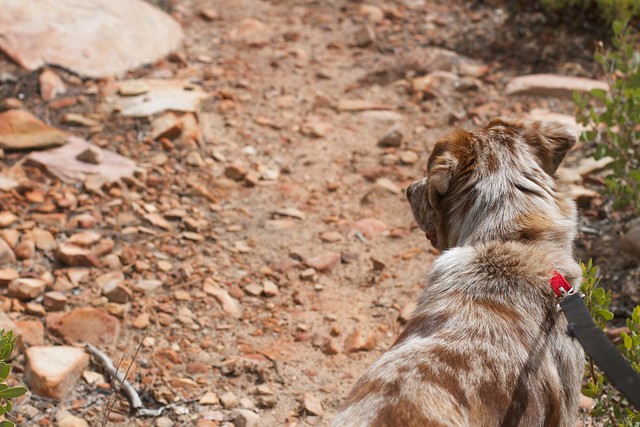 With Felix, we are walking early morning, mid day, late afternoon, and in the evening. It’s quite good on many fronts- like spending time away from this machine, thinking. And then I found out by accident, that without me knowing, my iPhone 6 purchased in November has been counting my walking distances.

I saw that my average walking distance went from maybe ~1 mile per day B.F. (Before Felix) to more than 4 miles per day A.F. (After Felix) 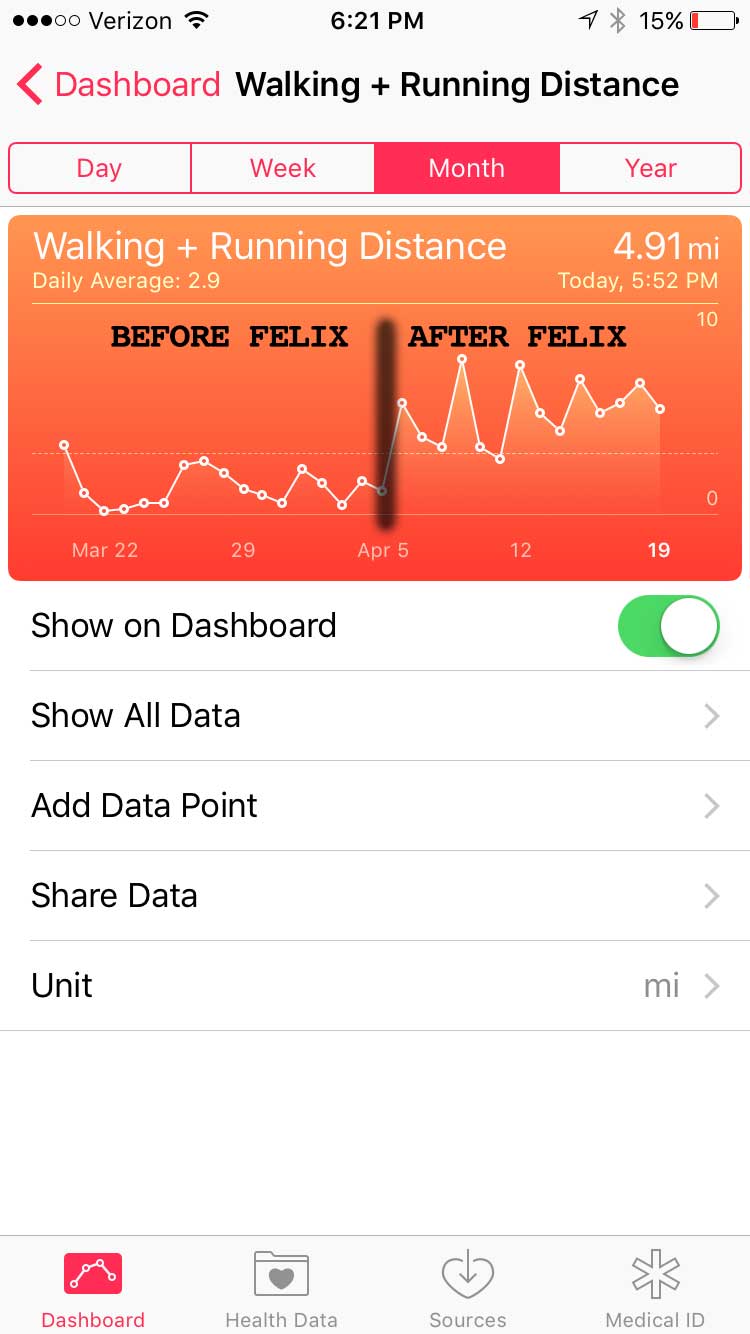 That was a month ago, my average walking distance is now above 7 miles per day. I decided to experiment and began tracking my weight. This started by pulling out the evil measurement device from the back of the closet.

From my data, I can see a bad high of 212 pounds on March 16, 2016. At 7:43am (like the time means anything). I thought about looking for some Internet of Things Scale to send the data to my iPhone, then realized that rather than shelling out a few hundred bucks for a smart scale, I could take the 30 seconds each day to type a number in.

Two months later, I am knocking ay my lowest number: 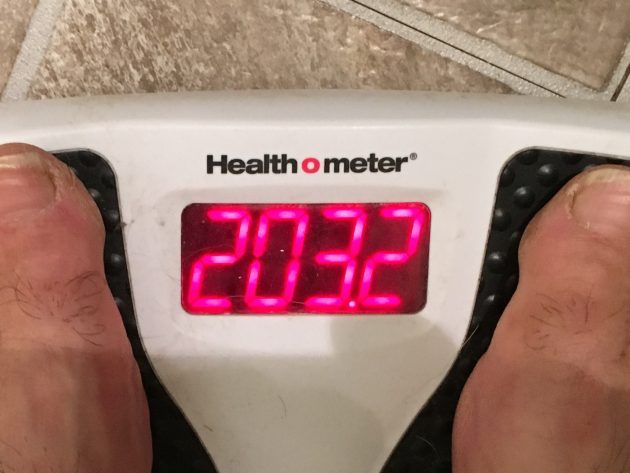 Like Ben Werdmüller noted, the 10 things I am trying to lose weight are really two- less food + more exercise.

I hate to say, but obviously, the daily racking is somewhat of an incentive. Not for getting any game rewards or badges, but just to see small increments of success.

But I play games with it.

My morning weigh in is right after waking up, before putting on pants. My doctor’s scale, even more evil, runs about 5 pounds heavier than mine, but I can rationalize that. Later in the day, more stuff in my pocket. Wearing pants and shoes. I know my true weight is my lowest number.

And I play more games with it. After making coffee, I sometimes return to the bathroom to, ahem, sit and lose a little more weight. And sure enough, the numbers drop a little. Sometimes, I have seen it go up a few decimal points. WTF? Discard that data.

But overall, over two months, with jogs up and down, the general trend is a bit toward where I want to go. Of course, if you look closely at the vertical axis, the drama of the fall may not be… dramatic.

Weight changes by week, month, year… which numbers do I like?

Still, the numbers I like are ones that favor my goals, and thus the most true and accurate. The others I can discard, and explain away.

Numbers are so pure.

Top / Featured Image: My scale, sometimes my friend, mostly my enemy. You want this image? Why? Well I will share it under a Creative Commons BY Attribution license. Go ahead and make a million dollars from it. Good luck.