For the second year iteration of our UDGAgora work with faculty from the University of Guadalajara, the schedule moved to the second day a presentation on openness Brian Lamb and had done in 2015 later in the week.

Since 2003 Brian and I have done enough presentations together that we cannot remember them all, but it’s always something we can do without getting all scripted. But that does not mean it’s not planned. I can remember last year we had not much planned in advance, and the idea in 2015 was jelled with help from Nancy White on the long drive back from a long day. Nancy helped us turn our ideas maybe 180 degrees.

Mainly, she helped us try to step out of the perspective of North American perspectives on openness, and make it more of a question than an answer. Openness was, and is, one of the pillars of this project- all the work participants do in our activities are done in places the world can see, and we hope to have participants experience this in a way that will have them consider doing the same when they do their own project implementations. 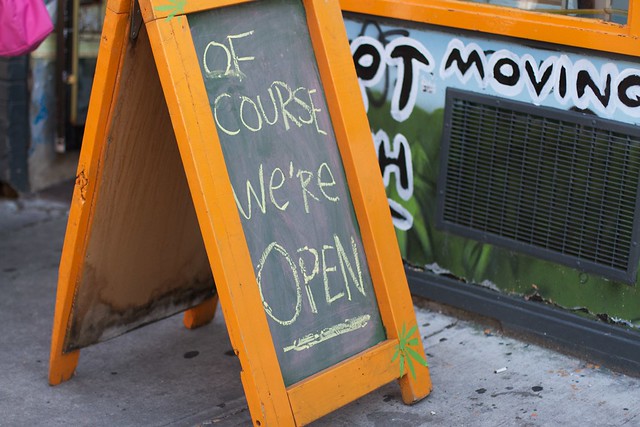 But that does not mean we want to assume than an assertion than open is good will resonate (a nod to Catherine Cronin). Talking about Openness with a capital O may not mean much. 5 Rs? And what do we know of the culture of sharing, or re-purposing here? We felt we had to go maybe smaller O and relate to the experiences they were just starting to have in our face to face sessions.

The idea we came up with was rather meta, and real. In front of our audience, we would be having this late night conversation of “What can we tell them?” played out. This is one of those techniques Nancy introduced to the group called “Private Conversation in Public”

Last year, in the first week it was called Late One Night in an Obscure Hotel Bar; the following week we thought it better to not promote bar habits, where it was Late One Night in Our Hotel (though in translation it looks like it says “in our hotel bed”!).

This year, because we love our local La Choza Taco stand, and had been there 2 nights before, we made it Late One Night at Tacos La Choza I recorded audio too to go along with the slides.

Like last year, Brian and I were able to assemble the night before the slides in Google Docs. It works well when we are sitting at the same table, each workin on different parts of the slide deck.

The plan was during our talk, if one person said “pass the cilantro” that means “slow down” (we try to watch our fast talking for the same of our Spanish Speaking audience, some of them getting simultaneous translations via headphones) and “I’ll have another taco” means “advance the slides”.

We had them dim the lights, and Nancy introduced us with a spotlight from her phone… 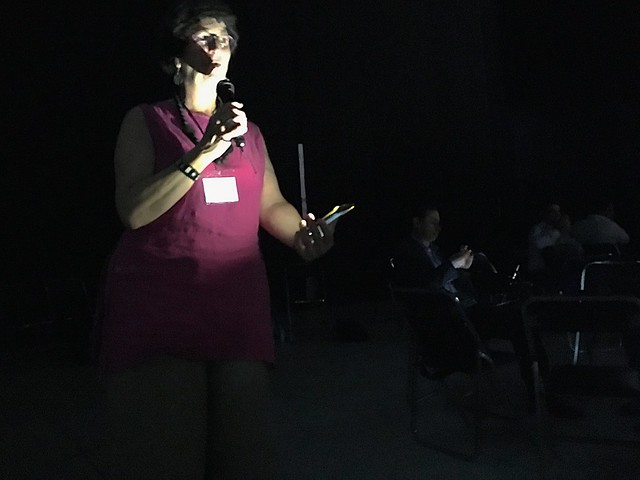 More or less what we tried to do was:

It’s still hard to know how these faculty take these ideas. But this is a long project, they work together intensively for a week, then form small 3 person mutual support groups as well as access an online space. For 8 weeks starting in late August, they will have a an online experience with us where they are starting to build and put into play their project implementation plans.

So we do not expect them to embrace openness because we say its important. We want them to build up a series of small open experiences, incorporate that into their projects, and hopefully then learn about the value of open through their own practice.

The variety, mixing of ingredients, and maybe even the messiness of tacos might be a useful and tasty metaphor after all… 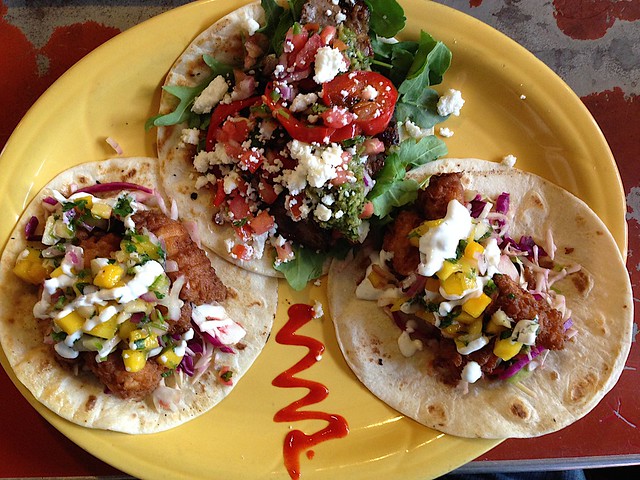 By the way, there is a precedent from a talk we did at the EDUCAUSE ELI Conference back in 2006, also with a taco theme 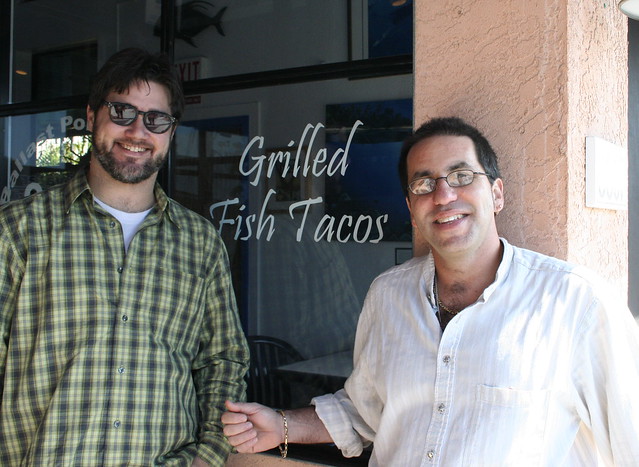 Top / Featured Image: an open taco from our favorite stand in Guadalajara (La Choza) sampled maybe the night before this presentation. The photo is my photo of a tuna taco, a flickr photo https://flickr.com/photos/cogdog/27050136383 shared under a Creative Commons (BY) license