As an alternative to the myopic sounds of news on the radio these days, I’m turning up the amount of podcast listening when I have more than 30 driving. One show I have been really enjoying is Song Exploder:

Song Exploder is a podcast where musicians take apart their songs, and piece by piece, tell the story of how they were made. Each episode is produced and edited by host and creator Hrishikesh Hirway in Los Angeles. Using the isolated, individual tracks from a recording, Hrishikesh asks artists to delve into the specific decisions that went into creating their work. Hrishikesh edits the interviews, removing his side of the conversation and condensing the story to be tightly focused on how the artists brought their songs to life.

Because my musical repertoire is rather dated to old 60s and 70s classic rock, I have enjoyed the range of artists nearly all whom I have never heard of. But the other surprise, is how much I get out of the “explosion” of songs in genres that never end up in my shuffle — country, pop, rap, etc.

From the episode on Weezer (a band that is in my mix) I was surprised to hear Rivers Cuomo geek out on how he collects seemingly random ideas that come to him in a spreadsheet, and uses that as a generator of song starts.

The episode on Kelele’s Rewind (pretty far afield from my music) intrigued me with how she had a firm idea of the sound of a “Miami Bass” and another song’s rhythm track spoke to her. Her music was crafted by crafting together bits contributed by different producers, almost in opposition, in a way that she makes work.

Likewise, the explosion of a song by the New Pornographers started with a small bit of sound, an idea of doing something atop a beat like Queen’s We Will Rock You, and the singer’s devotion to a bit of made of word chants.

And a rap song by Clipping (me, I don’t listen to rap) exploded to reveal how they used non musical objects to generate sounds, with effects, reverses.

What these interviews do is interesting in trying to get inside the minds of musicians, to share: 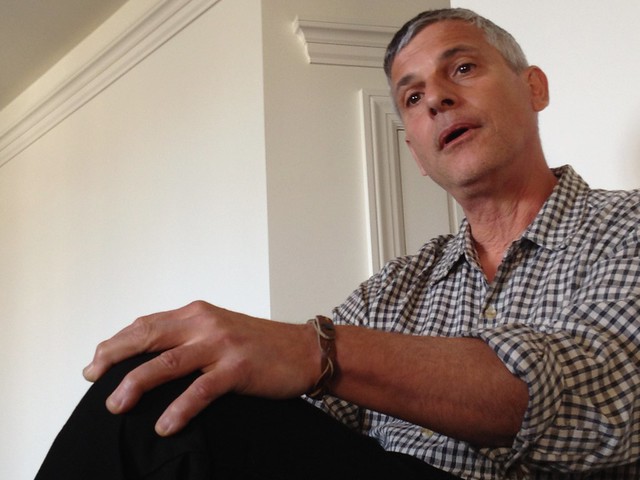 Like an ongoing life song influenced by the beat of a Talking Heads song, Jon Udell’s idea of blogging as narrating what we do has been a driver for my own practice (along with a refrain from Cory Doctorow’s My Blog My Outboard Brain).

My Blog Exploder might be described, riffing from Song Exploder as

My blog is a place where I take apart my ideas, and piece by piece, tell the story of how they were made. Each episode is produced and edited by host and creator aka me, whereever I am. Using the jumbled, thought tracks that keep me awake at night, I ask myself to delve into the specific decisions that went into creating my work. I barely edit them, and not frequently enough checking for typos, but condensing the story to be tightly focused on how bring my ideas to life.

The metaphor fails pretty early; as produced music is made by the careful layering of many separate audio tracks, so it becomes easier to break it down to its elements. And they can be recalled in the full quality they were created. Our thoughts, ideas, are rarely that distinct; the tracks fade with each passing day, if not hour; the fidelity and details fall off the thought spectrum.

But it’s this spirit of always trying to understand how ideas and thoughts develop that is more important to me than counting likes on posts. The writing is always part of the way I process and think. Trying to explain to this WordPress box how I do stuff, helps me reinforce my own thoughts and maybe clarify it somewhat should I ever actually have to explain it to someone else.

I so agree with Jon’s first suggestion of how great it would be if people in a wide range of professions were able to share how they solve problems. I could get something out of it if its far afield from my interests, as in the same way I learn from the Song Explodes of genres I do not listen to regularly.

Alas, this is the old way, like my old music. Blogging is dead, DOA, right? I’ve given up the idea that many other people would “explode” how they work, create, think in a public space. A few do. I am going to skip the rant I had planned on (which would include snide references to time spent in Facebook). It’s “too much work” or “there’s not time”. You don’t get anywhere if you see something as a chore.

I’ll keep at it… only because I cannot not write here.

The exploding will continue here until the lights go out.