It all starts with a tweet. From a friend. This is a clue as to where I am going.

Oogie and her husband run Desert Weyr a ranch in Colorado that raises a rare breed of black sheep, I’ve known them both back to the Macromedia days of the 1990s. Fracking is a contentious issue where they live.

And it’s nice to see an online article from the Wilderness Society featuring one of my photos in their article about this issue. 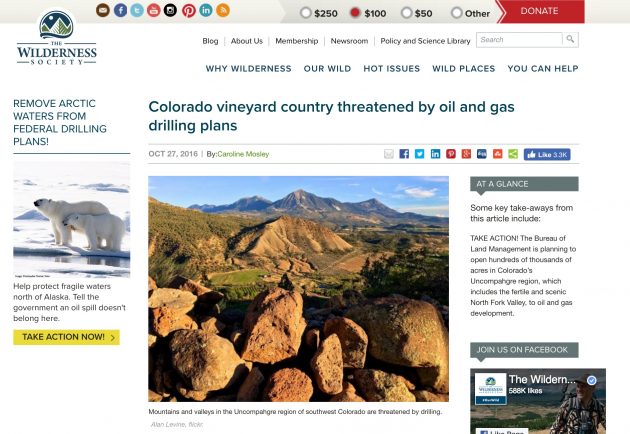 I took that photo in September this year when I visited Oogie- I remember walking my dog down their driveway and taken by the late day light on the rocks all the way to Uncompahgre peak. And it’s very cool to have my photo on the Wilderness Society web site. That’s what sharing under Creative Commons enables. They use my photo, I get credit.

That might have been the end of the story.

I did get attribution.

My name and the word flickr. No link on the text, or the image. No mention of the license. If you look at the best practices for attribution written by Creative Commons it recommends an attribution include the four TASL elements – Title, Author, Source, and License. You might say it has two, but — here is the quiz… Can you find information about the photo, or even the photo itself, or the author?

What if you wanted to see other photos in the series? Maybe there were three more by the author, perhaps at different angles, that would help you? What if you loved the photo so much you wanted to be the creator a cup of coffee?

It’s an attribution, but a dead end one. Weak IMHO. C-. And it’s not just being picky to me. This is not just some person’s blog, this is in influential organization. IMHO, companies, organizations that make use of freely openly licensed media have a responsibility to set an example for their audience. As a reader of the Wilderness Society, this suggests the way I ought to do attribution.

I was curious to find my own photo. Because it is recent, I remember when it was taken, I could comb through my flickr archive timeline.

I decided to try what a dedicated internet user would do to find an image source- the magic of reverse image search. Alec Couros recently tweeted a nice screencast on how to do this:

“How to Detect a Facebook Scammer With Google Reverse Image Search” https://t.co/hzM5lu2In5 #PeelCelebratingLearning

It’s an insanely valuable digital literacy skill, more so than using an Adobe product (snarky). I use the Chrome Image search extension that makes this even easier. A control/right click on the image! 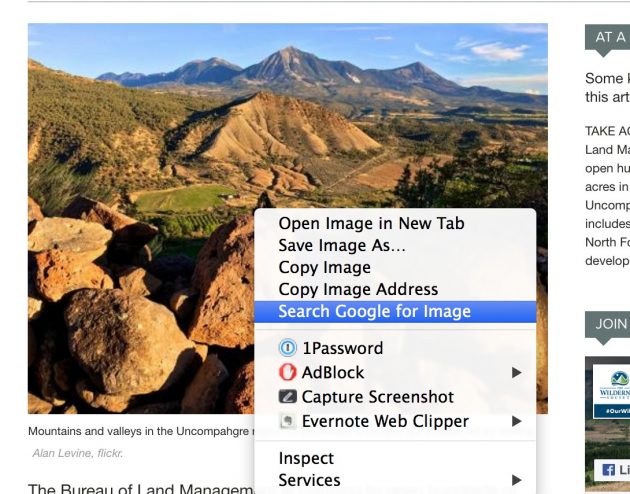 Now Google Image search seems magical- it sounds like it is able to find the exact same image just like it can find the exact words you use. It’s worth knowing more how image search works. The results at first are a dead end: 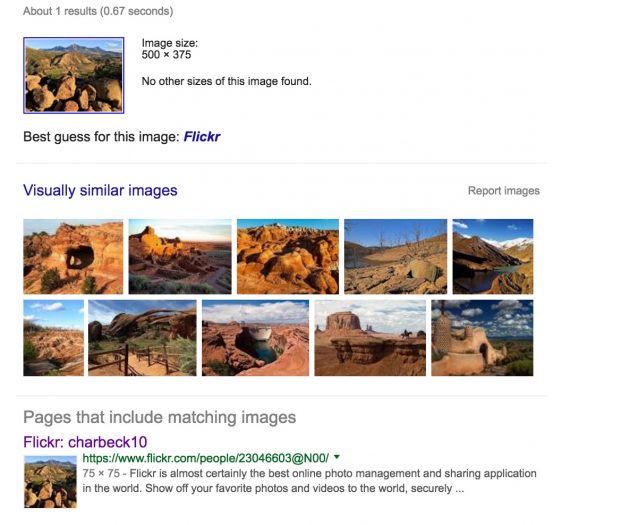 It’s not finding exact matches of the image– it did not even find my original image I know is on flickr. It looks for the file name (flickr images are mumbo jumbo), words used on pages in context (which is why it suggests “Flickr” as “best guess” (a useless guess, Google you AI bumpkin), and then it is finding images that are visually similar- matching colors, and shapes formed by the patterns of colors in the image.

It found matching images of landscapes in the southwest USA (I am guessing) dominated by orange rocks in the foreground, mountains, and a blue sky.

That is still useful and neat that it can do this. But what you are getting as a search result are inferences, not matches.

But it did not find my photo.

“Pages that include matching images” – the image there is an exact match! How did Google mis it? And I know charbeck10 – that is Chris Harbeck from Winnipeg, a friend who has visited me in Arizona and me at his home.

What it found was that Chris favorited my flickr photo… 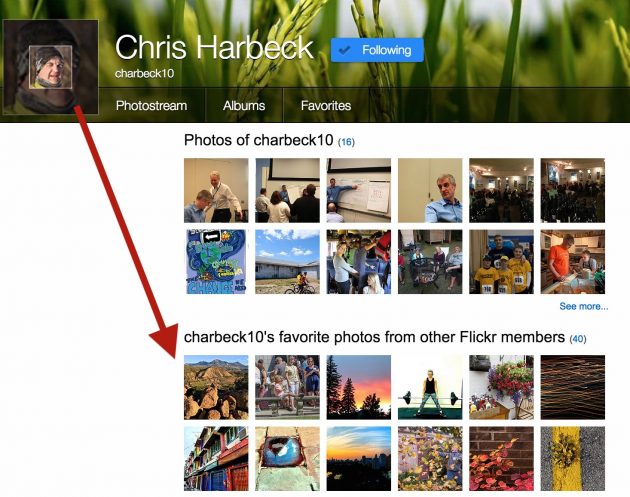 And from there I have a link to my photo, the one that Google could not find. 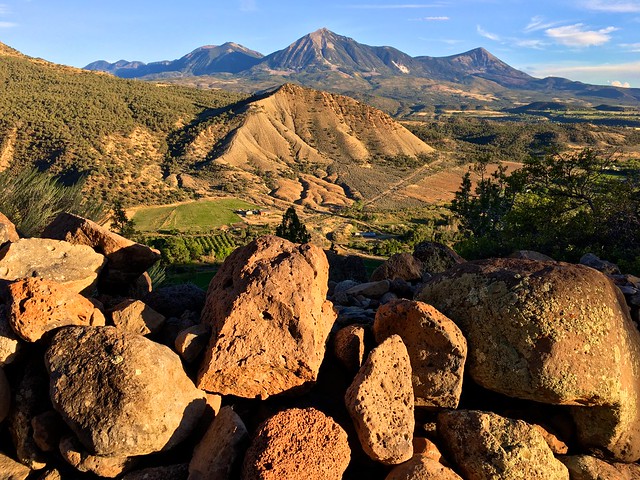 Here is how you do attribution ;-)

If I followed the common “rules” of Creative Commons, I do not need to attribute my own photos. But I do. What kind of example do I set otherwise?

Side Note: Flickr has failed as promised to switch my back catalog to CC0, which if it did, would bust open my argument here. Thanks for screwing this up, Flickr.

For some people, when you say “Creative Commons”, they tell you- what’s the big deal? Use the licenses, give attribution. It’s easy. And when you hear about reverse image search, it sounds easy. Google finds images just like words.

What works is… people.

If Oogie had not told me about the reuse of my image, I never would have known. If Chris had not favorited my photo, it would have been much harder for me, and likely impossible for the intrepid reverse image searcher, to find the results. I may change my mind about the value of favoriting.

Under the surface of the easy pieces, people, not technology, make the web connected (well a simple hyperlink by the Wilderness Society would have helped).

Top / Featured Image: Often the metaphor for a post is somewhat clear in my mind, this one I was all over the map. I was thinking of the idea of what looks easy is often not, but the images on easy found are all that red button, and suspect photos of women. I switched to hidden complexity and found a better variety. The one I chose is actually on the keyword chaos which might have been a good start.

But this image– Faces a pixabay image by Geralt licensed CC0 — was perfect.