In which this tired blogger fails to summarize a conference experience, and gives up before even trying…

With clocks flipping in some corners of the world, last night I’m just home from a week in Virginia for the 2016 Open Education Conference. That’s it’s 13th iteration, maybe my fourth.

Here is the usual conference after feeling, sniping slightly at the challenge of the conference format, of schedules a bit jammed with sessions, wondering “is there a better way to do this?” It seems hard to figure out how at a three day event, I could manage to miss people I knew were there.

Were it not for text messages, I would have missed seeing my friend/colleague Alisa Cooper from Maricopa, and over lunch I got to meet one of her faculty colleagues from Glendale Community College. But in three days of conferencing, I managed to miss meeting for first time Mark Morvant

Thanks for sharing post from @greeneterry (hi Terry). Trying to figure out how our #opened16 paths never crossed.

And the presentation of information that might be done other ways… useful? Do we have enough space for conversation? In one session, the ever gracious Gail Morong brought this up in a session David Wiley was present, even offering to give up her presentation slot. Is the idea of this balance at conferences elusive?

At the same time, the feeling of presence in person, the genuine interactions, the stuff that happens in the interstices or larger gaps of the schedule, the late night conversations, all seem incredibly enriching. I enjoyed many rich hall conversations, during scheduled sessions, with folks like Ken Bauer, Laura Gogia, Jim Luke, Lee Skallerup-Bessette, seemingly always in the rocking chairs. And a very memorable one on Friday with Kate Bowles.

Thus the highs of the conference experience (the time with people) tend to average out, or more the negatives of the usual format.

Less a summary, no, not one at all I drain the brain of semi random, semi chronological memories.

I should include the trip to University of Mary Washington, the day before Open Ed, at the generous invitation from Jess Strommel to be on a Town Hall panel on “Ethical Online Learning” (there is an archive somewhere out there) along with Sean Michael-Morris, Kate Bowles, and Liz Losh.

I’ve not been back to UMW since 2013, and it was my first visit to the gorgeous Convergence Center that was just braking ground when I left UMW in 2012. Beyond meeting the current team at DTLT, I was eager to visit Martha Burtis, and I got to sit on her Digital Identity class. There is always so much good energy from UMW students, I miss that.

The big prize was getting some morning walk time with Kate- this was the first time we met in person. I had only learned the week before that she was coming to UMW and Open Ed, I made that assumptive mistake of guessing she would video in from Australia.

One of Kate’s posts made a reference to UMW and Fredericksburg, all a way to get around to the decision to take a walk along Sunken Road, the site of the Battle of Fredericksburg during the Civil War. 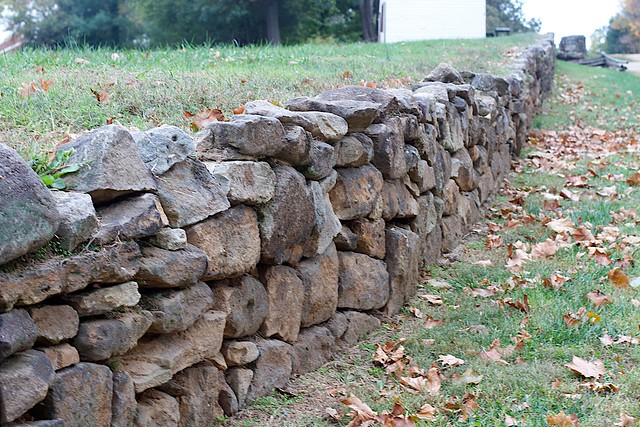 leading to conversation in the National Cemetery and her daughter’s mission to purchase civil war bullets for her Dad.

See what happens? I start out to write a short post about the Open Education Conference, and I wander elsewhere.

Break. Let’s get to Richmond, where the conference took place. 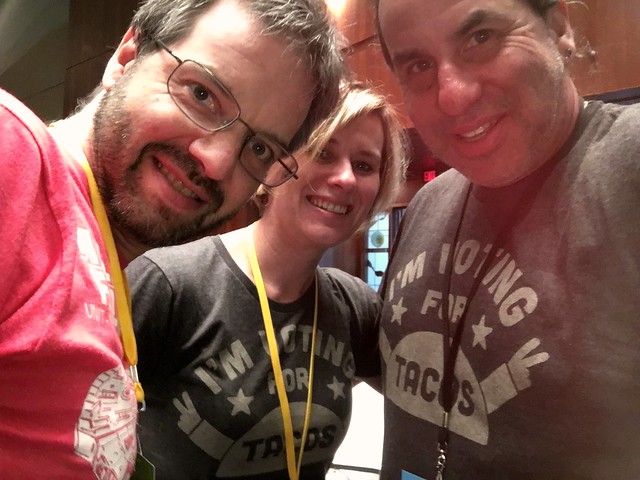 It was also a bit of a UDG Agora reunion with Ken Bauer (with whom I shared an Airbnb) and Tannis Morgan (with whom we share a love of a taco tshirt). 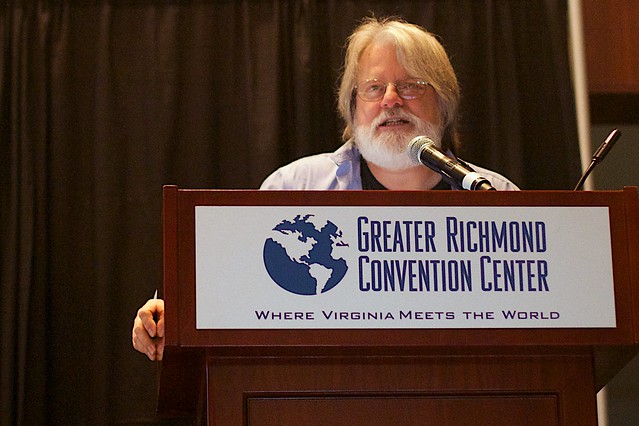 I will surrender before starting to do justice to summarizing Gardner Campbell’s opening keynote, featuring a piece of opening video art including clips of Bob Dylan, as a Nobel badged literacy genius, dealing with the relentless questions of the press. A misunderstood artist, to whom the media sought insight. I will say again, that Gardner is maybe the only speaker I actually enjoy being read to. If you want more, see David Kernohan’s notes (how the heck does David do that?).

While the keynotes were not streamed / recorded / archived, that does not stop someone like Robin DeRosa for grabbing a periscoped one. That’s how this stuff works — people, not systems.

I also learned at this confirmation there is a transformation of many ed-tech practitioners to a similar “look” (not sure how this will work for female colleagues):

One of these is Colin Madland, the other is Ben Harwood. Or Brad Payne. Or…

And there was music in the air Thursday night… or in the lobby of the Hilton Hotel (I bet they are wondering about their decision to let a bunch of ed tech bring in amps and guitars and drums..)

It is worth noting that the “annual” musical jam that Jim refers to really goes back to the brilliance of Scott Leslie’s conference planning in 2012, when the jam took place on a boat floating around Vancouver.

Jim Luke captured well the “aliveness” of this night, the idea that it’s about people sharing an experience together.

I think the same is true with students and learning. Alive matters. Alive gets us the real learning, not the “picture of the learning”. But for learning to be alive, somebody has to be actively creating something. We have to be part of a live experience. To me, the core of open learning is being in that space where things and ideas are created. The best space for that is for both instructors and students to create, share, and publish their own work. Simply reading or viewing the flawless, peer-reviewed, polished, perfected work of some publisher is like listening to an album in public. It becomes background noise. If directed, we can attend a small part of it, maybe. But mostly, we it has no affect on us. On the other hand, reading, viewing, and listening to each others’ creations in the same time and space as they’re being created engages us. It even inspires us to create ourselves. The flaws don’t matter. The creating does.

The music “jamming” works as a metaphor, but it’s not just the people with instruments. Many there joined that aliveness not by being just passive listeners, it was just being present together that I bet will cement the memories, even those in the bar playing Jenga and others just sitting in the lobby, tapping toes or dancing.

And do not believe Daniel Lynds when he says he “only knows three chords.” I spotted at least four. And the dude has an intense guitar face with a musical presence that says, “I am more than creating sound.”

Here is @daniellynds at #OpenEd16. Feel free to use if this works for your needs ;) @econproph pic.twitter.com/KxEaNGFYRs

And seeing super talented friends like David Kernohan and Vivien Rolfe play/sing can bring up the familiar “imposter syndrome” if you spend time with those two, they do so much to encourage everyone.

And then… Open Ed Hero costumes. 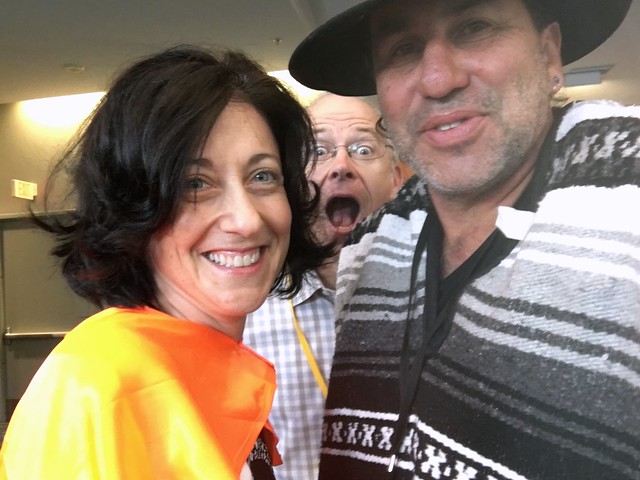 Blame me. This was a response to one of our Creative Commons Certification twitter activities that ended up seeing Robin DeRosa’s photos of her in a CC cape. I dared her to bring her costume, and dredged out my left overs from Western DS106 — if you do not recognize mine… well I do not blame you. But think of me as The Man With No Attribution, who brings justice to the wild frontier in the Spaghetti Ed Tech classic “The Open Licensed, Fair Used, and the Copyrighted.”

Thanks Robin, for being game to be goofy with me, and as well to Rajiv Jhangiani for his anti open washing outfit 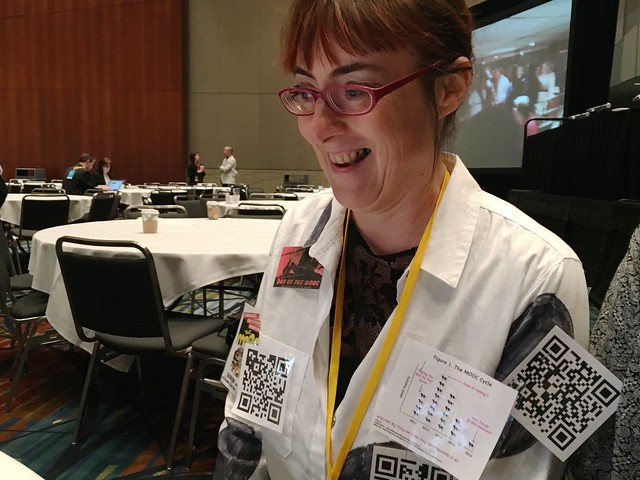 I was on site buddy for two Virtually Connecting sessions (we set an ambitious record for the number of sessions) on Friday, the first with David Kernohan and Vivien Rolfe

And one right after with Karen Cangialosi, Samantha Veneruso, and the always frenetic Chuck Pearson (note to self, do not conflate with some NBA player, his twitter handle is @Shorterpearson).

I think I met Karen at talk I did at Keene State College (she plays a great blues harmonica by the way) and enjoyed meeting Samantha. I the session we found a common Maryland connection- Karen went to a high school near where I did in suburban Baltimore, and Samantha teaches in Montgomery County. 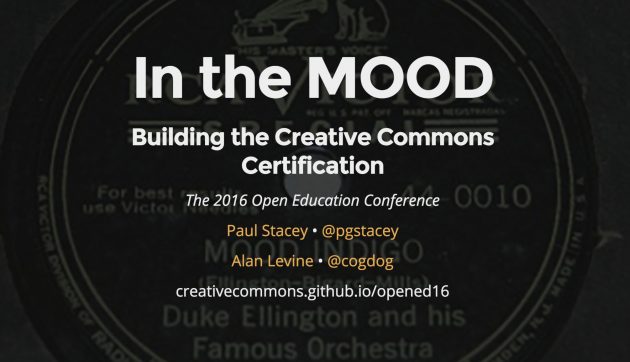 That will be a more full blog post maybe tomorrow.

And if I ever moan and groan about keynote presentations, remind me of the one by Sara Goldrick-Rab… 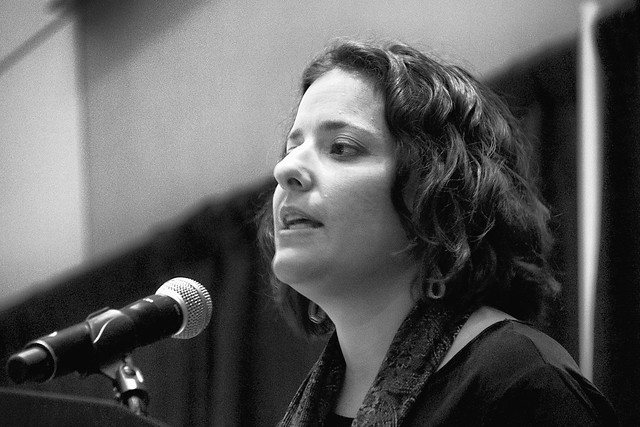 Many described their reaction as “with tears”, mine was more of a reality gut punch as Sara, sharing the stories and research from her book Paying the Price, peeled back the harsh reality of the price students pay trying to play the education game. See the presentation Paying the Price: College Costs, Financial Aid and the Betrayal of the American Dream or again, check David Kernohan’s detailed notes .

My take away– OERs, open education, open textbooks are virtuous, worthy efforts, but are almost a veneer of the reality of higher education for students like Chloe and Nina, and many more, who are sold a dream of education and left short by the false hopes of financial aid.

This one is sitting heavy still. Get the book, everyone needs to read this book

Required reading for everyone in, around, not in, not around higher ed. Thanks @saragoldrickrab #OpenEd16 pic.twitter.com/KRC8Tvfpkp

Sigh. I said I would try not to get detailed, and I did. And I left so much out. So much.

I’ve said this a few times, but I go back to my first ed tech conferences I went to in 1990s. I was green as a leaf. At these events, I had little way of knowing people ahead of time. I had no mobile phone to stare at (my Motorola flip phone made calls and let me play Snake). I did not even carry a laptop. Meeting people meant awkward name tag glancing. The social aspects were both intimidating and, well, so much less than now.

For all of its problems, the abuse, the likely failing as a business, twitter provides such a catalyst for the conference experience. We come knowing much more about each other, professionally and often personally, and amplifying it more by the shared in-person experience, and back out again to the digital, and back again. As a social layer, as an information layer, as a human layer, twitter + conference is a fine combination.

All in all… the conference experience still leaves me wanting… more. Yeah, it’s the people.

One day after #opened16 pic.twitter.com/rGVUa1nnHy