Two great minds around a fire on an laptop, on a not very chilly night in Toronto… tonight was a “fireside chat” co-hosted by Creative Commons Canada and E-Campus Ontario.

Creative Commons CEO Ryan Merkley interviewed David Wiley for 90 minutes on a wide range of topics from CC licenses to open education to Lumen Learning to OERs and openness in general. And more.

David was here in Toronto for the same reason I and colleagues Paul Stacey, Kelsey Wiens, Olga Belikov, and Kamil ?liwowski are here- a working meeting for the Creative Commons Certification project. 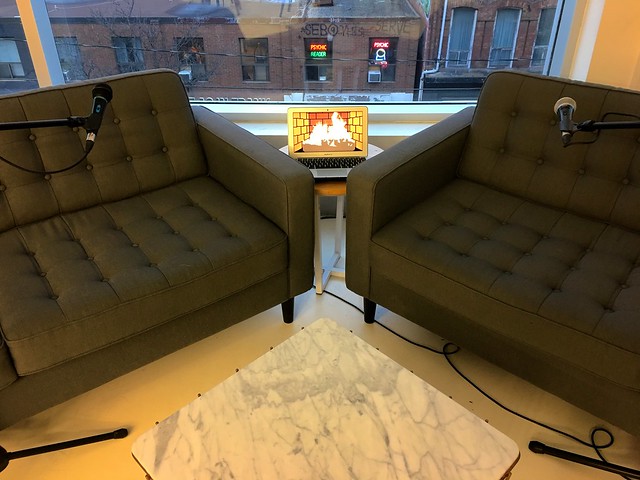 The set was readied right after the end of our meeting at 4pm, complete with a full audio setup and the flickering computer screen (it says something when the CEO of an organization is his own roadie). 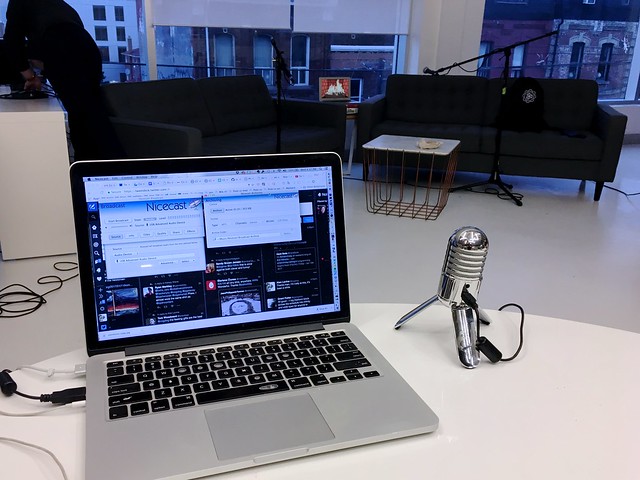 I offered to set up a live audio stream from my laptop out to DS106 Radio. It’s been a long time since I ran a broadcast, but it’s like doing something on a bicycle.

We had maybe 13 listeners tune in, a huge number for DS106 radio 😉 but not bad considering we gave little notice. Our stalwart radio engineer @HankSoda got us a listener map

Ryan nabbed a higher quality recording off of his sound board, but here is a quick archive from the radio stream 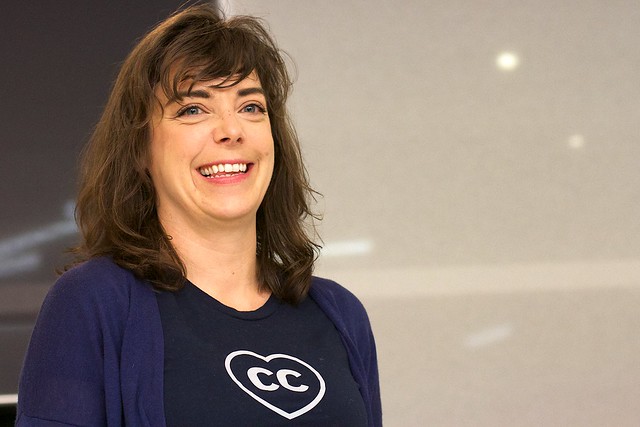 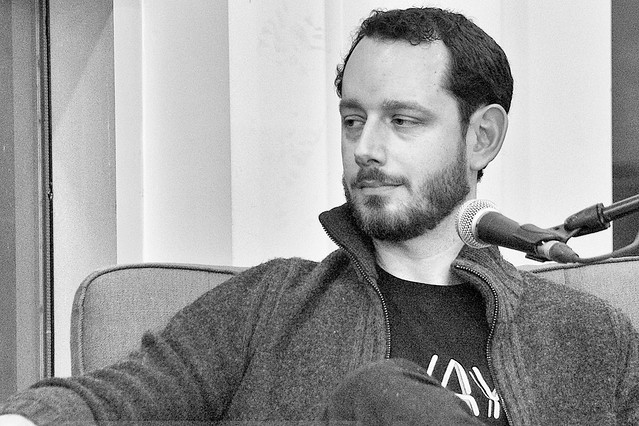 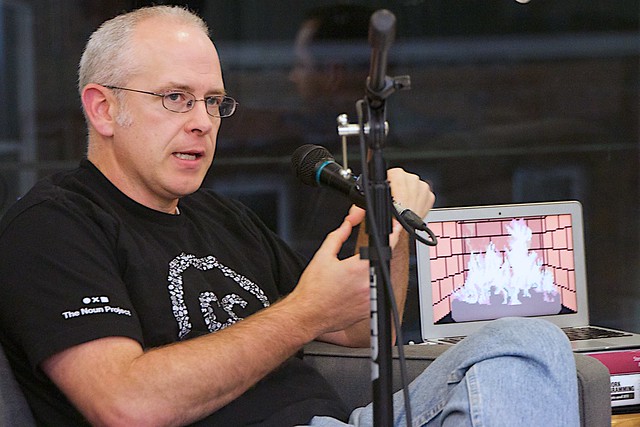 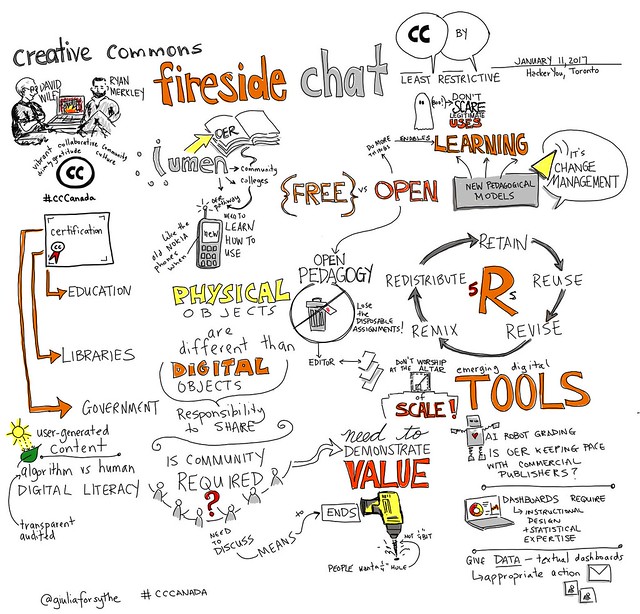 It was also a great chance to see Canadian friends and colleagues such as Giulia Forsythe (I saw she has some sketchnotes to share), Terry Greene (active ds106er along with his adorable daughter), David Porter (now running eCampus Ontario), Sally Wilson (another DS106 participant, and super librarian who helped me locate a hard to find article last year).

Kudos to CC-Canada for organizing a fantastic first event. More of my event photos are in a flickr set.