What’s the name when a simple expression or word in someone else’s writings triggers a cascade of thoughts, related and tangential?

This happened when reading Maha Bali’s rich party-hosting metaphor in Lines Not Drawn – and Invitations of Sailors #digciz. I skip most of her post (well I did read it all) her description of this phrase:

So… That. And also today I tweeted about it and referred to an Egyptian expression “invitation of sailors”, which means you invite someone, or offer them something, but you don’t really mean it, or it’s something they can’t really accept. Because imagine a sailor, already at sea and you can’t reach them physically, holding out their meal and offering that you share it. Yeah. They don’t REALLY mean it.

It’s rather visceral, and I imagine by adulthood most of us have been on the receiving ends of offers that appear sincere, but we know are not. What an expression is that! It’s been

Though I wonder how sailors feel about it? It kind of negatively characterizes them. Ok, it’s not literal. Not true of all sailors. Right?

For some reason, and maybe because it was related, was a common expression I heard from other kids growing up. If you offered another kid your baseball bat, then took it back, you’d be labeled an “Indian Giver”… this is in Wikipedia

“Indian giver” is an American pejorative expression, used to describe a person who gives a “gift” and later wants it back, or who expects something of equivalent worth in return for the item. It is based on cultural misunderstandings that took place between early European explorers (like Lewis and Clark) and the Indigenous people with whom they traded. Often the Europeans would view an exchange of items as gifting, believing they owed nothing in return to the Natives who were generous with them, while the Indigenous people saw the exchange as a form of trade or equal exchange, so had differing expectations of their guests.

The phrase is still in colloquial use to describe a negative act or shady business dealings, but the racial implications are seen as not only inaccurate but offensive, especially by Native Americans.

I’m fuzzy on where I heard it; I am gathering it was among the neighbor kids I hung out growing up in suburban Baltimore in the 1970s. I can’t say for sure whether I in turn ever used it, but the answer is quite possibly yes. I wish I could say little enlightened Alan recognized it as pejorative and offensive. I am pretty sure I realized it had no relevance.

You see, in suburban Baltimore where I grew up in the 1970s, I knew not American Indians, or for that matter kids from India. I am not even sure there were any Asian kids. We are all white and black.

My only connection with Indians was televison- western movies and TV shows. Bonanza and Tonto and John Wayne and the crying Indian on the anti-pollution commercial.

I had no business using the word, and I hope I stopped early. It’s a name for people I had no familiarity with, how could I use it?

But kids would call each other “fag” or “faggot”… and you know how ignorant I was? I never knew it as derogatory word for gay men. All I knew was that I did not want to be called one, and if I used the term, it was a strong put down to someone as being weak (again I had no connection to what it meant). It was used quite often in the neighborhood gang. A lot.

I forget when I stopped using it, and maybe it was even before I learned its origin.

Did I grow up in a bubble of ignorance? Quite likely. I got through high school with only one friend I knew whose parents were divorced. How off the curve is that?

I can say for sure, growing up in an area where race tension was along lines of black and white, that never in my life have I written I said the N word. I knew for sure it was beyond reason or approach or appropriateness for me, a white kid to use. I am not even sure my mouth can form the word. I have never had a reason.

I never heard it much, but was aware of names used for my category, a Jewish kid. I never heard it to my face, and only as an adult heard people I know sometimes use the phrase “jew me down” for someone trying to squeeze a deal. I think I just heard it from someone I knew while traveling, and they turned and apologized.

These words slide into our vocabulary when people, family use them frequently. We hear them and sometimes they become our vocabulary, but they can also be deleted too.

One word I heard my parents use to some degree of frequency was “schvartze” to refer to black people. It was not all the time, but there was the reference to maybe “That schvartze cut me off on Liberty Road” or “There sure are a lot of schvartzes at the Giant” (local grocery store). I do not recall it being hateful or racist, almost more descriptive… and as I got more mouthy as teen, un-necessary.

I recall no affliction or negative experience my parents had from black people. There was a time my Dad owned a gas station and he had nothing but gratitude for the black mechanic who worked for him (named Sanford??).

The dictionary definition for above may explain it, they probably were surrounded by other peers who used the word frequently, and it slips into the vocabulary.

Schvartze was used through the 1960s (and even later by the older generation) to refer specifically to a black housekeeper or servant. The term was not always used contemptuously; in fact, the Yiddish noun is derived from a merely descriptive adjective meaning “black” (German schwarz). However, schvartze has been categorized by some as an inside “code word,” a less transparent equivalent of n******, and so the term has fallen into disrepute.

I started calling them on it, I’d tease them by saying, “did you means “Schwartza” (a play on common Jewish name) or just telling them just say “black person” or other callouts. I think they stopped using it around me, or maybe I just imagine so.

Of course, speaking out in the safety of my own home to my parents was hardly a broad step of activism.

But we can change our own vocabulary and maybe others not to use these gross generalizing expressions for “other people”.

There’s a big broad list of ones you can use for white people, a good chunk of them I never heard of. Gringo is easy, but that often does not sound offensive, almost has an outlaw sound. I’ve read of the Hawaiian word “Haole” which interestingly means “‘no breath’ used to described foreigners who shook hands instead of greeting nose to nose like the Hawaiians.”

Through Tony Hillerman novels I learned “Bilagáana” though for some reason I thought there was a Navajo word that implied “ghost”.

You can see that many are playful but many others are cruel to mean. And weirdly, in bulk like that they seem trivial to pointless.

I’m more inclined to call people out now or just let them know I heard them use a gross generalizing term for other people. What is the need to distinguish otherness, especially at such a scale that breaks down under scrutiny, and often falls apart, like my case, with having no real direct experience as a kid with Indians?

You can call people “people”. That seems enough.

And the dogs will be relieved. 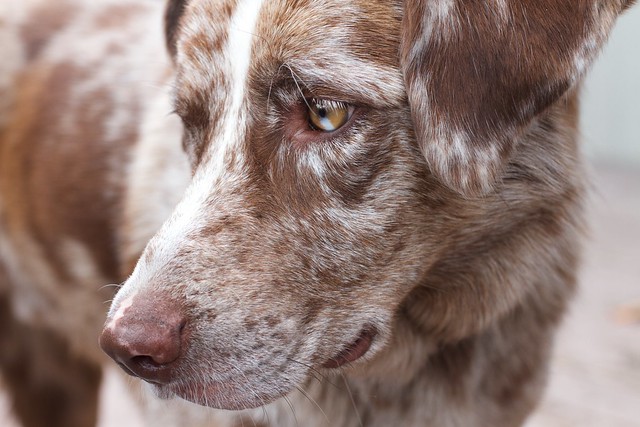