I’m seconded now in Myrtle Beach, South Carolina for the ASCUE annual conference. This is their 50th annual event, that is no typo, fifty as in Five Oh, as confirmed by people today I met who have been coming for 15, 20, and one gentleman, all 50.

The invite to keynote this conference came quite a few months ago from Anthony Basham of Berea College (an institution worth looking at, they have a no tuition guarantee to students). As I joked in my opening I must be mathematically qualified because I have done two keynotes for organizations celebrating their 25th years one for the E-Learning Consortium of Colorado in 2014 and for the TCC Online Conference in 2015) (oops my math is wrong, that was their 20th, sue me).

But as serendipity goes (a thread of today’s talk) this one clicked. From it’s history, the organization started among institutions who in the late 1960s had adopted the IBM 1130 computers, and started as CUETUG (College and University Eleven-Thirty Users Group).

The hook I found for the conference was that at the time their organization started, I was engaged in screen time… watching on TV cartoons like the Jetsons. And it seemed in 1967 that surely by the year 2000 and definitely 2017, we should be tooting around in flying cars.

Animated GIF made from 16 frames of The Jetson’s opening sequence found in YouTube https://www.youtube.com/watch?v=eSptqzfTSSE

The click connection for my talk was that my first experience with computers was a high school programming class in 1980 in the Baltimore County school system. Once a week we would grab our pile of pen coded punch cards and ride a school bus from Milford Mill High School to the one school that had a computer, Loch Raven High School. 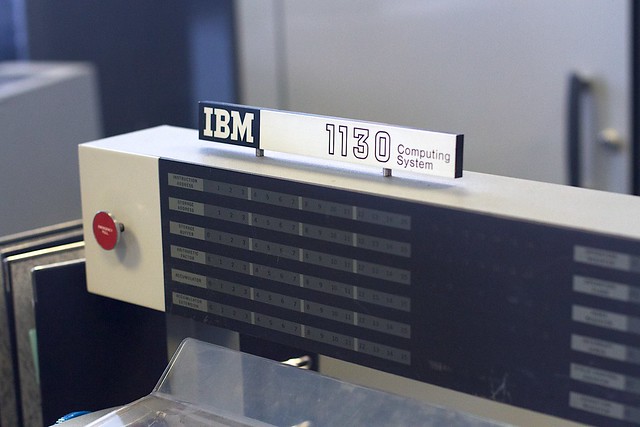 (That photo is one I saw at the National Museum of Computing in the UK).

And while I sort of remember the computer (I was maybe 80% sure it was an 1130, my older sister confirmed it), the thing I definitely remember was my teacher, Mr Pitz.

But thing that seems to matter most about the future, is not the things, but the people. So I had influences like Mr Pitz, and Jim Walters at Maricopa who hinted me of the web, and Jon Udell who inspired the idea of narrating work, and more.

ASCUE started as an organization about things (the IBM 1170), but in the mid 1970s changed it to a people focus, becoming the Association Supporting Computer Using Educators.

So for what it’s worth, here are slides and more (all links mentioned) for About Those Flying Cars We Were Promised

#ASCUE17 @cogdog thank you for your keynote story for our 50th conference pic.twitter.com/QdBaxCJlOg

In the hour after I hosted a Q&A session (where I told them I had no “A”s) more of a discussion both of the “dark stuff” (hacking, phishing, scams, surveillance) and a bit of ds106 lore (DS106 cannot be ignored by me).

A real pleasure was getting to listen to ASCUE historian Jack Cundiff, the one who has been present at every conference this organization has run, back to the one of 12 attendees at Tarkio College in 1968. Jack also brought a lot of retro memorabilia they have set up as a “memory room” (these photos will be CC0 shared in flickr tonight): 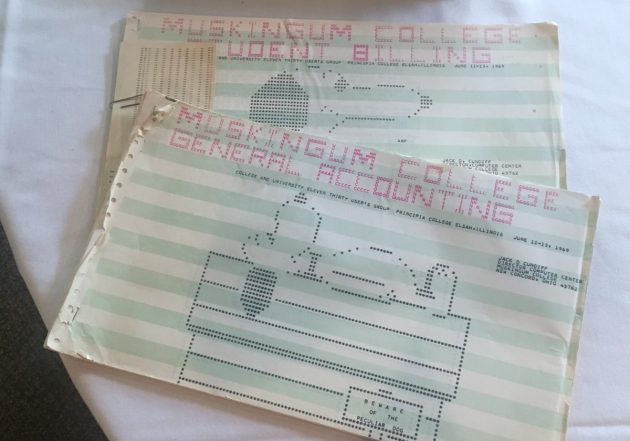 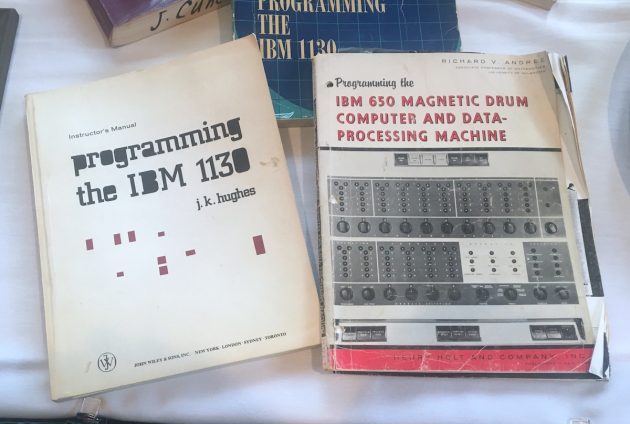 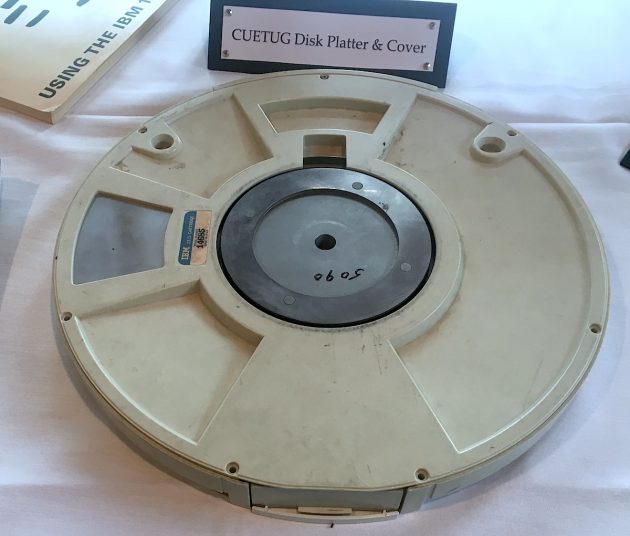 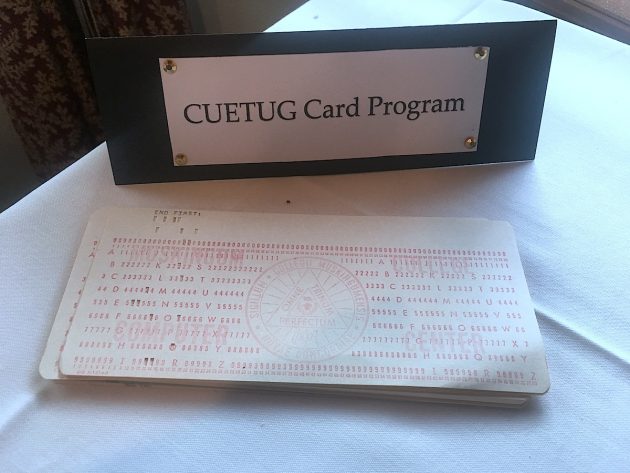 I find it interesting from Jack that the original ideas for use of computer in the late 1960s was administrative- attendance, wages, records– but he and others were thinking early too how they might be used for teaching. This parallels the history I recall from where I started at the Maricopa Community Colleges. And that brings me back to the room at the National Computing in the UK of all the adding machines that had their first uses in agriculture.

He also described his own entry into computers as almost an accident by intervention by someone who saw skills in him in the 1950s, that he had no schooling in the field (who did), but he got recruited into work in the FBI (where he could not share anything about his work), but he leveraged it into earning his degrees as he worked.

The thing about the flying cars is that the automobile my Dad drove in the late 1960s, a grey Buick Electra, while styling has changed and mechanics improved (and electric cars have developed) fundamentally the cars of 2017 are really not all that different from 1967.

I had no photos of my Dad’s car, my sister texted me one of him driving and mys sister in an older Plymouth. For some reason, I was compelled to find a buick image of the era, photoshop them in, and even change its color from the brown car photo I found. This is what ds106 does to people.

I ended with a quote from Bret Victor’s notes on his epic Future of Programming Talk, that he attributed to Alan Kay:

I think the trick with knowledge is to “acquire it, and forget all except the perfume” — because it is noisy and sometimes drowns out one’s own “brain voices”. The perfume part is important because it will help find the knowledge again to help get to the destinations the inner urges pick.

I believe in the associative power of that perfume. More so than flying cars.

Featured Image: One frame of George Jetson from Jetson – the Family of the Future found on YouTube edited with my own CC BY photo of the IBM 1130. The licensing is left crumpled up in a corner labeled “remix”