A good [blogger] possesses not only his own spirit but also the spirit of his friends.

Best days are when the Internet is not full of poop but provides a funny little surprise. I live for them.

I’ve had several times of searching widely for open licensed photos and landing on one by my Aussie friend Michael Coghlan (scroll past the post about a spammer to the image credit).

So the other day, I’m writing a section for a project with a title like “Peeking Behind the Curtain”, hoping for a cute animal picture of a Toto-like dog pulling the curtain on the Wizard.

My first round of search for open-licensed images in Google was on “peeking behind curtain” and fell a bit short. Changing it to just “behind curtain” was mixed bag too. But the one of some people inside what looked like an Asian storefront kind of felt right, although it looked like all men.

It’s from Wikimedia Commons, a place I end up getting a lot of my images from. It looks good on the image page and as I scroll down  notice something interesting in the photo credits.

Hey! That’s me! And I don’t remember the photo. But the flickr link does: 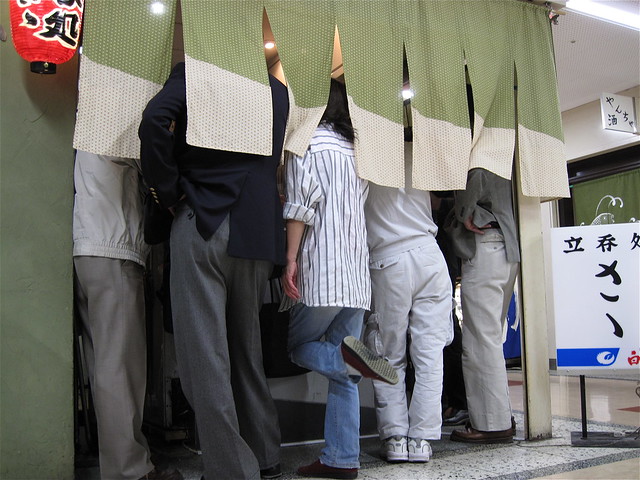 What is Going on Behind the Curtain? flickr photo by cogdogblog shared into the public domain using Creative Commons Public Domain Dedication (CC0)

Okay, but I’m fuzzy. This was on a trip where I went to after Japan to visit my friend Bert Kimura, which I only know by scanning the adjacent images in the flickr timeline.

I don’t want to be bragging about this, just noting the oddity of doing an image search and finding a photo I forgot about.