Yes, I know what SEO is, a term I don’t profess any useful knowledge (or interest) in. My simple approach has been- you want a lot of people to see your stuff? Write/publish a lot of it, share it. But don’t try to crack some secret sauce success.

No, I am writing about something different, something that happens often enough (or at least did before) that I tag things with it.

And it’s another helpful answer to the Why Blog question— I pursue Serendipity Energy Opportunities. These are the rather unpredictable true stories that can happen (no guarantee) when you share something online.

And it’s not on me to suggest to anyone else to be this way, it’s my preferred way of being.

Enough banter, get to the point already, blog author!

Poor Paul, he mid-interprets my ignoring his illegal spam as “discussing” Don’t be Paul, don’t be a leech on the Internet. pic.twitter.com/7tCjjtnOQM

consider yourself fortunate to get one like I did yesterday. It’s in response to this rather minor in the stack of things in the world post I wrote on Secrets Beneath a Chair. It’s all because last March, after an embarrassing number of years not doing it, I had the carpets dry claimed at the house in Strawberry.

So there is an accident that opens the door. I picked up a special family memory, the rocking chair that once belonged to my brother. In putting it upside down on something else, I saw something I had never noticed- like a little mystery clue to the origin of the chair. There the name of a furniture company and large stencil ? the model? plant? With some digging/guessing I figure out it was the Temple Stuart Furniture Company, this vintage kind of stuff: 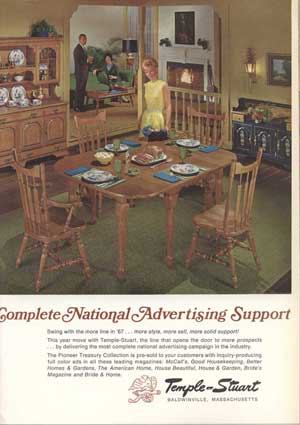 A bit of company research suggested it was a company started by a family named Stuart located near Templeton, Massachusetts.

That’s all my little curiosity roaming, and usually as far as it goes.

I currently live in the old Stuart family home! I was looking for furniture of theirs to put in the house and came across your post# thought I would share!

How neat is that? The serendipity energy I get is because a connection is made that would not have been possible w/o the internet. Isn’t that worth having as much of as possible? That’s all there is, but it’s what possible when the stuff you share has enough descriptive words for the data sucking search giants to parse, but also largely impossible when you house your words, content, memories on some third party service that can dump your stuff when they get bored/tired/broke.

The same thing happened this summer when I wrote about a friend of my grandmother who had given me one of her paintings. I barely remembered Gert Hammer, but through that SEO (the serendipity) kind I got several comment messages from her family.

Or another one about my cousin who grew up in a performing family of high divers, the post brought forward memories of people who knew her Dad.

Does this just happen with family stories? No, Not really. The time a German band used my photo of my car in Death Valley for the cover of their CD? or more recently a blues band asked for use of a photo for their new record when they did not even need to? Maybe the common thread is music.

So this is the real why to the blogging, to create more potential for Serendipity Energy Opportunities.

Featured Image: My own remix of one from the classic “not the droids you are looking for” scene from Star Wars itself having been memed many times (including me once or twice). Rights? Pop Culture? Obvious non-copy? Hello legal grey area. But it fits my post so well… 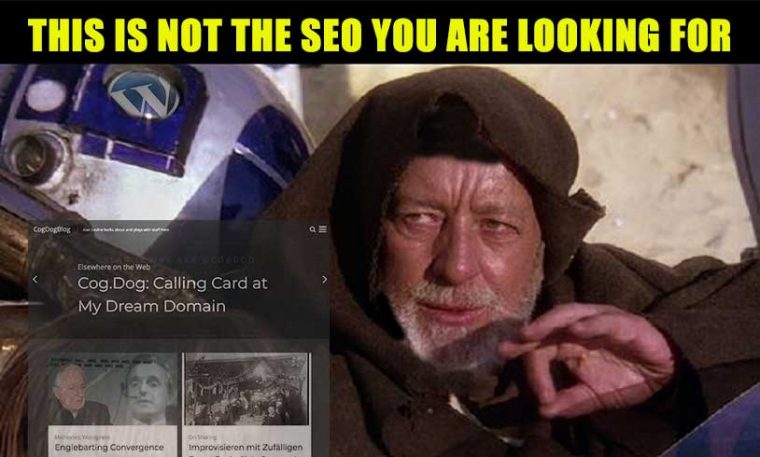