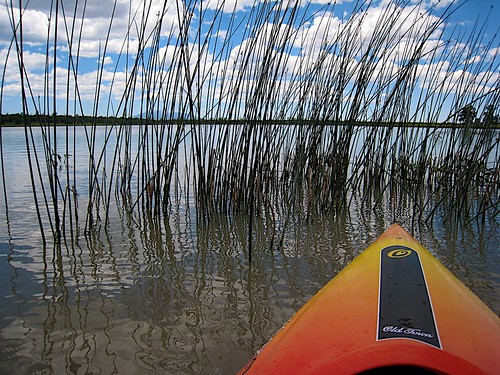 I’ve been saying that annotating maps is one of the most under-used edtech tools, given the wonderful capabilities one can do (for free) in Google MyMaps– Gmaps are more than finding driving locations to the nearest sushi bar. The fact that you can mark up anywhere in the world with information you pin on a map, is (to me) astounding, but I’m kind of a map nerd.

I’ve done a number of these maps for various reasons, but don’t always go back to them. But woah, my not so serious maps of places where people get Starbucks staff to say the word “large” (rather than foo foo ‘venti’) has like 18,000 views! That’s insane.

Open public maps are fine for projects and such, but it means that people have license to remove your description (I saw one conference map where someone placed the content they wanted in the map bubble inside my map description), and heck, look at the Starbucks map again; Jay Cross seems to have spammed it with a self promoting pin. Or he was confused. At least we know where he lives.

My new quest for the summer (at least) is reclaiming (some of) my weekend time, which has been lately filling with that gray boundary zone where work fuzzes out to the tech stuff I do on my own. So I am making more time for the offline activities, like today’s trip up to a new lake south of Flagstaff where I spent a good 2 hours paddling around in my kayak (well some of that time was sitting under a shade tree enjoying a cold beer).

But my tech genes don’t shut off completely, so I have my flickr photos posted, and tonight I was interested in starting a map with the lakes I have explored, going even back to my first dip in October 2007 when Westley Field took my paddling in the Sydney Harbour. So it did not take too much time to assemble my kayak map: I used the thumbnail size images of my flickr photos inside each pin.

I still have some echoes of the excitement when I watched the Google Wave demo video on the brief but when they were co-browsing in real time, from different machines, a Google map. This still is one missing piece of maps, making them a shared social media experience.

So whats your take on maps? Where do you see people doing interesting things with them? Pinning static info on a map is obvious, but what about edgier things? I’ve been trying to suggest doing storytelling in GMap. What about a game? ARG? a treasure hunt? a puzzle? a math problem?

What’s on your map?