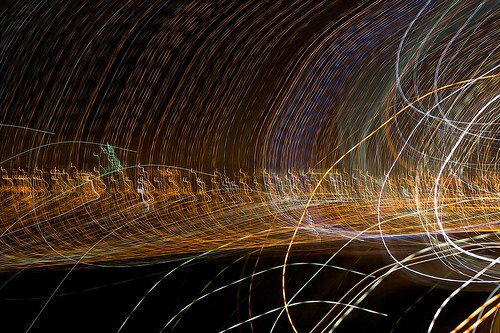 I arrived in Doha, Qatar, after the 4+ hour trans USA flight, and then another long 13 hour hop on Qatar Airways- which I have to say for even in coach class, had amazing service on the giant 747- everything from hot towels to cold beer to meals like shrimp paella, on demand movies at your seat.

This trip came as one of those invites that you may first glance at and think is just spam, but it is for real- an invite from Her Highness Sheikha Mozah Bint Nasser Al Missned– for the World Innovation Summit on Education has invited 1000 international educators to Doha, Qatar:

The WISE multidisciplinary platform and cross-sectoral summit that will bring together an audience of 1,000 opinion leaders and stakeholders from 120 countries, including academics, political leaders, representatives of international organizations, NGO members and private sector executives.

Among the 90 world-class speakers, Gerhard SchrÃ¶der, Former German Chancellor, will take the stage on November 16 and address sustainability issues, while Biz Stone, Co-founder and Creative Director of leading social network Twitter, will address the audience during the plenary session dedicated to Innovation, on November 18th.

Eminent voices are also expressing their support for the WISE initiative through written or video messages in which they also share their views about pressing educational issues.
(more…)

I may try something new and “blog” this event ;-)

It was interesting a few months back to compare notes with a number of other ed-tech colleagues who are here, including my NMC colleagues Larry Johnson (who is an invites speaker) and Rachel Smith, plus a host of others who have been part of the NMC Horizon Project.

Just on the transfer bus at Dulles airport, I met a guy who spoke and got a cool backpack at this little conference they call “TED”- Gever Tulley did a TED talk on The Tinkering School Project— a video I had seen earlier this year. It seemed like most other westerners on the plane (which were a minority of the passengers for sure) were WISE attendees.

And it was great to walk in the hotel and see the Man who is everywhere, John Itellson as well as our NMC colleagues, former board members Susan Metros and Joan Gettman.

It felt like first class treatment as an innumerable number of sign bearing staff were at the airport terminal, where they got us in the fast pane through immigration, herding us into separate taxis, that sped us off to a number of different hotels. 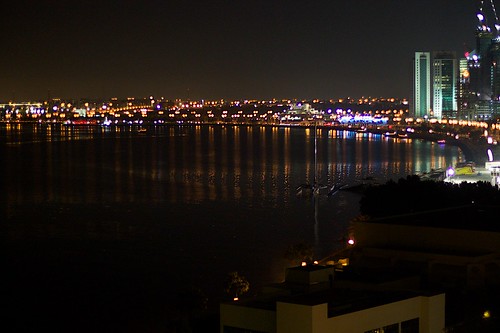 It was hard to get much of a first impression at night, except the water front is full of modern buildings, many of them shooting upward as I type- like the construction work goes on 24/7. The Sheraton is uber fancy, nice deluxe rooms, staff that fall over themselves to help you, and a water front view. Check out the “One Power Strip to Rule them All” 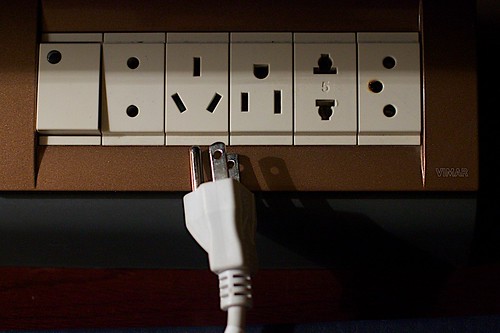 The photographer here shall prove tricky as from what I have read it is not cool to be snapping photos in public, especially of people and buildings (I got a text message from my boss Larry who said he already got busted for taking photos around the hotel).

This conference has a 3 day full schedule of sessions, fancy “gala” dinner Tuesday night for some impressive awards to innovative programs (the last email described it as “formal attire” / tuxedo not required– which called for some hurried shopping the day before I left for some new duds- thanks Jerry- you were a miracle worker at helping me find a nice jacket and shirt and gulp even a tie).

I’m hoping to catch up here with Jabiz who teaches here at an American School; we crossed paths last year at the Learning 2.008 conference in Shanghai and Tom Barrett who Ive recently crossed paths on twitter- he has the nicely URL-ed named blog at http://edte.ch/.

But for now it is midnight here and I refused to do the math to see what time my body is on… More tomorrow.

Making sure I have some response to the question, “Kaif halak”