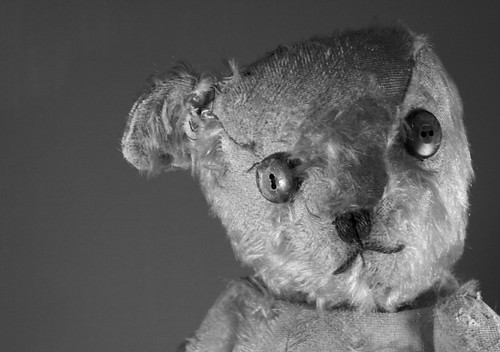 It’s been rattling around in the grey matter since Saturday, an un-organized strand of thoughts about the TEDxNYED event— and lacking a clever title, I made it a past tense verb (and that is something I expect no one to even spot as clever).

Just to set the baseline, I only saw about 1/3 of the sessions on the live video stream; after al it was a nice Saturday, and I had a pile of firewood to cut. So I cannot give a full opinion of the event based on the portions of the elephant I touched.

First of all, it is no small feat that the Livestream site supported 20,000 viewers.

That is astounding. For anyone who has had the ulcer inducing job of managing a live stream, there’s little joy. You hear a tsunami wave of complaints when the stream fails (often for reasons beyond your control) and a trickle when it does. I had perfect video even on my little pokey country cable internet connection in Strawberry Arizona. I also commend what i thought I heard in that a group of students were involved in the video end of the production. That is very cool.

20,000 people got to participate. Yep, that is pretty darned elitist.

So I am waiting to see thee sessions I missed on the TEDx YouTube Channel (and a small wish, it would be nice if the videos were somehow tagged or organized into playlists- I cant see any rhyme or order to the list on the right).

It was also smirk inducing when tweet after tweet was asking “Where’s the archives? Where’s the archives?” obviously not from anyone who ever had about 6 hours of raw video to edit, process, and upload. It takes time, much more than 140 characters worth.

I’m not sure I fully buy into the claims of elitism for TEDx from D’Arcy; though I can see what Stephen is driving at when he describes TED as being political. You know, throw three people together in a room for a week and office politics emerge. I recall a speech a few years ago from a couple who did some relief work on a tiny South Pacific island, like 2 miles long. They decided one day to visit the south end of the island, and their hosts got really concerned, “Oh be careful, those people down there are really scary!”

So I am keeping in mind a schooling I got from Chris Lott about how being anti-elitist can be elitist too (I think I got that right?).

Yeah, I had a similar reaction as D’Arcy when I applied to get a seat at TEDxAustin, “WTF”? (I was rejected too, but I shrugged it off). There is a problem when you run an event that many people want to attend- limited seats. So you either have it first come first serve, high price/who can pay, an “application” process like TEDx where some committee deems who gets the golden ticket, or maybe just random. But you have to limit it somehow.

I can’t see TED being closed when they make it’s contents available on live streams for free, and really, for years, they have been generous with the sharing of the videos from even the big events where the beautiful attendees shell out 6000 clams for a ticket. TED puts content out in the open; who is going to spit at that? Not me.

Boone sees TED with some skepticism, though not from a blind eye:

I’ve watched a few dozen of the freely available videos over the years, and most seem, in my unstudied view, to be little more than glorified project pimps or book promos.

I find that a bit of a broad brush stroke. Frankly, in some way when we get on stage, don’t we all pimp for something? Ideas? Our projects? Ourselves? Isn’t there at least a trace or more of ego involved?

I can dig for links, but I’ve seen a few that have introduced me to knew people, projects in an effective way — the Siftables video, any of them with Hans Roling, heck, even Mr VP who invented the internet.

And who could not enjoy Nellie MacKay singing the dog song? Actually, I have used that video a few times as an example of cleanly shot and edited video- it uses multiple cameras well, tight cuts (the shots of her feet on the petal), and assembles it without one cheesy video transition. Nary a dissolve. And damnit, I like the song!

I’m not about to say anything about what the TED event is like cause I have never been to one. And I cant really fully buy some criticism lobbed over the fence from the outside. I do know someone who went to the Big TED, and yes, it is socially stratified– isn;t our entire society stratified? 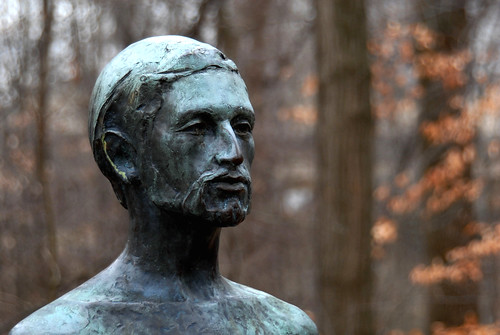 But yeah, TEDxNYED… There were reactions from people like Will who had to wake up at 5:30am and post a once sentence mile long joy dump to Boone who was underwhelmed… I had a 12 watt light bulb go off in considering that in a conference audience, almost like a school classroom, there is almost this unsaid expectation that we can create the same (standard outcomes based) experience for everyone, yet that does not happen. It’s a tough challenge for a conference organizer to the school to try and find what is going to find some elusive middle ground of meeting expectations, yet must accept that people will fall off both ends. This is a conundrum of one size tries to fit all.

I did like the integration of twitter with the Livestream video, it works well. I wondered a little about about the frenzy to tweet out the “line” sound bite, you’ve hear the same key phrase “Do what you do best, link the rest” (oi have I not heard that one before?) 50 times? I had a mental picture of the hall being full of scribes or stenographers, all feversihly pounding the keyboards.

But then again, that is what happens it twitter; people are able to amplify ideas, messages, (and silly crap) quickly and rapidly by spreading through the variable shoots of their own networks. So you cant have the network effect without a lot of repetition. Yet, it did seem like a frenetic pace, and I know that the “Social media Gurus” are out there in sweaty workshops sharing how to create 140 character tweetable sound bites.

I could not see the audience, but from the remarks about lack of diversity, it was likely pretty much WGLM (white guys like me). When these comments started in twitter, I silently snarled something like, “Well maybe you should stand your white ass up, leave, and make room for someone else” — but I also knew that if I was there, I would acknowledge it, grimace slightly inside, and then probably do nothing as I would not know what I *could* do. I’ve got no answer, just this raw feeling, but the world as a whole is rather diverse on its own; but its in the smaller sub-worlds we create that we are capable of making it less locally diverse… which means then we can also make it more so. It happens through action. And foresight. And vigilance. Diversity is not a natural force of nature that operates on its own, we make it happen (or we don’t).

So yeah, for some people being TEDxNYED-ed was an electric soul raising gospel see the light experience; for others it was a grave and pathetic disappointment, and then there is likely a whole lot of somewhere in the middle. But as humans we see the whole world only through our lenses, and I think it is a bit easy to extend our own experiences to those of others. It doesn’t work like that. Mi experiencia no es su experiencia

And watching some it play out, I had some of the old itchings about conference formats (along with some of the other tweetplaints about it being ironic to have an agenda of lectures). I love a good lecture, give me a Lessig, a Wesch, a Siemens, a Jenkins (and now a Lehmann) any day. The problem is those are the minority (or am I wrong? are there more good lecturers than bad in terms of public presence??).

But its not the value or not of a public lecture that rubs me,

What is a presentation?

Well you have images. Maybe moving ones. A sound track. It starts at one point and ends at the other.

Package it up, and really, it is a video.

So what if a conference presentation was pre-recorded? it would be polished, and I bet people might be les inclined to go on for so long if they have to edit the damned thing. There would be a record for public consumption.

Okay, I will jump on that before anyone else does. We’d likely be less dynamic in front of a camera at home/office. Most screencasts are really deadly monotonic snorers.

The thing that gets me about the standard conference format is the way it fills most (2/3? 3/4? of the time with presentations- when many of us crave, and value the stuff we fill in the cracks in between. Frankly, leaving home for a week, traveling across the country spewing carbon, to come to a stale ventilated conference chicken feed lot.. to sit in chairs and passively watch the equivalent of a video (or ignore them and read email) is…. well slightly ludicrous. The way we use our F2F time at conferences is backwards. Convoluted. Twisted. Silly.

Yet I know the the conference format as a series of 50 minute lectures is not changing anytime soon (and yes, I am guilty as hell of being part of an organization that does conferences in this format). But I do want, sometime in my life, to have a conference, where the content (the contents of a presentation) is done online somewhere, and the time at the conference is spent actually doing something– rather than what the norm is– talking about doing things. 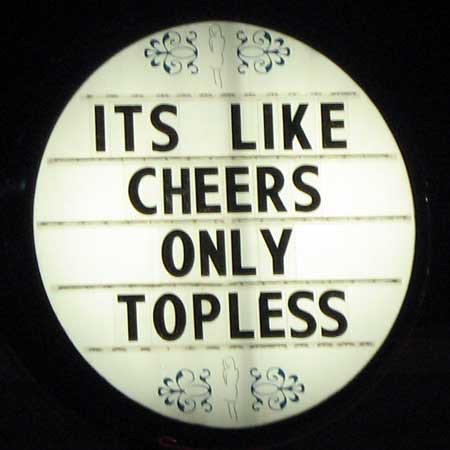 And so for those who got TEDxNYED-ed in person, there was that whole portion us in the 20,000 seat back row did not see; the valuable conversations and exchanges happen when the video stream goes offline, the breaks, the dinners, what happens in the smoky bar at 2am, etc. Don’t get me wrong- there is tremendous value in our F2F meetings– but we could do it a whole lot better in how we use that time.

I can’t find as much to slam TEDx as others- I am losing track of whose session or blog post (David Wiley) who talks about how fractionated and wheel recreation oriented we are in education- so there has to be some value in people from different places, who don’t work/live together to join together, and be out of our same cubes. Isn’t that all about increasing connections (right George?) and by the way, kudos to George Siemens for posting the text of his remarks making me now wanting to see the video, thanks for body slamming mr “all i can do is ride google’s monkey”.

That’s it, I am TEDxNYED-ed.

Now you can launch the rotten tomatoes my way.

I have to give Boone kudos for the idea of including random images that come up in tag search for “Ted” that are not TED!