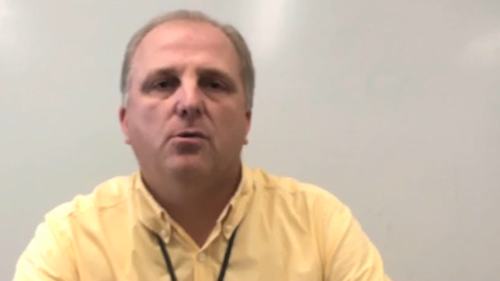 Dean is talking again about sharing. Heck it’s in his name so its perfect, and worth listening when he says/tweets “I have something to share(ski)”. Take 25 minutes and watch his video Sharing: The Moral Imperative created pre-conference keynote for the 2010 K-12 Online Conference:

The kinds of stories Dean shares ought to be moving more and more from exception to norm.

But another thread stuck out for me.

Dean share(ski)-ed Dan Meyer’s path from experimenting with blogs as a form of mental outboarding (thinking out loud) to the explosion that happened around Dan’s sharing of his math graphing videos — Graphing Stories. George Couros, an elementary school principle, wrote an entry in his own blog about an activity his school put on, one that he in fact borrowed from elsewhere, but others were moved by the outcomes George shared about Identity Day so that schools from far away took it one themselves and connected over the shared power of the idea. Jabiz Raisdana who blogs in many spaces, e.g. Intrepid Teacher, decided when his daughter was born to create a blog to document her life from the start. Noting her interest in photography, he began posting Kaia’s photos and then they posted a video on her blog of a story they created as a video– on sending it out on twitter, her post was flooded with comments and colleagues elsewhere had their kids create video stories in response (argh, Thanks, added it above!).

Do you see the thread? These three stories all shared different things, but they were all shared in a blog.

When you blog, you leave a mark, a permanent link (if you keep up those hosting fees), but it can last forever (or as long as the internet does). Yes twitter and facebook enable connections, but they are ephemeral. Twitter and facebook can amplify and spread a message, but without a blog reference to hang onto, they will fade into the scroll pile. Just try and find a twitter message you said a few months ago. I’ve seen tweets fade from twitter search in a matter of weeks.

It’s not one versus the other, but these stories that Dean share(ski)s still pounds the message to me, that despite the claims of blogging being dead, that it is as vital and important as ever as making your mark, as your own personal think monitor.

From Dean’s videos were Dan Meyer’s words that the gaps in his blogging correlated to the same periods where he felt his teaching was perhaps more flatlined.

You cannot build and maintain a history in twitter. Yes I know there are tools to do this, but its not the same as having something more meatier and built out as a blog post, where you work out the ideas like kneading bread. And own them. Forever (or as long as….).

Call me old skool, but I will say til my last death grip post, the blog is where its at.

I also have to commend Dean on the multi-camera style he did for his video, very pro. I was curious where the clips where going showing him set up equipment, and that sly Shareski was share(ski)-ing subtly how he did his video, down to the iPad as teleprompter.

But do yourself a favor and watch the video and of course, share(ski) it and more…