Some might say that MAD magazine is not a comic, but I went for an animated version anyhow for the Animated Comic Cover ds106 assignment:

I saw this cover of Alfred E Neumann and ET and felt like they might me a love match for each other, so they gaze at each other with affection and experience the tickle of that magic extra terrestrial finger.

Don’t they make a sweet couple? 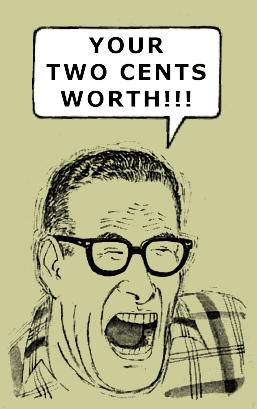 I read a ton of MAD as a kid, and I can recall backing out the plots of movies from the parodies there- so I knew about the Godfather from he satire first, seeing it in MAD before ever seeing it on video.

I think there is a future assignment related to the troubles faced by Roger Kaputnix or maybe a bit of mashup of Spy vs Spy.

In this animated GIF, I used a bit of magic I uncovered in the Photoshop animation palette. I copied and pasted out the eyes and ET’s finder to new layers, and filled in the background with some clone brush fill. In the animation palette, the layers have additional things you can animate via the toggle menu on the left side- you can set key frames for position or opacity, and by moving the slider on the timeline, you can nudge the position and make a key frame.

This method of animation is a bit closer to doing stuff in Flash or Director on the timeline- in Photoshop the only thing I cant seem to do is to resize objects, but doing movement and opacity offers a lot.

So I made the eyes of ET and Alfred move towards each other and away, and also made the finger move to the right. The glow and the star appear by keyframing the animation. 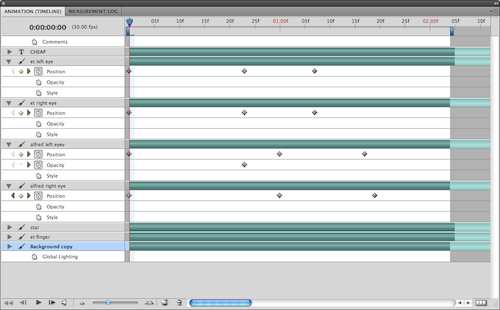 Don;t just get mad, get MAD! get Animated! Cause it is ds106 fir life and hell yes, I am over-branding this sucka.