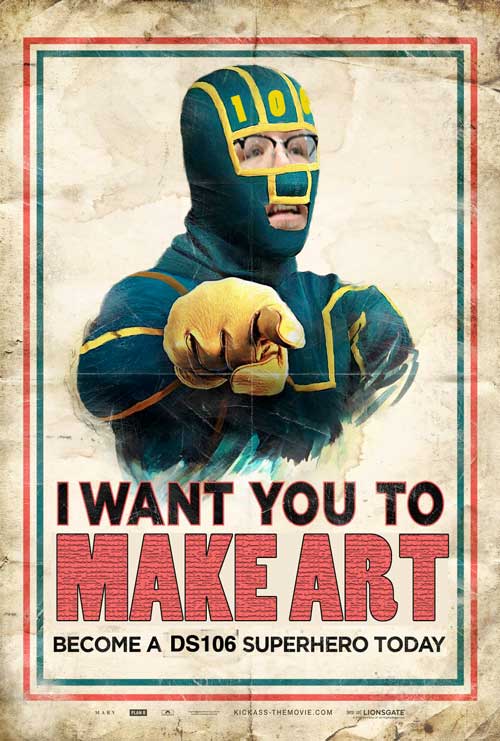 Time to let out your inner Big Brother! Create a propaganda poster for ds106. Use your photo editing software of choice and write a message to inspire your fellow ds106ers. For example, I took a WW2 poster about increasing ammunition production, and turned it into a poster promoting tweeting. 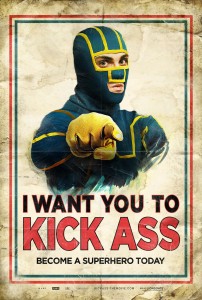 This was some quick Photoshopping; it will take me longer to describe then to do it. I used Popular Std font to put the “1 0 6” on the head- each a separate layer so I could rotate. For the 6, I converted to bitmap, and did a selection on the background of the poster layer to get a selection I could subtract from the 6.

To change the face, I made a new layer, did a multiple polygon selection of the face opening, and did Edit -> Special -> Paste Into to insert a Face of Groom. I fiddle a bunch with transform, rotate, distort- it is stil not optimal, but at some point you move on…

For the bottom text, I just filled the space of the words with clones of the paper background (moving the text wider apart to slip in the “ds106”. For the MAKE ART text, I used the Popular Std font again, and applied the Craquelure Texture filter to give the letters some gritty. I converted it to bitmap, and then selected all (command A) and nudged it up and down with the arrow to select everything, and used a Stroke at outline the letters.

This assignment can be easy or simple, but the appeal is trying to design something in the motif of these old posters.