My first feeling was that there was no way to continue. [Blogging] isn’t like math; in math, two plus two always equals four no matter what your mood is like. With [blogging’, the way you feel changes everything.

I’ve been growling and calling people out, daring them to do 7 Daily Creates in a row, and then weave together in a blog post, make something out of it, and leave a comment on my original post.

THERE IS NO SLACKING OFF!

I decided to enlist the help of five tough guys, and at the same time complete a ds106 video assignment, One Archetype, Five Movies, Five Seconds. Created by Michael Branson Smith, this is one of the more popular assignments, with over 50 examples listed:

I got lax on the five seconds, but these guys are tough and they will be in your face if you get soft about this challenge:

“You will not laugh, you will not cry. You will learn by the numbers, I will teach you [to be creative]” — just by doing 7 days in a row of The Daily Create

The Five movies are:

Thanks to a tweet from GNA, I realized I missed a golden clip:

"Boy, I am two seconds from being on you like white on rice in a glass of milk on a paper plate in a snowstorm," Me as Major Payne. Serious.

And you should know (thanks to a 6th bad ass Major), for some of you I am two seconds from being on you like white on rice in a glass of milk on a paper plate in a snowstorm…

Now I wil try and get a little (a tiny bit) serious. I see a lot in our students and open participants, sometimes to take the assignments and Daily Creates way to literal. Like today, draw a tornado. Sure you could take 115 seconds, and make a swirl on a piece of paper, and be done. Fine.

But where is the challenge to yourself in doing that? How is just doing the minimum going to make you more creative? It won’t. It is a jelly doughnut in the foot locker. It is less then #4life.

Here is what I wrote some of my Arizona colleagues when I nagged them on the CyberSalonAZ google group list:

Here’s the scoop -open your minds and do not be trapped in being so literal. Is it really a challenge to yourself to quickly make a swirl on a piece of paper?

Ok, that is the basic requirement. But it shows no imagination. No extending of the creative muscles. It is all too often what we see in students- set the bar for expectations, and they aim right for that.

The whole point of the Daily Create is to extend yourself, not just to do what it says. Frankly, I will yawn if I see a bunch of swirls.

The magic here is how you *interpret* the assignment. It does not have to look like a tornado, but represent it, or what it calls to mind. Maybe it’s the witches legs underneath a house. Maybe its a lonely view out a windshield of a storm chaser. Maybe its a drawing of a shower drain (think how the water goes down). Look up the etymology of the word and go from there. Draw something that represents the places(s) where tornados happen.

A few years ago when the Daily Shoot was active, I spent a week doing the *opposite* of every challenge. THERE ARE NO RULES, why are we so bound by rules? Make something up, and explain it or tease it out in a caption. See what Michael Branson Smith did in his by making a cat tornado in a baseball stadium. That is taking the assignment to a new (and weird) place.

Or there was someone who said yesterday’s assignment (a photo of a cloud that looks like an object) she could not do because it was overcast and rainy. LAME. Make your own clouds in the shower! Draw them on paper! Make shapes out of cotton balls.

No excuses are valid in my book, none.

You do not get to be better at stuff by doing the minimum. That keeps you at the same level.

If you really want to see someone who gets this, listen to this talk by Helen Keegan: 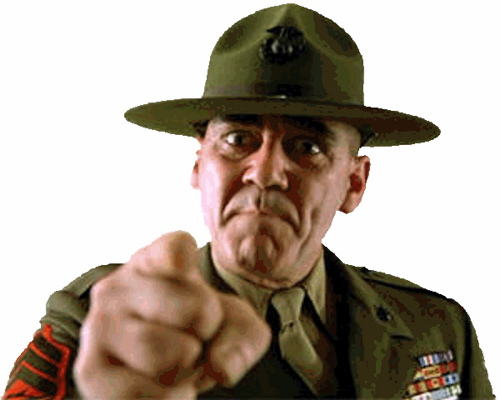 You will not laugh, you will not cry. You will learn by the numbers, I will teach you.