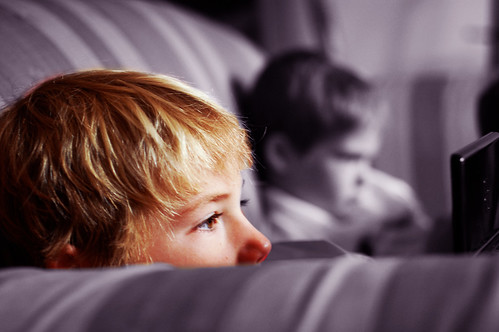 My section of ds106 starts tomorrow, I am teaching a section completely online. I just realized I never reflected much on the summer experience, wich was the first time doing it online. The summer version is even more different, because we have room to play with a narrative for the course. The irony here is I once questioned the need for a narrative which only goes to show the power of blogging and changing your mind later.

It is also timely to be doing this since I am part of another open online class, the Program for Online Teaching Certificate Class (“POTCERT dude”)– I am taking on this because I want to become a better online teacher.

I have to say after the Spring semester teaching the class in person, I thought it made more sense to be fully online since so much of the work is self directed. Plus I had a lot of classes in the latter half where it was just so uphill to get the students to engage in dialogue. And I realized how much power this in being able to do a 15 minute demo, or put the students into brainstorm or media blitz groups. And just ebing able to try and read body language.

Our frame for summer was a fictitious magical happy camp, Magic Macguffin full of rainbows and unicorns, and nothing would go wrong (unlike the dark and disturbing prior year of Dr Oblivion). It was fun playing with the metaphor, we had bunkhouse groups and camp fires, and even a virtual camp in Minecraft. The great part about the class was co-teaching with Martha Burtis who is not only crazy smart, but can run with acting on camera.

We interjected a bunch of teasers, fleshed ut some characters, hinted at mysteries (Shed #4), and went out in an explosive flash. Our final projects for out students was to create a narrative out of these bits of media, and they truly rose to the occasion (see their final projects).

The scary part is Martha and I co-taught that class to 11 students; now we each have 25+ in the fall semester. But we are planning it together, so we are doing the same assignments. So some things are going to be streamlined or changed, including:

I found it quite challenging at times to help students when you cannot see what they are doing; this is especially true for video editing and compounded moreso if the student is stuck with Windows Movie maker. it took longer to get to know them; this time around we are going to model and nudge at more use of twitter to be in touch.

Last week we sent out what is affectionally known as the SCARE letter, an email reminding the students how hard te class is, the overly killer level of commitment required.

I’ve done not bad, I had added 3 students as override but lost 2 others, so I am 26, which is plenty.

It’s been excitig to see the day before class that about 8 students have contacted me with their twitter accounts, 6 have registered their blogs at UMWDomains, a handfull have already installed WordPress.

It feels like a good time to be an online teacher!

UPDATE: August 27, 2012 I may have published while still partly asleep last night.

I found the teaching of ds106 online both rewarding and challenging. Without the contact and visual feedback in class, it’s harder to gauge the understanding, interests of students, especially if they are not participating or communicating back besides the times they post “This doesn’t work”

I am finding I have to put a lot more responsibility on them to be communicating, and not just with me, but everyone else. They have a larger role and stake in their learning here.

What has been rewarding about ds106 is that we are not having to do much software training or tutorializing- there is more than enough out there, and time and time again our UMW students show their resourcefulness. This means we can aim for the higher level stuff.

A number of students seem to want more information on where they stand in class, hence our decision to use Canvas at least for a gradebook. Also, a lot of grandparents and uncles seem to die during class. I learned from a colleague that this presented as an excuse for missed work AFTER the fact is not valid (it seems obvious, but now I make it a point to say it up front).

Twitter is highly important for being “in the mix” and I am pushing our students more to be using/sharing/playing in the space.

The thing I have found interesting is that when asked to totally make something up from scracth, fictional, our students often get stuck. For the summer class, we asked our students to make a story up for “What really happened at Camp Magic Macguffin” using media we collected and their imagination. Quite a few stumbled at first as they tried to make a story just a series of events. I am curious how to make them realize they totally can invent things, characters, etc.

The idea of weekly reflections (this summer it was Letters Home) worked well, and now this is part of our course structure. The trick is getting more of te reflection and not just a list of assignments

It’s also a lot of work to help students find a personal voice for writing. I lost track of how many assignments I had to ask them to not only do the basics like inventing a more imaginative title than “Video Assignment”, use hyperlinks & embedded media- but really, to create an interesting narrative as context for their media.

Lastly, its sobering that after all of our messaging about personal cyberinfrastructure, owning their personal web space, owning their name/domain, the vast majority of students do not return to their blogs. A few do, and I have a great story of a student I thought was maybe not present who really got it, and turned the experience into something that became a job offer.

There are standouts like Linda who used what she learned in ds106 as a platform for doing web design projects (and I loved her reflection video on ds106– which was not even an assignment – that we now use on the ds106 About page).

But for the majority, even with this experience, the web publishing is more or less in the bucket of school assignments, and when the class is done so are they. I still believe in this, and will push the idea. It totally rubs against the prevalent attitude of what school is, it is not #4life it is #4semester of #4grade.