In prep for doing next week’s introduction to storytelling for my ds106 class, yesterday’s sequence of events compelled me to try the Tell a Story in Five Frames flickr group, making a story titled “Freed” 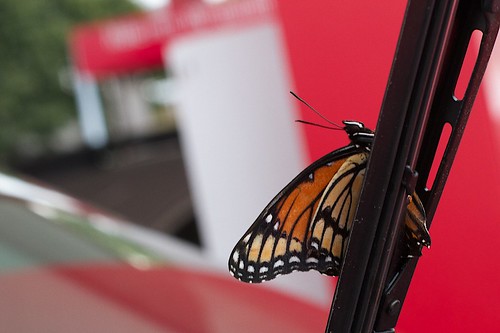 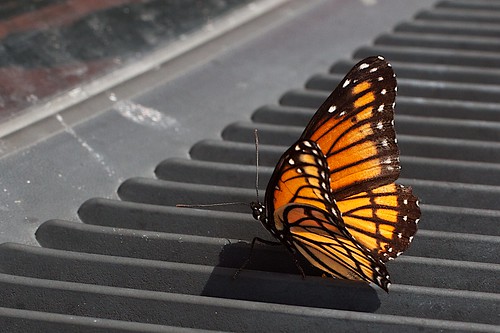 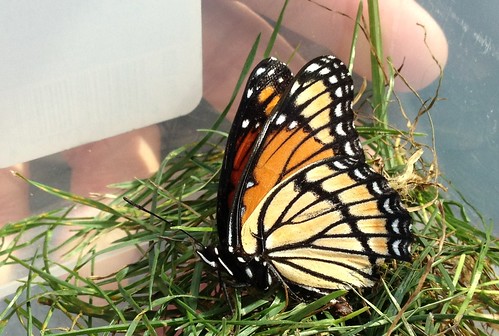 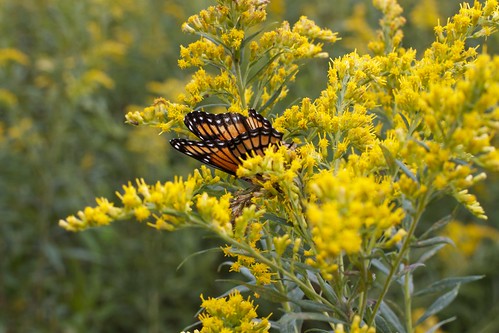 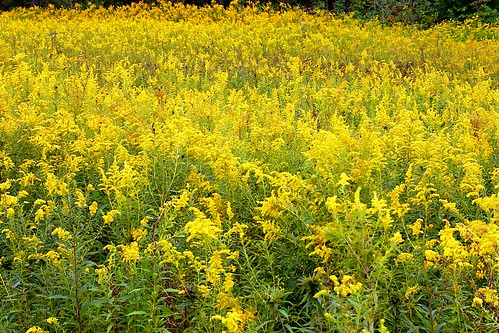 This are an interesting challenge, it is easy perhaps to illustrate a series of events. The trick to level up is to make the story less literal (which I cannot say I have done here). Like the six word story, this is a great exercise in telling a story within contraints.

The story as tweeted (with iPhone autocorrect typos at no charge)

@cogdog Flower nectar, and actually a lot of butterflies die at the end of the summer season, especially if it recently laid eggs.

@doodle_muse will do, up the road out of this grubby town I will look for place to let her go. I'm diabetic so no sugar on me

@cogdog They only drink after met. then live for a week to lay eggs, then die – w/out eating as a bf. #thingsyoulearnhomeschoolingyourkids