Have you ever had a pleasant, unexpected surprise happen as a result of having shared something online? I’m building out a new collection of these stories, having done it in 2009, 2010, and 2011.

Previously I called these kinds of stories “Amazing”, but I got in a little trouble so now I am re-casting them as True Stories of Open Sharing.

What is it I am looking for? Did you play the video? ;-) I drew the idea from my own experiences- ever since I started in edtech in the 1990s I’ve shared openly on the internet just about everything I have created. Why? because that is where I learned everything I know about edtech- from the stuff others have shared before me.

Is that crazy? I can’t tell you how many times people have stolen my ideas and gotten rich of of them. That’s right, I cannot tell you. Because it has not happened. But I can tell you of making connections of colleagues now I count among my closest friends, of getting invitations to visit Iceland, Australia, new Zealand, of having a photo I took of my car in Death Valley used on the cover of a German band’s CD, of a panoramic photo being put in the world’s largest picture atlas…

How can such a basic principle we formulate as kids be drummed out of us?

And I am not alone with these stories, those are the ones I have collected over the years.

I know there’s more. I know many people have.

I do it because I want people to know this is possible, that there is more to be gained by paying it forward, sharing it forward than not.

How to share? I want to collect these as YouTube videos, so you can either video reply to my video above or slip the info though the slot at http://bit.ly/truestories13 (YouTube makes it easier for me to assemble as a playlist and rig as a CoolIris show like years past). I want a video because it is powerful to see people and listen to their stories.

Don’t be shy and judge your story unworthy. For those who are getting that jittery connected feeling fmor being a part of the ETMOOC Coursmunnity it could be the connections are are just making now. For every scary fear story of some identity theft or abuse, there are 1,000 of these little positive stories that hardly get a ripple. Lets make a bigger wave. 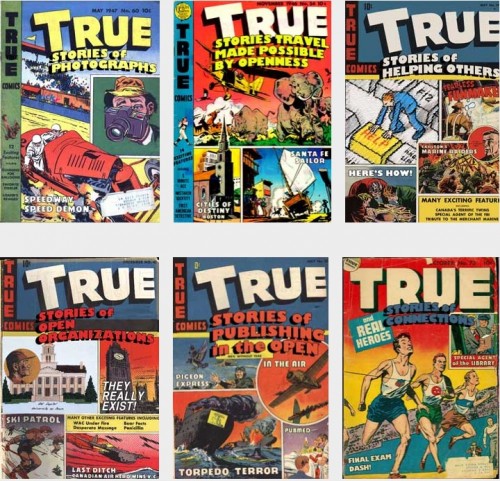 I cannot guarantee you that if you share your stuff online that good things will come your way. The reason for sharing should not be the expectation of a reward, its the unexpected, the serendipitous that make it magic.

But I can guarantee you this– if you never share anything online openly, I can promise you 100000% you will NEVER experience one of these stories. Sharing just creates the potential energy for powerful connections. I’m in it for the chance.

What’s your story? Tell me, ok? I’ll share it forward.