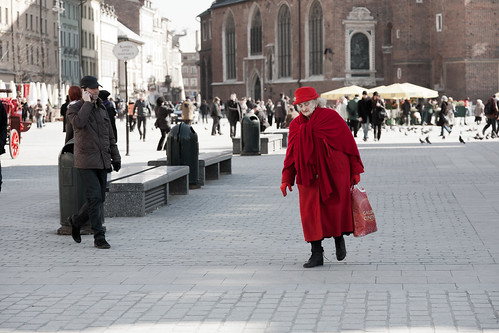 I want to toss a big thanks to Ben Rimes for organizing and running the last few weeks the online reading group Book Club 106 with last week’s discussion being the wrap up for Sherry Turkle’s Alone Together.

Like Ben and others, the group reading experience compelled me to finish a book I might have skimmed through or left on the pile of Books Started and Maybe Eventually Probably Not Finished. I missed the last few weeks as something seemed to keep coming up Thursday afternoons.

I have to say the best part of am experience like this is discovering flaws and misdirections in ideas and attitudes held before reading a book. I started out with a bit of mockery of the book title, was a bit critical during the discussions with mm questions, and carried some notion I repeated that “Turkle expected is to get off out devices and walk down the beach discussing Milton”.

Just this morning I was listening to NPR and tuned in to the TED Radio hour’s show on Do We Need Humans that opened with a segment on Turkle and this book’s topic. I actually got a better sense of her perspective in this short audio than I did in the book (might be a sign of my reading ability).

As a ds106 sideline, this audio editing has a remarkable feature worth remembering when creating audio stories. The opening segment starts with a recanting of Turkle’s experiences at a demo of a nursing home care robot. The setup starts with a bed (background music) that sounds kind of like Apple’s nifty techno love music as it builds toward talking about the excitement, and right where Turkle reveals at 2:10 how every one was excited “… but I was… extremely… depressed”–

— and the music just stops. The drop off in music hits the tension moment perfectly, it mis-directed us.

But audio editing is another story

And I believe it’s because technology appeals to us most where we are most vulnerable. And we are vulnerable. We’re lonely, but we’re afraid of intimacy. And so from social networks to sociable robots, we’re designing technologies that will give us the illusion of companionship without the demands of friendship. We turn to technology to help us feel connected in ways we can comfortably control. But we’re not so comfortable. We are not so much in control.

These days, those phones in our pockets are changing our minds and hearts because they offer us three gratifying fantasies. One, that we can put our attention wherever we want it to be; two, that we will always be heard; and three, that we will never have to be alone. And that third idea, that we will never have to be alone, is central to changing our psyches. Because the moment that people are alone, even for a few seconds, they become anxious, they panic, they fidget, they reach for a device. Just think of people at a checkout line or at a red light. Being alone feels like a problem that needs to be solved. And so people try to solve it by connecting. But here, connection is more like a symptom than a cure. It expresses, but it doesn’t solve, an underlying problem. But more than a symptom, constant connection is changing the way people think of themselves. It’s shaping a new way of being.

That segment is actually from her 2012 TED Talk, which makes a nice companion piece to the book.

And it reinforces an important point- Sherry Turkle is not anti technology, not a book sniffing luddite. Her career has been devoted to researching our relationship to technology. She admits too and struggles with her own relationship with technology:

Just a moment ago, my daughter Rebecca texted me for good luck. Her text said, “Mom, you will rock.” I love this. Getting that text was like getting a hug. And so there you have it. I embody the central paradox. I’m a woman who loves getting texts who’s going to tell you that too many of them can be a problem.

This was touched on in the book but I’d like to know more about this paradox, and what we do with it. Give in? Rationalize? See faults in others and not ourselves. It was not until page 157 that I wrote in my book, “I finally get you” where she ended a section on the True Confessions chapter (my emphasis added):

Like a conversation with a robot, online confession appeals because someone wants to speak. But if we use these sites to relieve our anxieties by getting them “out there,” we are not necessarily closer to understanding what stands behind them. And we have not used our emotional resources to build sustaining relationships that might help. We cannot blame technology for this state of affairs. It is people who are disappointing each other. Technology merely enables us to create a mythology in which this does not matter.

In all the stories Turkle shares where people hint at knowing their technology focus on communication is shallows, that teens have a nostalgia for interactions that they never experiences (letters, conversations). Again from her TED talk:

And I believe it’s because technology appeals to us most where we are most vulnerable. And we are vulnerable. We’re lonely, but we’re afraid of intimacy. And so from social networks to sociable robots, we’re designing technologies that will give us the illusion of companionship without the demands of friendship. We turn to technology to help us feel connected in ways we can comfortably control. But we’re not so comfortable. We are not so much in control.

I found myself in reading her examples thinking of all my own experiences with countered her assertions. I have to respect and acknowledge that she is drawing upon hundreds, maybe thousands of interviews with a variety of people, and I draw from my singular datapoint.

There was a time at my doctor’s office when I watched an interplay. A younger mom was there with a daughter, maybe 4 or 5, and also her mother. Both adults were phone face, planted in their mobiles, and the little girl was doing all the things she could to get some attention. And she was shushed.

This makes me wonder about our facility for extending our own experiences to a larger generality of others. I have extremely positive relationships that are online; the Book Club 106 was somewhat an exercise in irony, as we were using technology to have these conversations and reflections on the idea that technology inhibits conversations and reflections– with people I would not really likely every be able to have an in person connection. I spent 7 months un 2011 traveling around the US and Canada to visit people in their homes who I had made with, and for some was solely the way I knew them– online.

I had my own frustration with her writing style, in which each chapter presented a litany of case examples that was followed by sometimes what I felt were overly arching conclusions. In the first two thirds, the case examples were short (maybe just a paragraph), and I felt like “We are not getting a fuller picture of this person’s situation”. Later in the book, she gave pages of description to her examples, and then I felt “That’s just a few people’s experience”. There is no perfect way to relate the experiences in case studies, I bet.

The stuff on robots was more outside my realm since I have not been around kids and robot toys in a long time, and have no experience with social robots. They do serve to point out why these relationships might appeal to people who are worried of the risk (vulnerability) of person to person interaction, that a robot is safer relationship but one that does not challenge us.

When she got to the middle chapters on social media and mobile devices, it was closer to home, since these are part of my every day life. The most significant insight I had was her description of how parents who give their kids phones have a level of minutia contact at a frequency I would have never wanted. Teens (and all of us) do need some more space. I just was relaying this to a friend who reminded me of the concept of “helicopter parents” always hovering to their kids.

The timing of the writing (2011) has some techno-irony. Turkle mentions Chatroulette which, while still active, is something I have not heard anyone refer to in a long time. Did it wither on its own freaky discord, left to only people who wish to flash their body parts to strangers? And need I mention Second Life?

If you relinquish your privacy on MySpace or Facebook about everything from your musical preferences to your sexual hang-ups, you are less likely to be troubled by an anonymous government agency knowing whom you call or what web sites you visit.

So as I wonder from the book, what do we do with this? Shrugging it off as “the way things are” or “it’s beyond my control” is easy but also surrender. Turkle does not have the answer nor do I, expect at least to be more aware, more deliberate, more reflective. I spend a lot, maybe to much time, plugged in, but like to feel I have those sacred spaces wokring in my gardem yard, hiking, reading a book on the porch, socializing with local friends… all of this though ends up feeling like asserting “Well I am different”.

There are no simple answers as to whether the Net is a place to be deliberate, to commit to life, and live without resignation… how can that culture be rebuilt to specifications that respect what we treasure- our sacred spaces. Could we, for example, build a Net that reweights privacy concerns, acknowledging that these, as much as information, are central to democratic life?

Turkle also reminds us that its very early in what may (or may not) be a long term change in human relationships.

I have come away from this book with maybe more questions, but also a different appreciation for Sherry Turkle’s concerns for how we relate to each other. A change in this direction doe snot happen on a broad scale, but maybe, maybe, maybe, on the choices we make in our own relationships, and how we attend to each other. 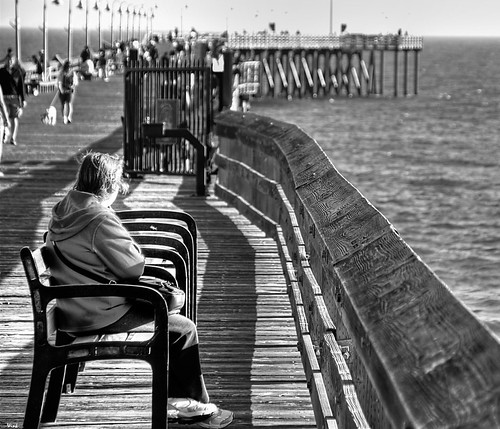