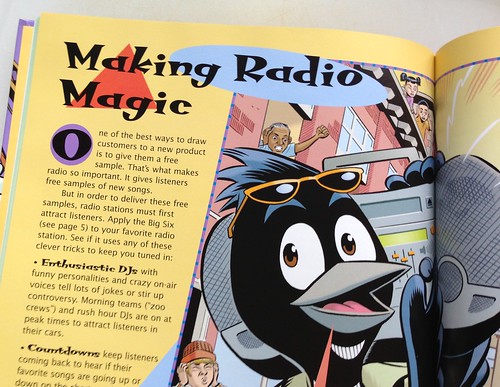 We were excited that SourceFabric asked to stream 2 hours of ds106 radio for their program for World Radio Day.

I got a smattering of suggestions interest in the google doc, but a big gold star sticker goes to Dr Jones for sending me 2 great recorded remix sets. I have a lot of archive material, and put it in a playlist.

It was 8 hours long

I thought maybe we could do some call in stuff too, but since I had so much stuff, I kind of just took it over. Sue me. I put all the files in iTunes, and for the longer clips, I use the setting where you could define where it started playing, so I could have just a sample. 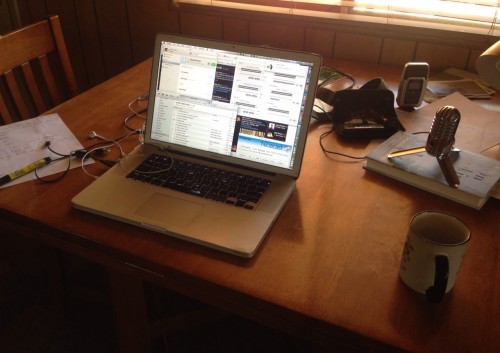 Set up for ds106 radio broadcast

I’ve done this enough times, but I always run it through a test on the local server, and review the recorded archive. The Skype part is tricky, I use the test call for both ends of the audio. The trickiest part for skype is getting the levels even between me and the people talking into Skype.

We had a good number of listeners on our end (like 14, which is huge). I have no idea who was tuned in via SourceFabric. That’s the nice thing about our little group- we had a lot of people actively tweeting back, and that ability to hear from your audience is what makes this more than just broadcast.

Anyhow, here is the playlist. It’s hard to get two hours of representative material since we likely have weeks of it, and its probably a wee bit tilted toward stuff I was part of. So be it. 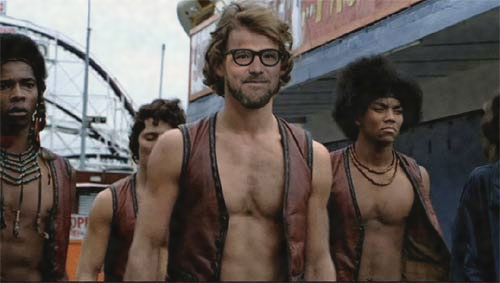 @noiseprofessor produced this with his usual Photoshop jujitsu

Of course we started off with the “Can You Dig It” station ID, and below I try to link to all sources or references

That was a lot of fun, hope you 14 enjoyed it too. And the rest who tuned into Sourcefabric, I hope you said, “What the bleep is this?” because sometimes its better to not be totally obvious.

Speaking of the Warriors and ds106 radio, a little back track to Jim Groom

It helped me realize that ds106 Radio is, at least for me, that alternative narrative of possibility wherein we both share take culture that is meaningful to us freely as well as re-frame it more personally for one another””we control the vertical and horizontal, which is just another way of saying the means of production. The idea of this platform flying in the face of controlled channels of distribution. 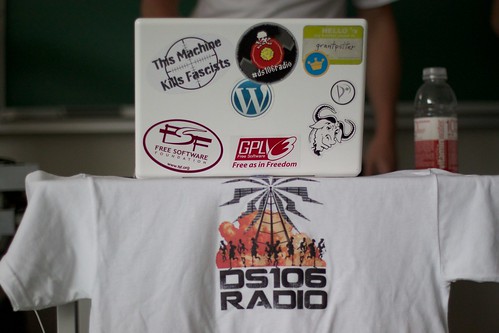