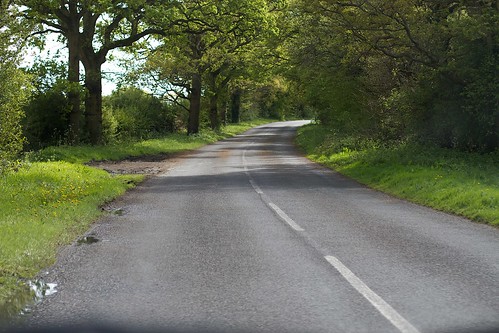 Before reading this, I suggest reviewing Mariana’s newly shared “The psychology of open: On wrestling your inner MOOC”.

It was written for a presentation she is doing June 3 at one of the more interestingly titled and themed conferences — The Higher Education Academy is running a conference called Heroes and monsters: extraordinary tales of learning and teaching in the arts and humanities. Her summary:

I have been invited to run a workshop on the psychology of open education “˜You cannot be half-open: On wrestling your inner MOOC’. I want to focus on the inner barriers academics wanting to operate in the open web encounter and how they can overcome them. This is what I am defining as the psychology of open education and I have decided that my next book will be about this. What follows are my notes for the conference session.

I have come to believe that the success of open education may rest on our ability to support new adopters in wrestling these inner monsters and find spaces to tell epic stories about inner battles with open sharing. Without this inner viewing, interest and learning about infotention and other digital literacies may be tactical but not sustainable.

Publishing a paper online was not required, but something Mariana saw as being on this path of openness. Ironically, she has said she wanted to share it with em as a draft. I told her just to publish it, there is no harm or secrecy breached but putting it out there (and the beauty is you can edit it any time), and likely not noticed (until she found that WordPress auto tweeted it).

Among other worthy parts of this paper, she shares her own path to openness. I have to say it is a path you always walk but never quite reach some milestone or destination.

Ironically, when I was visiting last month, on the drive back from the OER14 conference in New Castle, I recorded a bit of audio interview with Mariana about her early forays into DS106… I had forgotten about it til I saw her post today:

On the Road Talking About DS106

A few notes I had taken…

Her first impression of ds106?
“The thing I saw first an animated GIF by Andrew Forgrave” she had been told about ds106 in Martin Weller’s course, Open Education H817. There was an assignment to “investigate an innovation in open education”

“Did you believe Jim Groom was a real person?”

Laughter, no but the Dr Oblivion video was one of first ones she saw.

“The fact that this crazy american would put on a wig, shave his head, assume a character– wasn’t that out of the bounds of what was accepted in higher education?”

Yes it was very silly but making very serious point.

Blogging was requirement at the Open University. Mariana had never had been involved in social media, never thought she would be interested. But she did set up an academic wordpress blog (the one where her recent paper was posted).

Her own firsy gif was from the Black Mirror series; she says it was “a very bad one”. She got stuck with various things, and remembered a Michael Branson Smith post about how to make one from film, that was how she learned how to do them properly.

We just have theories

Where is ds106 going, where will you go in the future?

Will depend on the new people who show up, also how much it will continue to be done at UMW and other places.

When will someone in the UK run a ds106 course? Whats wrong with Martin Weller?

I’ve seen Mariana’s openness happen, from the first time she used her own voice in an audio assignment, so showing up on video in a hangout, and finally, the big step, using a real photo rather than a cartoon avatar (whoops, I have not gone that far).