The frames of this gif (image data) were edited in audio editing software. It’s in the realm of glitch art as the effects created are largely unpredictable. It’s a matter of saving an image in an uncompressed format, importing into Audacity, applying an effect or two, and exporting back again.

What happens when you use audio effects on images? http://t.co/LcxCGPrW14

Brett Camper’s post on Data Bending With Audacity has a long list of examples. I was able to do it with both this post and a prior one by Antonio Roberts.

I started with a JPG of a photo rummaging around my desktop pictures, a photo of a cholla cactus I took maybe 10 years ago: 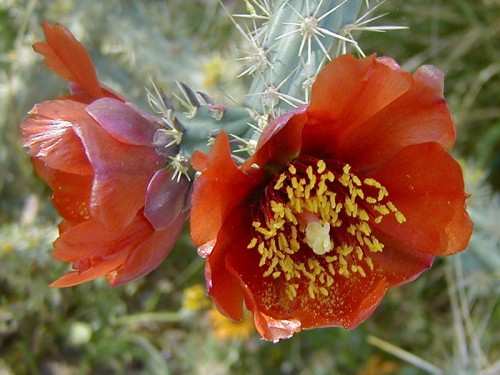 In Photoshop, I resized it to 800x600px and then exported it as a TIF image (as instructed) with these settings: 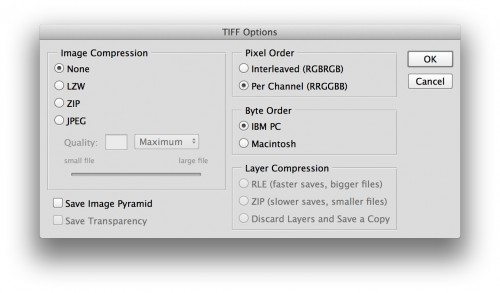 The pixel order (per channel RRGGBB) is the key thing… I am guessing.

In Audacity, you are going to actually import this TIFF via File -> Import -> Raw Data. I used these settings: 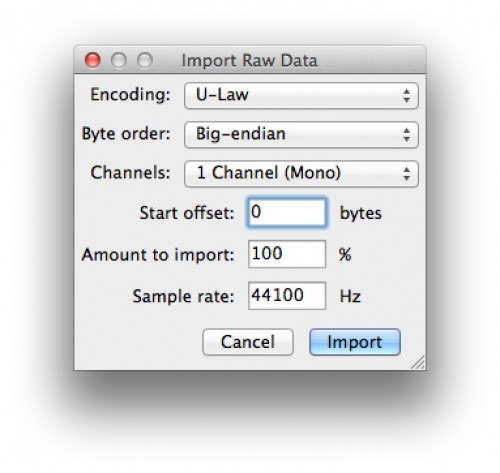 You then get an image file’s data inside an audio editor! 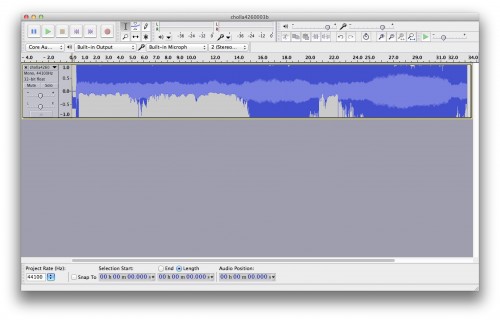 It’s not much to listen to:

From what I understand, you want to select everything after the first 5 seconds (which is supposedly the header data, meta data about the file), and then apply some effects. I did one effect at a time, exported, then did “undo” to try a different effect.

When you export the “audio”, make sure you use the same option for the import (I used “U-Law” and do not know what that is). Select “other uncompressed files” and hit the options button– set the headers to “RAW (headerless)” and the encoding options to “U-Law”: 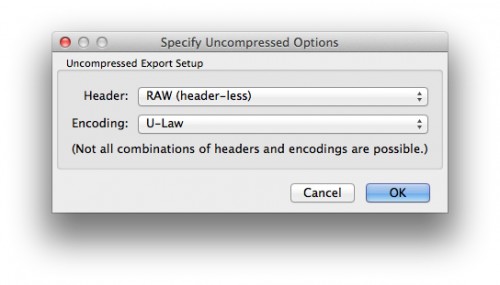 The file name will be something like cholla4260003b.raw but I changed the file extension to be “.tif” I could not open the files in Photoshop (errors on header information), but I could open them in Preview, and then save as JPG.

Here was some different variations I made in this quick foray 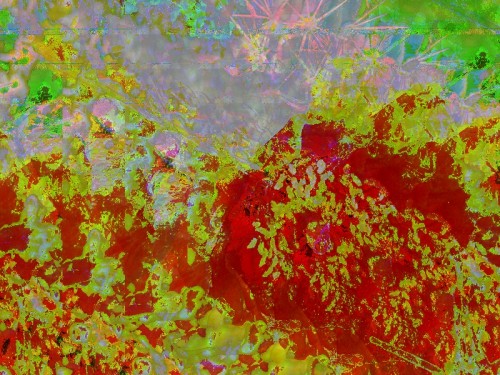 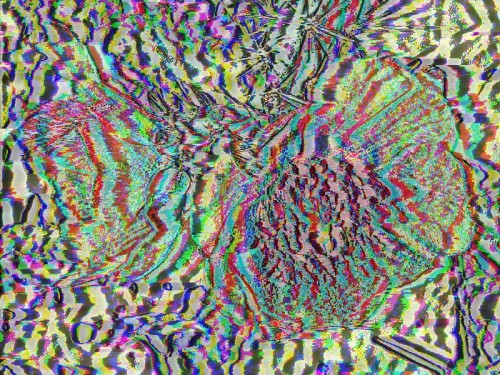 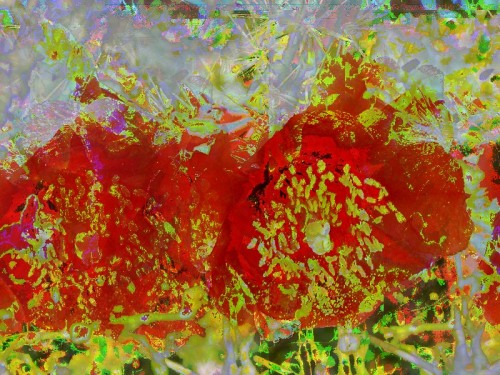 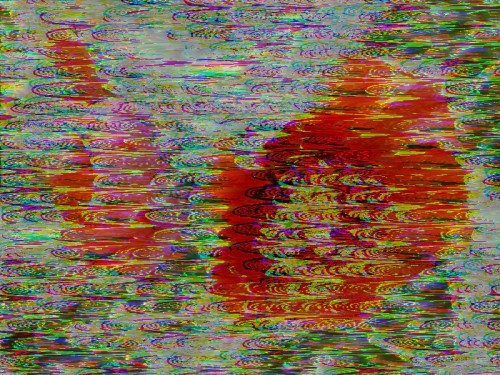 It’s pretty interesting to experiment with, I like the use of using software to edit a type of media it was not perhaps designed to work with. The fact you can import raw data says a lot about the approach to software by the folks that created Audacity.