This is part 4 of 5 in a series of posts for Building Connected Courses: Feed WordPress 101

The previous posts in this series covered setting up Feed WordPress and getting mostly blog feeds into a syndication site. But you are certainly not limited to blogs, you can add anything to Feed WordPress for which you can find an RSS feed.

From a lot of social media sites, you can find RSS feeds for individual users, less and less it seems you can feeds for across different user accounts. YouTube has squashed most RSS beyond a feed for an individual’s uploaded videos.

In this installment I will pull some rabbits out of the feed bag to show some tricks I use for RSS feeds that need a little boost. And as well, I show you how to provide some care to errant feeds in your site.

There are a few ways to get feeds of photos from flickr. For your own photos, you can customize what gets included into an “activity” feed— at the bottom of that page is a link for an RSS feed to provide that information.

What is more useful is getting an RSS image on a search, like if your course has a common flickr tag. If you run a search on flickr, if that feed link is at the bottom of the page you might never know, since it is designed as in infinite scrolling page. I tried a search and never got to the bottom.

But with some know how and info on what you can get from flickr feeds, we find the format of a flickr RSS feed for a tag looks like:

Great. You can put that into your Feed WordPress and go. That is for all flickr photo tagged magic

Ahhhh, but one hitch. This is the size of the images flickr provides us via RSS 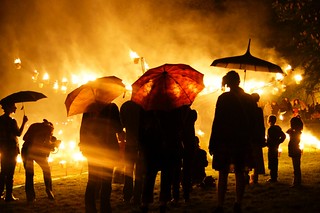 That may work for you, or maybe you can wave some CSS magic, but that’s a tiny little image, only 320 pixels wide.

Thanks Yahoo for killing the Pipes. I’m out of tricks here.

The format of Feeds from tags on Instagram is easy to assemble:

And works directly in Feed WordPress.

What you will get is really simple- a post with the photo title as the title and just an image. But that’s all you need, right?

UPDATE November 30, 2014: Sadly, sometime back in September, Instagram just turned off publishing of RSS Feeds. They still offer a developer API, why did they do this? Do you think this is fair?

I’ve actually not done any syndication from pinterest, but you can get an RSS feed from anyone’s account like mine which I may have used 3 times (username=cogdog)

You can also generate a feed from a single pinterest board – for my single measly board at http://www.pinterest.com/cogdog/oh-emre5807/ the feed URL is

There does not seem to be a way to get a feed of tags across pinterest users.

Many projects use diigo for organizing and sharing web links. delicious.com had/has perhaps the most robust and flexible feed structure but sure seems unreliable in the last few years.

Feeds from diigo will bring along the description and other tags used as well.

You can get a diigo feed for a single person’s bookmarking- the link is in the bottom right of your “My Library” page. Mine looks like

And likewise you can get an RSS feed for a ingle user’s tagged sites, like my diigo bookmarks tagged photography, the feed is

But the rub is you cannot get an RSS feed for the photography tag across other users. The only way to get this effect is to create a diigo group, which provides an RSS feed for its activity.

You Can Tweet if You Want To, Getting a Feed Takes Some Effort

Until early 2014 you could get RSS feeds directly from twitter; then for whatever reasons they removed this capability (all interaction you can do is through it’s API which most mortals cannot do).

That does not mean it cannot be done. The same information is published in a different format (JSON for you curious nerds). I have done this for all of my syndication sites using the approach spelled out at Digital Inspiration that uses a Google Script to convert the data to RSS.

So you can syndicate in individual tweets.

The problem is they look kind of… silly. The text of the tweet comes in as the title of a post, and the same text is in the body. So it looks redundant.

In my work on these sites, I end up doing custom coding, where I can use the URL for the tweet and WordPress capability to automatically embed so we can make more native like views like: 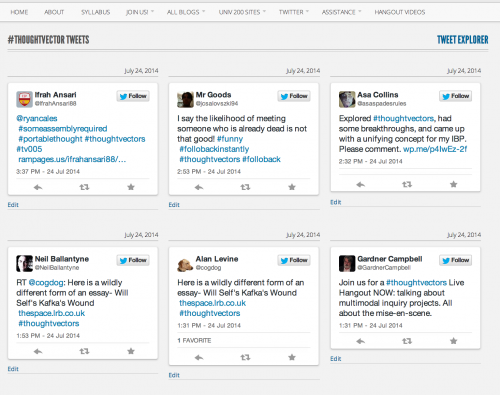 But this goes beyond the bounds of this series of posts. If you really crave it, read my technical writeups on sites for thoughtvectors, for rmooc, and for the Future of Learning sites.

It is a question to you then- why would you syndicate in tweets? It is certainly easy enough to generate a twitter widget for your site. Is it to collect an archive?

What I do recommend for any project where tweets are happening, especially with a hash tag, is to always set up a Twitter Tags Archive in Google Docs as created my Martin Hawksey. His post provides instructions and a video to guide you.

What you end up with is a Google Spreadsheet that checks twitter once and hour and archives tweets to that spreadsheet. So for the Future of Learning Institute, we have all of the tweets as data: 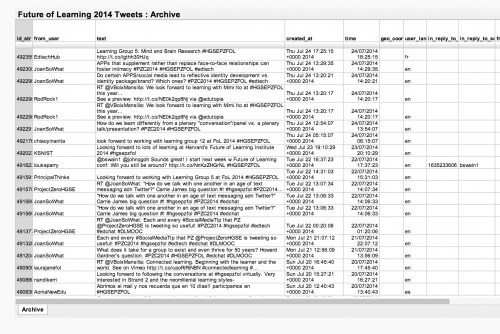 But Martin has woven more magic into this tool. There is a worksheet with a summary, and I use the Google Docs Publish as HTML to Embed to create a page on the site for the Twitter Summary 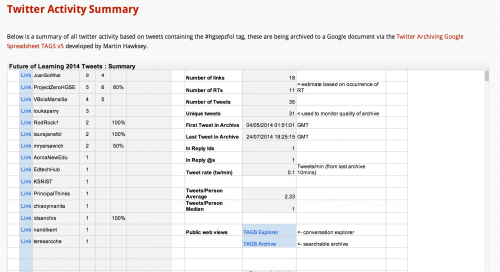 I can embed other worksheets and embed to make an Activity Dashboard, a searchable archive for the tag, and probably the most exciting, an interactive tweet explorer — the FOL worksheet has just started, for a more developed one, see what 10 weeks of twitter activity for thoughtvectors looks like 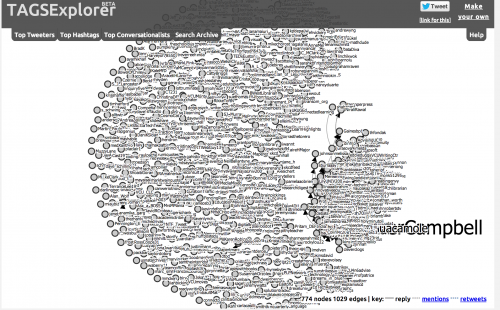 In this case from ds106, the error message on the right suggests the site is no longer online:

Fixing these requires a bit of detective work. You can check out the site by hovering on it’s name- and following the “View” link

In this case, we get an error from your internet provider saying the domain does not exist. It’s gone. You can use the same hover technique and now click “Unsubscribe”.

That seems like what we want. We get a new screen where we can enter a new feed, and be done, right?

This did work at one time, but you more likely get the enigmatic zen like question for which there is no way to respond: 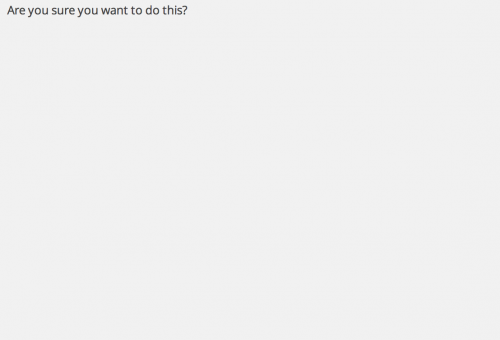 I can only guess but there is either a bug in Feed WordPress or a conflict with another plugin.

But we are not done yet.

If you recall from the second post in this series, Feed WordPress stores all of the data about Feeds in the WordPress Links area.

We can go there, look for the site we wish to change by searching the links. When you find the link name, click the edit, and scroll down to Advanced Settings. You can change the Feed URL by entering the value of RSS Address:

Once you save, this new RSS feed address will be used the next time Feed WordPress checks the site. With luck, you have fixed the feed.

You can also completely delete a feed by deleting it’s link. I said that with caution. There is no undo.

Sometimes a feed just keeps generating those yellow box errors, even if it does successfully validate, with cryptic reasons like:

What works often in these cases is to “clean” the feed using Feedburner a Google service. You can provide it an RSS Feed, and it generates a new “feedburned” one. You can use the hover option Change Feed to swap in a new feed URL.  I have found this fixes about 99% of the yellow box errors.

And That’s Some Feed Magic 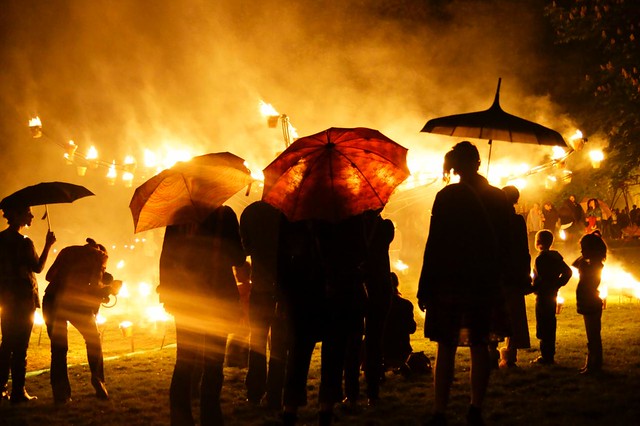 This section does not cover every and any possible feed type to deal with, just the commons ones I have worked with on the sites I have done since 2012. What Feed WordPress does is almost magical, it is complex, and you should know that there can be a lot of differences in what one RSS feed provides compared to the next.

This is part 4 of 5 in a series of posts for Building Connected Courses: Feed WordPress 101

In the last segment, I will review some more WordPress mojo you can conjure up for your own syndication site.