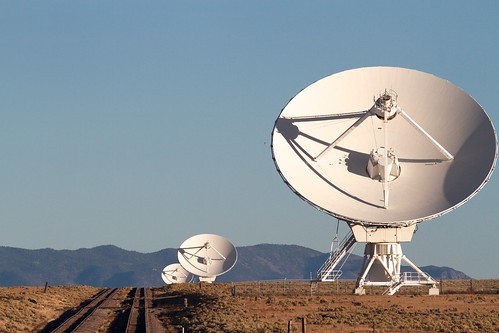 Maybe it’s the ramp up of Connected Courses but it’s also some upcoming presentations that made my slap my had with a loud “DOH”. I want to create a collection of examples of (and here is where I mumble because I do not know what to call them) how about DS106ish courses– ones using a distributed participation model but also using syndication/push technology to collect or aggregate activity in one place.

I know my own examples, all framed around the WordPress / Feed WordPress structure I’ve been deep in since ds106, but also have built out maybe 7 others (and another in the works this week). But others have done this same thing (UMW Abroad has posts back to 2009), in other platforms (all of the cMOOCs Stephen Downes fostered with gRSShopper (Hey Stephen, I thought you had a list of courses you made with this, but I could not find it… help?).

There is the new reverse flow approach of Known that Jim and crew are running now for Wire106. There are I am sure people who have built hubs in NetVibes, and there is the work Laura Gibbs is doing with inoreader (help I can never find a link to where this is!). Before Google deep sixed its Reader I know people like Alec Couros used its bundle capability to embed an aggregator of student blogs.

When this kind of thing comes up… just ask for examples

And they have been coming in, thanks. But I am not quite sure where to draw the bounds as asked by Derek Bruff

@cogdog Would @CIRTLMOOC count? We're connecting courses but not through syndication. http://t.co/3PqRLICarQ

So let me try to frame it this way– Courses (and yes, I am looking at more than open collaboration projects, but maybe they need not be pure courses) that are designed/structured where students/participants create the bulk of their work in digital spaces they manage and control (so this is the distributed part) but via a syndication/API/push technology (for simplicity I like calling it syndication, but need not be just RSS) to aggregate the participant activity in some central hub site.

That rules out the stuff where people use Google+ Communities as the locus of activity. It’s interesting, but all of that takes place in one spot, Google’s. And while connectivity is going on in your course, Derek, I am not quite sure. But hey, toss examples in there. And FemTechNet probably has most of this covered, but its more of a network of networks. I do count Jonathan Worth’s original Phonar approach thought really the “syndication” was the comments on a wordpress site, but people published their photo work in other spaces. Phonarnation definitely yes, as all of the photography done by youth was published in flickr, Instagram, but found its way to the main site by aggregation of tags.

But hey, push back, or point me to something more difficult to say yeah/nay. I am looking for other models and approaches too that I do not know about. If you are not sure, just dump it in my doc anyhow. It’s just a brainstorm.

And for a very hot off the press example, Kim Jaxon literally built hers today

Thanks to @cogdog amazing Feed WordPress walkthrough, I am now syndicating all my grad student's blogs on my site!! #unitetheclans #ftw

Check out her English 692 Digital Cultures hub for a class at Chico State.

If you are in Connected Courses, we will be getting to the “how to I make these” at the end of the course, in unit 6. So hang on tight. If you want to try and follow Kim’s lead, I sent her to my series of Feed WordPress 101 posts.