That’s my photo, but that’s not my name or occupation. My mug has been hijacked by someone pretending to be someone who does not exist. Like many of you, I had no idea this kind of thing went on. It’s called Catfishing.

Welcome to the dark underbelly of openness.

I’ve read with the greatest respect how Alec Couros has dealt with this. He’s dealt with this a lot, yet he did not clam up his presence on the net, run off to live in an ice house in Forward, and probably shares more of his photos than before. It’s not only brave, it provides valuable lessons in digital literacy, the kind where we need to Question Everything.

It’s happened a lot to Dean Shareski, too.

Maybe it’s just Canadian educators who’s photos get stolen to create fake online identities to lure woman on dating sites to somehow con them. I kind of was jealous for a while, then just said, it was better to now be featured in such a way.

It’s the kind of thing that makes you say ‘GROSSSSSS’.

My number came up today; a fellow flickr user sent me a message to say she had seen my photos reported on romancescam as some dude named David Frederickson (not the most suave non de plume -why is it not Dirk Savage, or Hank Grockman), with links on Facebook and LinkedIn.

This is the photo David is using to be me. I cannot say its a favorite pic, but it was from that special time I was alone in Iceland 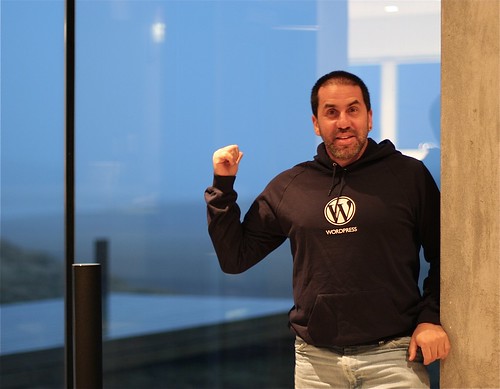 @ronhoutman @bennettscience It's not me that's attractive, it's the WordPress hoodie.

Naturally I was curious and clicked the Facebook link. And the LinkedIn one.

Since I nuked my Facebook account and unlinked myself from LinkedIn, I actually have no recourse to report their site’s abuse of my image.

But what I can do is ask for help

Found out my photo is on fake accounts. Since Im not on these sites can u get me screenshot? https://t.co/BKO2ExJhUC http://t.co/4VZyOfuJzT

It might take me hours to get an automated response from FacebookedIn, and even more effort to actually get something that addresses the issue.

On twitter, it took approximately 90 seconds- thanks Matt Jukes (in the UK) and Brian Bennet (in America)

@cogdog That is hilarious. Facebook page has been deleted, here’s the LinkedIn pic.twitter.com/xlxfKbDs6n

And Ron Houtman did the reporting for me

@cogdog @bennettscience FWIW – I just flagged/reported the LinkedIn account as a misrepresentation with approprite details.

Yes, this is a Terrible Thing and Someone Ought to Do Something About It.

But you cannot. This is the light/dark balance I talk about in presentations on openness. 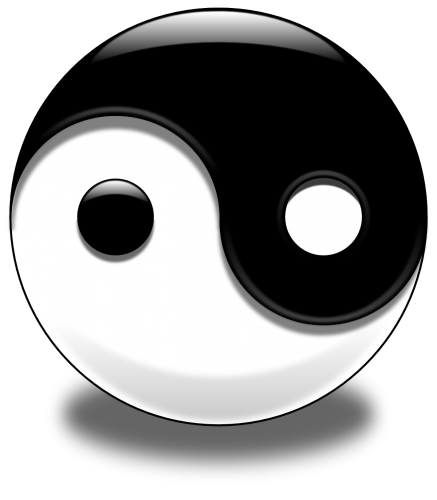 For all that we cherish, value, and benefit from the openness of the web and the internet, it cannot exist without the the potential for the Dark Side. Not that you have to have it in your face or spend much time there, but you have to allow for it to exist.

That does not take away the yuck factor. When it happens to you.

@cogdog I get a new report from a scammed woman weekly. Got one today from http://t.co/Cuizk9rxNP. @ronhoutman @bennettscience @shareski

And also, you cannot use rules and technologies to provide an iron clad guarantee. You cannot prevent David Fredericksen (or whomever it is) from taking my photo and putting it on a fake profile.

Not for me. That approach may address the symptom but not the problem.

And that’s the subtle beauty of the open internet. Beyond the bounds of private enclaves, and LinkedBookIn silos, are the places that use the webness of the web, that there are people like my flickr messenger and the people that report these in online spaces like RomanceScam, and that educators out there like Alec who use their stories as teaching examples.

Do a favor for everyone. Read/Share/Teach from The Real ‘Alec Couros’ Please Stand Up?.

That is what we can do.

Are All Online Images Fair Game ?By Jason Wilson

It’s easy to pinch a photo from a website and post it in a new context. But how is the easy circulation of images online challenging our ideas about privacy?

Perhaps, as writers like Daniel Solove suggest, we need to rethink our ideas about privacy in an era of highly spreadable media. Solove draws on the work of researchers on social networks to suggest that privacy shouldn’t be regarded as an on-off switch. Rather, he argues, it can be violated, and damage can occur when something spreads from the relatively closed social network for which it was reasonably intended to a much larger audience.

If that understanding was to inform a new set of norms around privacy, we might not need to be so concerned about what we post online but norms are far slower to evolve than technology is. Perhaps, as Solove suggests, we may need to speed along their evolution with changes in our laws. It’s something to think about the next time your face turns up somewhere unexpected.