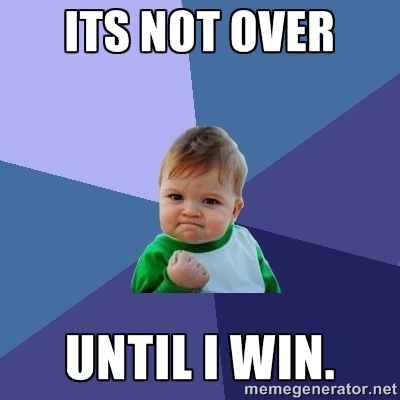 It’s actually some sort of inside out zen riddle. Pretty much the concept of a course as most all of us know through decades of conditioning is that classes/courses are clearly bounded in time. The school sets the schedule, the teacher gives out the final grade. All rather clear signals of a learning experience reaching its terminus.

And largely (I am counting on you Sandy to find me exceptions, I know they exist), most xMOOCs are bounded to. The web shutters go up at Coursera, FutureLearn, et al.

It was the very first cMOOC and ones after, and ones like Connected Courses that are not really calendar bounded, that this idea of a course not being over raises an interesting notion, and muddies the waters where a course ends and maybe a community extends. People in and around #ds106 rally under the gusto of “4life”. Long after rhizo14 ended people are doing research and writing papers. The same goes for many more. Those hashtags become kind of a call sign.

To me it was made abundantly clear the powerfulness of it in the Connected Courses Co-Learning unit when Alec Corous hosted a hangout with participants of ETMOOC, which was almost 2 years ago.

The question lingers, for whom is it over? The course planners rightfully take a step back. If you have not run a connected course, let me clue you in– it’s all consuming. For many participants, their “over” state occurs anywhere form week 1 to any time beyond. And for others… well they keep the light on fueled by their own interests.

I lay claim to tossing out the #ccourses #notover tag combo (srcoll all the way back, for what it’s not worth)

Again, this is my observation- noting that the language fellow planners were using had signals in it – “last unit”, “after the course”, “last hangout”. As a course leader, when you use that language, it pretty much cues participants into that meaning. And maybe that’s wanted.

So no one (as in no one person) really knows or can say Connected Courses over. Simon Ensor playfully suggested an informal “Task Force” which has some traction. Howard Rheingold has offered suggestions for participants to plan a future unit, prodding some co-learning, or inviting people to remix the content created. I’ve offered to try and help with people who pull into the Blog Talk garage

Others are asking “where will we gather”? Is it in a blog post comment thread? in a Google+ community? in a discussion forum? Some want more structure. Some less.

My own thoughts it will be interesting, and likely useful to keep connected the people who are putting the concepts into play maybe next semester or later. There has to be a benefit in having peers to bounce ideas off of, to do some sanity checks. And likely the hash tag alone will be a solid meeting spot.

But… if you are looking to the folks who designed Connected Courses to give a bulleted action plan, well… rules of beach front Arizona property apply. It’s not because of lack of interest, and there are things in motion for 2015 (I am going to part of some next project).

Yet this “over” does not rely on any lady’s singing to be the signal, it’s up to y’all. It will crest, ebb, plateau, flourish, wither, flower in the ways complex living systems do.

“Overness” is not definable broadly.

If you want definitive, ask Yogi. 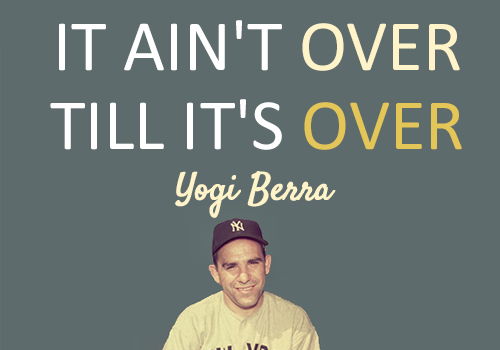