Warning: This blog post inspired by of all things a ‘favorite’ of a photo, and is being written without too much direction where it will go.

This is just one photo of mine. Someone recently favorited it in flickr (apparently Yahoo has not gotten the Twitter notice that Likes are the thing). 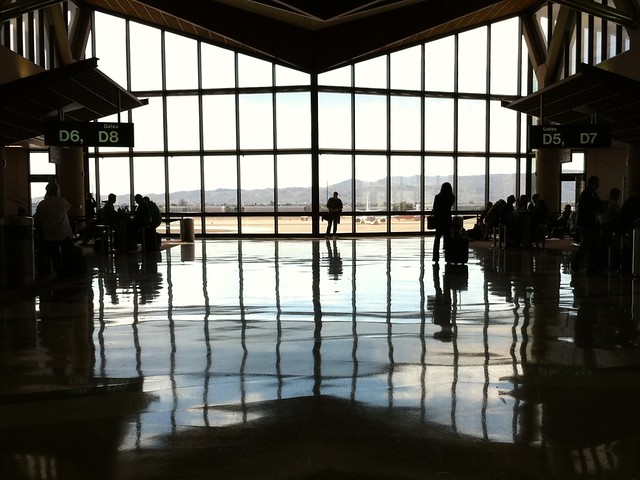 For whatever inexplicable reason, this one gets a lot of views in flickr, like 32,000 and a whopping 23 faves. I like the photo myself, the silhouettes in the windows, the rippled light reflections on the floor. I cannot say I saw it at the time, and pretty much consider it a snapshot (with an iPhone 4) intrigued by doing what one is not supposed to- taking a photo into the light, and somewhat the geometric shapes I saw at the end of Terminal E at Phoenix Sky Harbor airport.

Maybe it’s some kind of paradox that something done with much intention has more external interest than I could ever have guessed?

But there is more of a paradox- the date taken is February 25, 2011. My memory indicated that this was my last official trip to Austin as an employee of NMC, one before I stepped out into the Great Wide Open (insert “jobless” in that title). It was a trip full of trepidation and conflict.

So I try to place it in time- my Google Calendar does not have the travel listed, but my past travel stored in TripIt confirms and confuses my memory. This was not the start of that trip but the middle- the start of the trip was to the 2011 EDUCAUSE ELI Conference in Washington DC, where I told my CEO that I was quitting NMC. Then there was a trip to New England (visiting Vermont?), a confernece talk in Florida, a pleasure trip to San Francisco, and then a changeover in Phoenix, normally where trips start and end, before that last trip to Austin.

So one favorite in flickr sends me wand down my tangled corridors of memory, with personal and professional paradoxes galore.

No wait, my info is wrong. The vertices of old GMail, TripIt, my blog, and flickr helps me coordinate better. The trip to New England was to give a talk at Keene State College when Mike Caulfied was still there. Ironically, a sign I photpgraphed at the university entrance is almost as popular in flickr as the airport photo 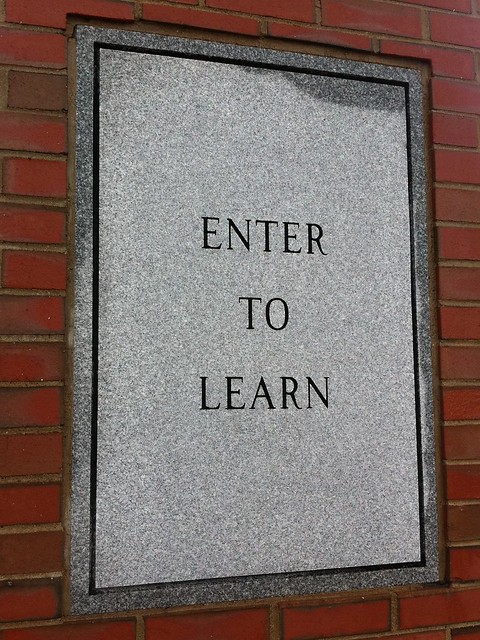 Then it was to St Petersburg Florida for a keynote at the ITC conference– ironically it was Through The Lens a talk I did about what looking though the camera means as a metaphor for broader purposes of learning.

More paradoxes from combing trough my flickr photo archive– hardly the first time where my photos jog, fill my memory holes– after the conference I drove to Ft Myers to visit my Mom a few weeks after her 81st birthday. 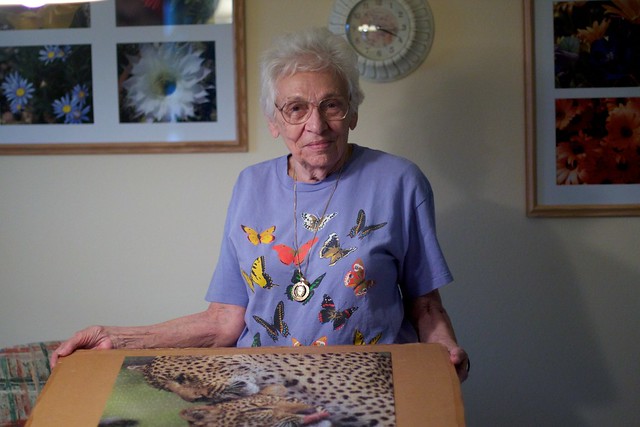 Little did I know this would be the last time I saw my Mom as she passed away unexpectedly in August, two months before my planned visit.

Damn, I did not see that one coming from that one flickr photo of an airport terminal.

I am likely mis-using the word “paradox” here, but hey, its my blog and I can do what I want to. I started thinking about it in the context of that one photo, which, as creative commons licensed, is readily re-usable. A few folks have done so; perhaps chances more that I will never know about.

But it was triggered by Rolin Moe’s writing about the Content Paradox a take on David Wiley’s original reusability paradox and it’s addendum of the open license escape clause.

I vividly remembering the clang of sirens and opening of cosmic insight light in the old Learning Object days when he wrote of the paradox — more or less that as the re-usability of an object/content increases it loses its context that gives it educational value. And its true, my photo on its own is not a useful object of creating learning… it has almost zero context… on its own.

And maybe that’s the problem of objects that in the day would click together like toy blocks, that they have everything inside of them. What’s left it is the context of the people involved with using / learning from it, and all the potential things that it might offer via being openly available, not to mention just triggering associations.

So no paradox here- I have nothing of significance to offer on the reusability paradox. I do not in conversation with faculty they often speak of re-use as simple as using someone else’s YouTube video or image… in their own context making.

But thanks to that darned photo, I just spent an hour combing through my own associations and maybe, maybe regenerating new ones. The open internet, for me, it just keeps producing these unexpected, serendipity infused experiences. No paradox there.

All from one photo. I’ll take its low quantity of educational efficacy any day.