I’ve been dog-less since 2008. There was extensive travel in those years and moderately extensive excuses not to have a dog.

That phase is over as of today.

Meet Felix, a 22 month old Australian Shepherd / Catahoula Leopard Dog mix. Yeah I had to look up that breed:

Louisiana’s “hog dog” is a jambalaya of native American dogs, Spanish Mastiffs, and Greyhounds. Catahoulas were created to track and drive feral hogs and cattle when it was time to butcher them, and not surprisingly they are aggressively resolute in their work.

This tough yet strikingly beautiful dog can have a spotted, brindle, solid, or patched coat of many colors. Other outstanding physical characteristics are his webbed feet, which allow him to swim well and work in soft, marshy areas, and his eyes, which may be blue, green, brown, or amber. Some Catahoulas have eyes that are each a different color or “cracked” eyes: two different colors within the same eye.

Befitting their heritage as herding and driving dogs, Catahoulas are wary of strangers. They’re protective of their families and opinionated about who is and isn’t trustworthy. People who live with them say they’re excellent judges of character.

Expect to provide this hard-working and independent dog with at least an hour of strenuous exercise daily as well as firm guidance during training. When their exercise and leadership needs are met, Catahoulas are loving, calm, and dedicated companions.

Getting a dog was a plan I had with the prospect of the 18 month contract work with Creative Commons. I was going to wait… after our first May meeting in Washington DC, and maybe after a June trip for a week in Guadalajara for a second round of the UDG Agora project.

Then last week, the thunderclap… thought “What the heck are you waiting for?” So on Monday I made a visit to the Humane Society of Central Arizona in Payson (30 minutes drive from here).

Of all the dogs I’ve had, they were found (Dominoe), or from a breeder (Mickey and Cadu), or ones that someone else brought home (Skamper and Fresa). This was my first trip to the shelter, and yes, I left Monday without a dog. but I found two I liked, the second one I spent time with was Felix. 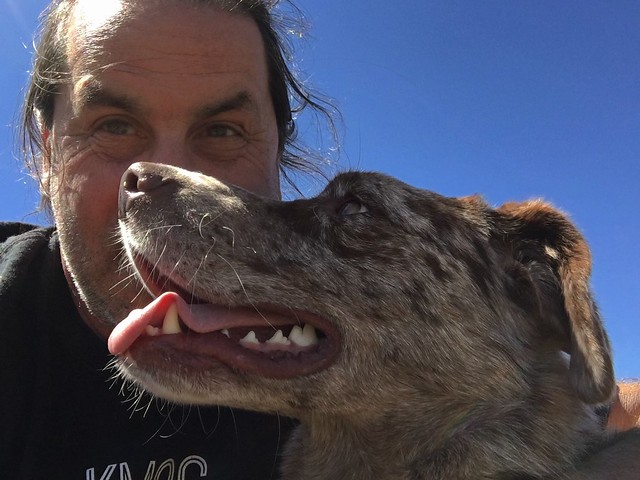 I wanted to wait, some just to think, but mostly to prep the house. And I needed every possible dog item, I had nothing (a big trip to PetSmart). But today at noon, they brought him out for me to take home. 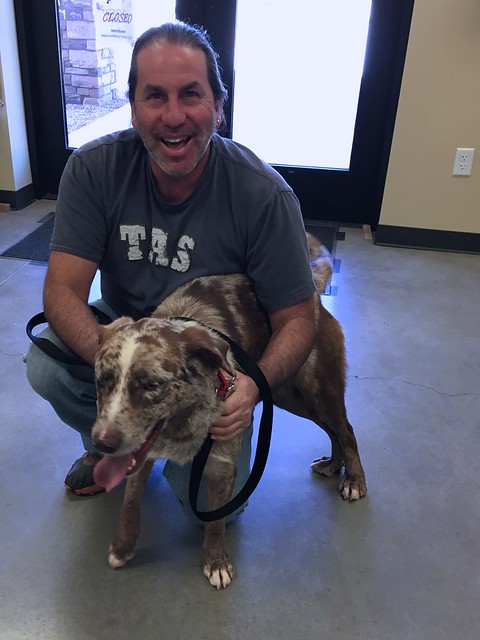 I was super happy Felix hopped in the front seat of my truck (aka Red Dog) and was happy to sit there calmly on the drive home. We spent some time outside first, letting him get the sniffs of the neighborhood and the yard.

And with good timing, today’s DS106 Daily Create was to make a video about puppies (Felix is close enough).

He’s amazingly calm and happy for being tossed into a new environment. There’s that unknown of not know what the dog’s past is like, and the energy in the shelter is so manic you cannot judge all the nervous barking there.

But Felix has been super affectionate, jumping into my arms even, we’ve done fetch, and he seems pretty comfortable sleeping now on new dog bed. He seems to have “sit” as a known command, and he walked well without too much pull. The few yappy dogs we passed, he became alert, but he was not charged up aggressive.

He seems to be settled in nicely: 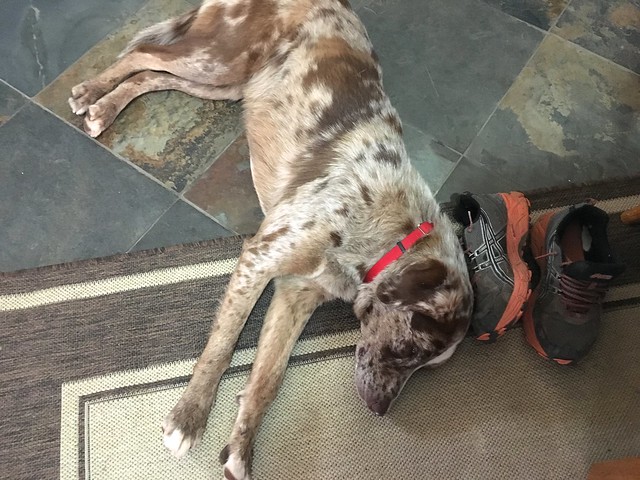 I feel fortunate to have this fella around.

Okay so I have made a namesake of dogs and use them as metaphors frequently. They are loyal and playful and fun yet so much more. A few weeks/months ago Mariana Funes shared this video of one man’s experience with a rescue dogs that literally saved his life (warning, this video likely will generate tears):

I’m not expecting life saving, Felix, just be your dog self. In my house. In my life.

We some adventures ahead of us! 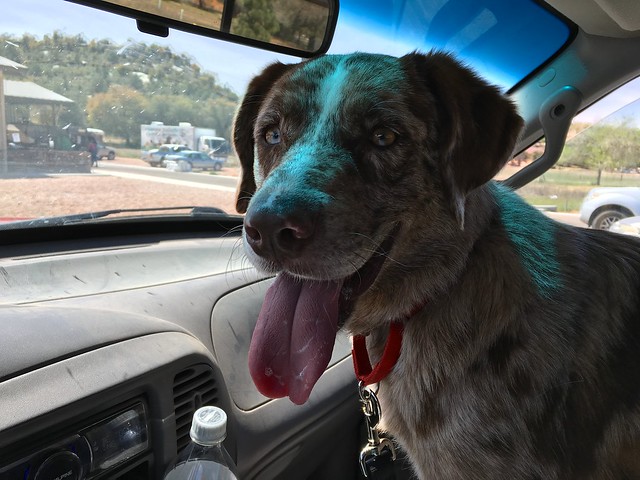 Top / Featured Image credit: A photo I took about an hour ago… now a flickr photo https://flickr.com/photos/cogdog/26010856790 shared under a Creative Commons (BY) license