Part of the overview of APIs shared by Kin Lane at last month’s Indie Ed-Tech get-together was his idea of doing our own inventory of web services we interact with, as each is potentially something we ought to manage via our own API (since there are likely ones managed by those services at work in all those exchanges).

As he does, Tom Woodward has been ahead of the curve, with his series of posts First Steps in the Personal API, a pursuit of nirvana, and his latest bit more on it.

While at Davidson I wondered to myself of some way people can approach this with guidance, beyond a listing as a blog post. Could itself be an application (likely), or even some kind of spreadsheet with some logic built in? Tom had to go in manually and find out how many flickr images he posted, videos uploaded to YouTube. A lot of this stuff seems to be queryable via APIs.

Having started dabbling a bit yesterday, it ends up looking like a goliath task. I wanted to play some with spreadsheets, but these are just messing around.

I started first making a sheet for all the domains I own (looked at my account on Hover where I register them all).

Just for formula fun, I added a column that checks the status of the server – I was inspired by the way Pinboard indicates past bookmarked links that have gone off the grid. I found a script that can check a URL by checking its HTTP response– with more cleverness i should return a human readable status (200=ok).

I also added a column that automatically builds a link to the URL in the Wayback machine.

Next, I started a worksheet for hosted media (photos, videos) but later just made it hosted “stuff”, it was more than 45 minutes to pull this stuff out manually:

A question might be, what services do I even have accounts on? I took a play with Namechk, which runs checks on whether a given username is used/available for domains/social media sites: 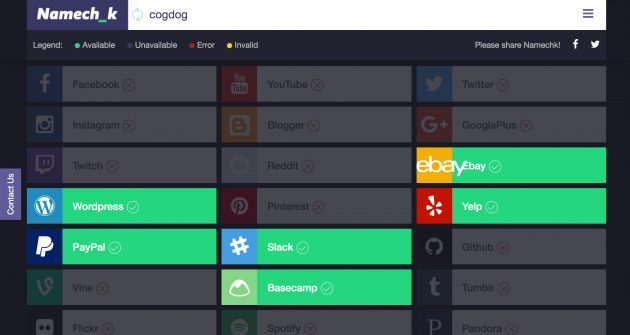 I would have to also run it on “cogdogblog” and sometimes “cogdogroo” I have used in addition. For interest, especially Kin’s, they have an API (you gotta pay for use).

For future reference, I found Just Delete Me a site that aims to make it easy to close un-needed accounts: 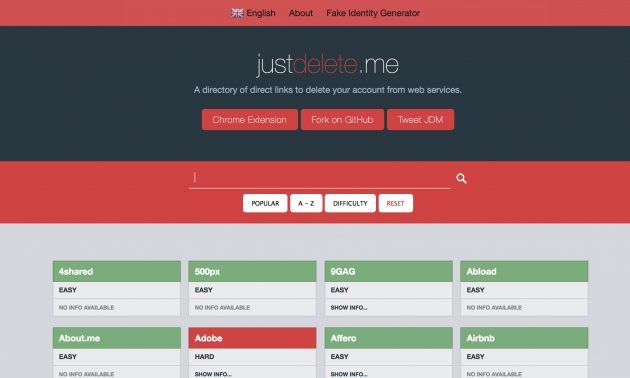 But if you really want a window into All The Sites You Forgot making Accounts For OR Worse, What The Heck They Even Are, look into your browser preferences for all your saved passwords. I looked in Chrome, but also found they are stored in my Google box via http://passwords.google.com.

I had 601 items. Some are duplicate entries, but many are sites I am scratching my head over. I did a quick screencast scrolling through just the site names (not revealing my username, think about this stuff, folks)

I think my wheels are spinning here. I might go back to Kin’s structure and start listing a new.

Hopefully your PAPI gets as cool as DJ Grandpa.

Top / Featured Image: This metaphor is a stretch and a half, but I love the photo so much, I did one of those shrug/meh things. I was thinking of “PAPI” as “PAPPY” or “POPPY” like a wise grandfather. I never knew my grandfathers, but can conjure images. Poppy searches got me flowers, “Pop” was just pictures of the word, so I went for “grandparent”.

This images is a flickr photo by garryknight https://flickr.com/photos/garryknight/17101308848 shared under a Creative Commons (BY) license